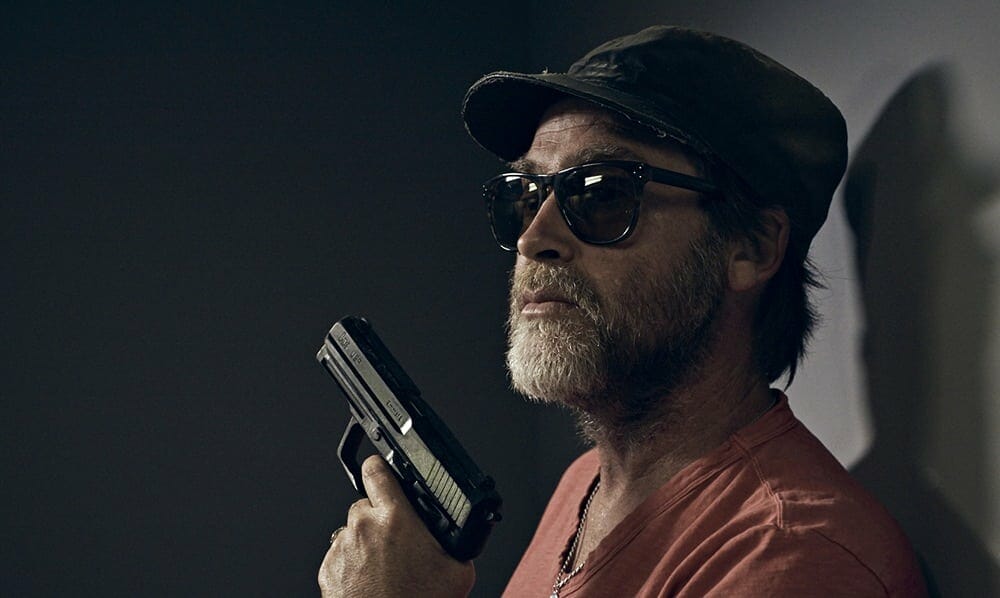 Stay in action and stay out of debate. Debate and resistance are a terrible disease for all of us.

Patrick Hoelck’s work resonates because it does not hide, pervert, destroy, or malign. Instead, it emboldens an individual for who they are. Sexuality and celebrity status are consequential of being human—of being a man or woman, actor or actress, singer or musician, model or cult personality. Glamour and attitude are consequential of one’s pride and self-respect. Hoelck’s work captures these symptoms at face value.

Hoelck, born in Santa Monica, California in 1968, is an American contemporary photographer and director. In his early teens, Hoelck made his way to New York City where he was quickly absorbed into the lawless city streets of the 1980’s and at sixteen began directing music videos during the emergence of rap music.

In 2002, Hoelck self-published his first book of photographs and short stories, entitled TAR, which was the catalyst for his emergence as a professional photographer. He gained momentum after friend Vincent Gallo chose him to shoot the cover of Flux magazine over the late Richard Avedon. He has since shot for major editorial, fashion and advertising clients. His subjects include celebrities and musicians such as Clint Eastwood, Emily Blunt, James McAvoy, Samuel L Jackson, Adrien Brody, Mark Ruffalo, Anna Paquin, and Katie Holmes.

In 2010, he made his feature film directorial debut with “Mercy”, winning Best Director and Best Film at the Savannah Film festival. While his film enjoys success Hoelck continues to explore the intricacies of human nature through the lens voilÃ.

In 2011, he released a book of Polaroids entitled Polaroid Hotel, the book signing and exhibition enjoyed great success being hosted by LEADAPRON, curated by OH WOW, and receiving praise from Art in America. Hoelck currently lives and works between Los Angeles and New York City and continues to shoot for clients all over the world as well as expand upon his body of fine art.

Where did the idea for Polaroid Hotel come from?

A lot of my photography in the past has been about control. With Polaroid’s, there is a spontaneous magic where you don’t know exactly what you are getting. These inspired me to compile the images that would become Polaroid Hotel.

I wake up very early in the morning and I meditate for 20 minutes. I drink a lot of coffee and then go on a hike if I have time. I come up with ideas for posts and marketing for the app version of Polaroid Hotel, which includes Snapchat, Instagram, LinkedIn, Twitter, Google+, text messages, and Mail Chimp. Around midday, I reply to a lot of emails and make a lot of phone calls regarding my first internet show called An Interview with Patrick Hoelck. When I’m done with that I try to get outside for a motorcycle ride and when I get back I like to read and paint and start the ending of my day.

I find that all my ideas come out of action. I try to spend very little time in ideation. For me, it’s about the action. I tend to shoot first and aim a little bit later.

I like technology. This app has been amazing, coming home and not understanding why we got 500 downloads in Paris keeps me curious. I’m excited by a lot. I feel excited to start every morning and see where the day takes me.

The worst job I ever had was directing a music video in Florida. I felt like no matter what I did there were too many opinions. All the money in the world wasn’t worth doing the job.

Nothing. I’m pretty happy with where I am at today.

Stay in action and stay out of debate. Debate and resistance are a terrible disease for all of us.

To keep my foot on the gas no matter if I want to our not. To stay active even when I’m tired of it. To keep smiling when I feel like crying.

I got a large amount of financing to build an app. The politics, engineers, and lawyers wanted 90% of the money that was given to build it. After complying to about 50% of the money in legal and ideation, I realized we wouldn’t have the beta built. I shut it down to move on to other projects. Sometimes knowing when to quit and putting my energy into other places is my best asset.

A rehab for people that are strung out on their mobile device.

The best $100 I spent recently was on a Facebook ad.

I’m starting to use Snapchat a lot more. I find that the people I’m reaching out to practically live on it.

The Fountainhead by Ayn Rand– it lays out everything you will every face during life.

I don’t really have role models. I get influenced by going out into the world and just working.