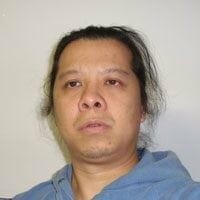 [quote style=”boxed”]I believe in teamwork. In my opinion, a good team is not defined by a few (engineers, soccer players, anything…) but the performance of the whole team altogether. So I would rather hire 5 good engineers and get the best out of them, whether they become rockstar engineers or not.[/quote]

Marcelo Pham is a computer scientist with 15 years of experience in enterprise and scientific software research and development. Previous to Akibot, Marcelo founded Software Solutions, a software consulting firm that served commercial clients such as Sony and Sears, and federal organizations such as NASA and the Department of Homeland Security.

Akibot! Been working on it for the last 18 months, perfecting the natural language processing, pattern identification and other complex (and sometimes boring) algorithms…

Usually wake up at 7:30, have breakfast, head down to the office and turn into ‘mad scientist’. I read the news for like 10 minutes (mostly tech news) and have a virtual meeting with the team to plan the day and week. Then I work all day in a variety of subjects: analysis, coding (both prototyping and development), marketing, strategy, documentation, new ideas. After 7pm, I turn into ‘family man’ and play with my 2 y/o daughter, Zoe.

Mobile, augmented reality and RAM (yes, RAM… memory is something software heavily relies on, the larger/quicker RAM, the more we can do).

With software, I begin with a 1-2 day development prototype, test, repeat until prototype looks good. Define database, and then code.

When I was a teenager and ready to learn some serious programming, there were 3 ‘main’ programming languages: Pascal, C and Basic. Basic was, well, too ‘basic’. A programming professor in high school had told me that “C might take more time to learn, but in the long run you will see the benefits”. I was too self-confident and thought he was wrong, Pascal was gaining momentum. A few months later I became a Pascal expert. Years later though, Pascal was gone and C was (and still is) a very valuable, fast, used programming language. What did I learn? “Education is the ability to listen to almost anything without losing your temper or your self-condifence” (R. Frost). In other words, I learned to “listen.”

In this way you would have a way to know your “influencer” group of users, those are the ones willing to give you good feedback as well as evangelize your product. I think with so many apps out there (and all of them do a controlled beta release before going out), you can monetize that need.

I read technology and scientific publications every and all day, because it keeps me updated with the latest happenings: Techcrunch, Gigaom, ReadWriteWeb, ScienceDaily.

“The art of war”, one of the oldest and most successful books about military strategy. In my opinion, military and business have many things in common: planning, changing conditions and unexpected situations.

Steve Jobs. In my opinion, he’s a true visionary.

Last (and every) night. My daughter Zoe.

Would you rather hire 2 rockstar engineers, or 5 good engineers?

I believe in teamwork. In my opinion, a good team is not defined by a few (engineers, soccer players, anything…) but the performance of the whole team altogether. So I would rather hire 5 good engineers and get the best out of them, whether they become rockstar engineers or not.

If you wouldn’t have to worry about money, what would you do all day?

I would do exactly what I do every day. I love my job.

[box border=”full”]This interview is brought to you by Alex Schiff, the Co-Founder and CEO of Fetchnotes.[/box]