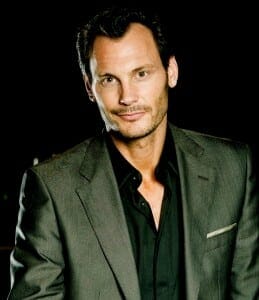 Mark Gantt is the Executive Producer, and Star of Sony Pictures Television’s web series, The Bannen Way, created by Jesse Warren & Mark Gantt. He plays a character named Neal Bannen who is a womanizing, con man and small-time thief who wants to start his life over. All he has to do is pull off one more job to pay off his debts.

Originally from Stockton, California, Mark got his start in the business working in the Art Department, Props and Production on over 100 feature, TV and commercial projects, all the while training as an actor and director at the Beverly Hills Playhouse. Before creating The Bannen Way, Mark wrote, directed, produced and/or edited over a dozen short films (including the award-winning Martine), and acted opposite Brad Pitt in Ocean’s Eleven, Burt Reynolds in The Hollywood Sign, as well as in many other films and TV shows.

We shot The Bannen Way in September of last year for nineteen days and had a four week post production schedule. It was a very ambitious project and we were up against the wall with budget and time.

Once we finished in December, we launched the first three episodes on December 23, 2009.

Currently I am preparing to pitch ideas/scripts for my next project. I’m very interested in the web as a place for great stories to be told.

1) The WEB – I’d have to say the first is New Media. I think the web is like the wild wild west. The web allows artists to create, grow and share the work with the world. It’s a place to share ideas and to help promote change on such a large, yet personal level.

2) Twitter – I thought it was a weird, waste of time at first but now I see it as a great way to share ideas and connect with people on a totally new way.

3) iPad, Kindle… all readers. I love being able to read scripts, books and magazines at any time where ever I am.

I think as an artist you have to just do it. My late great, mentor, teacher and friend, Milton Katselas wrote a book called DREAMS INTO ACTION. He used to say in class, “Its not dreams into waiting for the right time, it’s Dreams into Action!” So it’s all about taking the first steps. Listening to your intuition and going for it… I highly recommend a group of people that you surround yourself with, who are supportive, positive and hell… happy!
I’ve got some really creative people that I am fortune to work with. You can’t do filmmaking/acting in a vacuum. You have to create it and then get it out there. I like to surround myself with people that do it better than me. I can be constantly learning what to do and how to do it.

I have written several scripts, started many projects and then someone said to me; “oh… yikes you’re doing that? wow, yeah they don’t like that anymore.” or “you’re gonna act and direct?” and then bammm. I’ve stopped. I’m done. I’ve heard what my little voice in my head was waiting to hear… The NO! You can’t let NO stop you. You have to move past it and follow through. Jesse Warren and I made The Bannen Way with so man “NOS” along the way we had to laugh.
So don’t give up. Don’t take NO for an answer.

Geo-tracking or Lojack for my socks. I have twelve single socks in my drawers….

How did you know that you could co-create, co-write and star in your own series?

Honestly I didn’t know for sure. All I knew is I was tired of complaining and waiting for an audition or opportunity. I did know that I had enough knowledge about production, story and acting to give it a shot.

What did you learn most from your parents?

Be kind to people and always be available to help… without expecting anything in return.