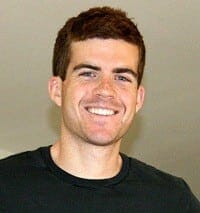 Mark Hendrickson is the CEO and co-founder of a consumer internet service called Plancast. Formerly he was a writer and web developer for TechCrunch from July 2007 to February 2009.

Mark attended Bowdoin College after growing up in Menlo Park, California. He majored in both Government and Economics while working as a freelance web developer.

Plancast,  a way to discover events and other social activities.

There’s a long answer and a short answer. The short answer is through hands-on development and design work, wherein I’ll take an idea and then try to build the most viable simple version of it as quickly as possible. Then I’ll see how people use it and either develop it further or switch over to another idea based on what I learn.

Other startups and their dedication to building new experiences and implementing existing technologies in new ways. Also: thoughtful design, no matter the medium.

It’s crucial in a startup to constantly prioritize the most important projects and put anything on the backburner that doesn’t have a relatively high expected value. I’ve made the mistake of prioritizing things that shouldn’t have been prioritized, which caused resources to get tied up in projects that weren’t going to make a big enough difference for the things that mattered most at the time.

Someone needs to build a really simple yet powerful personal contact organizer. It’s too hard to keep track of the people one knows professionally and personally, and it’s not easy to search one’s network when you need something.

I’ve recently been reading The Innovator’s Dilemma which contains a trove of insight into how startups and larger corporations approach innovation differently.

I use surprisingly little software to work, but TextMate and Photoshop are my weapons of choice.

David Karp, the founder of Tumblr.

What’s the best reason to start a company?

Because you want to breathe life into something that didn’t exist and then see it provide value to others at scale.