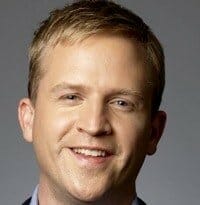 Matt Flannery began developing Kiva in late 2004 following a trip to Uganda, where he witnessed microfinance first hand. At the time, he worked as a computer programmer at TiVo, Inc., and Kiva was a side-project. However, in December 2005 Matt left his job to devote himself to Kiva full-time. Since then, Kiva has expanded to work in nearly 60 countries and has raised nearly $200M in funds for the working poor.

As CEO, Matt has led Kiva’s growth from a pilot project to an established online service with partnerships across the globe and millions in dollars loaned to low income entrepreneurs. Through Kiva, he has helped raise awareness about microfinance and helped take the movement to a new level.

Matt is a Draper Richards Fellow, Skoll Awardee and Ashoka Fellow. He graduated with a BS in Symbolic Systems and a Masters in Philosophy from Stanford University.

We spent the last five years building a community of people lending to people to start businesses and through this, we’ve noticed that people were more generous than we ever imagined. Back then, we stumbled upon a large pool of debt capital that was risk tolerant, flexible, patient, and building fast. It’s not traditional charity, but it’s not profit-maximizing either. Now, we are in the process of figuring out how we can use this resource to catalyze change among a number of different issue areas, in particular, education and the environment. We’re constantly asking ourselves how we can use what we’ve built to create the next big change.

We are part of the first generation where it will be possible for every person to connect with every other person on the planet.

Payment systems are spreading so that you can actually do business with the two billion people who have thus far been left out of the formal financial system.

People are fed up with an economic system that only captures our greedy nature and are looking for ways to express the compassion they naturally feel.

I have the joy of meeting with people in the Bay Area and across the globe that have a deep desire to help one another. I sometimes get to speak with kids, and that’s where I see this desire in the purest form. Kiva is one conduit that they can use to express this side of their nature and it makes me feel so incredibly optimistic.

As a founder and an entrepreneur, it took me some time to learn how to let go as a manager. As a CEO, I learned to focus less on the issue at hand and more on the environment I was helping create as a leader.

The mobile payments space is awfully fragmented worldwide. Someone should create a global switchboard that connects all the various systems — similar to how the bank wire system connected bank accounts decades ago.

Over the years I’ve read everything by Nobel Laureate Muhammed Yunus as a source of inspiration. Yunus has applied the entrepreneurial spirit to social issues better than perhaps anyone. He remains guided by personal conviction and a huge heart.

The mind is the best piece of software out there that brings ideas to life. We often neglect the health of our minds. In this day and age, it is easy to become addicted to a constant stream of meaningless data and lose sight of the big picture. Meditation is the best tool I know of to bring the mind into a calm, focused and open state – the place you need to be in order for inspiration to occur. I recommend meditating every day. Good things will come from that.

In terms of software development, we are an agile shop at Kiva. Although we start with big ideas, we exercise the discipline to decompose these big ideas down to bite-sized fragments. Every two weeks, we witness them come to life and absorb real time feedback from our user base. This guides our work for the next two weeks.

I’d love to see you interview Amanda Lindhout. Amanda is a Canadian war journalist turned philanthropist who recently returned from 15 months in brutal captivity in Somalia and was released on ransom. Rather than becoming bitter, Amanda is using her experience to bring healing to Somalia and started a foundation to empower the women of Somalia to transform the country. Expect big things from her.

How do I raise money for my non-profit on the Internet?

If you are looking to bring your non-profit online, throw out your offline strategy and start over. Don’t hammer your audience with urgent calls to action as you used to do with direct mail. Don’t focus on advertising spots either.

Internet philanthropy works when you foster community and erase the once massive boundary between an organization and its constituents. On the Internet, the community IS the organization. Create a dynamic where people are moved to invite other people to join. It’s not a one-to-many relationship, it’s a many-to-many relationship. It is a relationship that is based on hope, not pity. Give users incremental rewards daily and appeal to motivations other than despair.