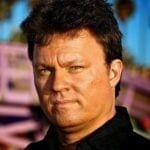 Mark Jeffrey is a serial entrepreneur and author. He has co-founded four internet companies and written two novels.  He is currently CEO of ThisWeekIn.com, a web television network he co-founded with Jason Calacanis and comedian/actor Kevin Pollak.  His new novel, MAX QUICK: THE POCKET AND THE PENDANT, will be released in hardcover from HarperCollins on May 1, 2011.

Previously, Mark was CTO of Mahalo.com, Inc., a company founded by Jason Calacanis and backed by Sequoia Capital (Google, YouTube, Yahoo, etc.), CBS, Newscorp, Elon Musk (Paypal) and others. In 2002, Mark co-founded business social networking company ZeroDegrees, Inc. and sold it to IAC/InteractiveCorp in 2004 with more than one million registered users.

In 2005, Mark podcast his first two MAX QUICK novels; they received 2.5 million downloads, leading to the book deal with HarperCollins.

Mark founded his first company, The Palace, Inc., in 1996.  It was backed by Time Warner, Intel and Softbank and sold to Communities.com in 1998. The Palace was a popular avatar virtual world environment that grew to 10 million users at its peak. It was selected “The Best of 1996” by Entertainment Weekly, received numerous awards and coverage including: a Webby Award nomination, “Cool Innovation of the Year” nomination, and Chicago SUN-Times’ Best Website: 1998.  He also was the co-founder and CEO of SuperSig, Inc. in 1999, a company that built web application functionality into email signatures.

Mark has been named one of “50 to Watch” by Variety Magazine, selected as one of the “Digital Coast 50″ by the Silicon Alley Reporter, and one of the “Heroes of Multimedia” by Entertainment Weekly. Mark also presented as a featured speaker at the first Harvard University Conference on the Internet and Society in 1996.

At ThisWeekIn, we’re workshopping a new show called “This Week In Transformation.”  It’s hosted by fitness guru Bill Phillips — you may recall him as the author of BODY FOR LIFE, the best-selling fitness book of all time, or as the inventor of MetRX.  The show will be all about ‘transforming’ your health and your life — not just a nutrition and exercise show, though it will have that as well.  I’m personally really excited about this show and can’t wait to launch it live.  In my mythical free time, I’m also working pretty hard on promotions for the MAX QUICK novel that comes out in three weeks.

The Web Invading Living Room Television: With devices like Google TV and Apple TV, a show can now originate from a cable channel or an IP address with equal ease.  The line is blurring very fast between network television and internet television.  I think within a year or two, that line will actually be gone entirely.

Self Publishing: Amanda Hocking famously sold her self-published vampire novels for 99 cents on the Kindle and made well over a million dollars.  Now she just signed a two million dollar deal with a big publishing house.  I love that novelists can now bootstrap like internet entrepreneurs — in fact I call these people Authorprenuers.

Democratization of Advertising: “The Brand Called You” is now sponsorable, and I believe that trend will only increase.

Just jump in and start doing.  Don’t be afraid to suck in public.  Course-correct quickly based on feedback.  You will always be surprised by the reaction of real people; the trick is not to fall in love with your idea and let that blind you to feedback.

I love what the weird and strange and brilliant and utterly unpredictable people out there will do with your project when you launch it — there are always surprises.  “The street finds its own use for technology,” as William Gibson put it.

I worked too long on a project that was obviously a failure and I missed other opportunities.  There is a cost to staying put.  Once you’re pretty sure it’s not working, best to cut bait and try something else.  You’ll bring what you learned with you and be better the next time around.

There is a huge opportunity to create a low-cost ‘TV studio in a box’ solution.  All of the current solutions have very convoluted user interfaces that seem to draw on an analog past.  I recently sat down to learn one and was appalled by the crappy UI design.  Someone should start from scratch and make a switcher that anyone could pick up in 5 minutes, like Apple’s new iMovie.

Well the obvious tech blogs like All Things D, ReadWriteWeb and now the LAUNCH newsletter.  Mostly I watch my Twitter stream and if something interesting bubbles up, I’ll see it there.

MAX QUICK: THE POCKET AND THE PENDANT  🙂  Other than that, I would say have a look at “Crossing the Chasm.”  It’s an old book that basically says that for tech companies to succeed, you have to pick one thing and one market and concentrate all your firepower there.  Just like the Normandy invasion: we took that one beach and owned it.  Then — and only then — we spread our forces across Europe.  The people who get distracted by every new shiny idea and try to do too much fail.  They burn out their people and their efforts are a mishmash of half-finished products spread out too thinly.  Focus.  Do one thing for one market and be the best at it.

The guys behind 37 Signals would make a great interview.

How do you write novels and run a company at the same time?

I don’t.  I couldn’t.  I wrote the first novel after my second company failed and the tech bubble had collapsed.  This was around 2001, 2002.  I wrote the second one after my third company succeeded and I had an exit that allowed me to write full time for a few years.  Both are all-consuming enterprises, both require full immersion.  It just seems like I’m doing them both at the same time because the book is only coming out now; in reality it’s been in the works for a little under a decade.