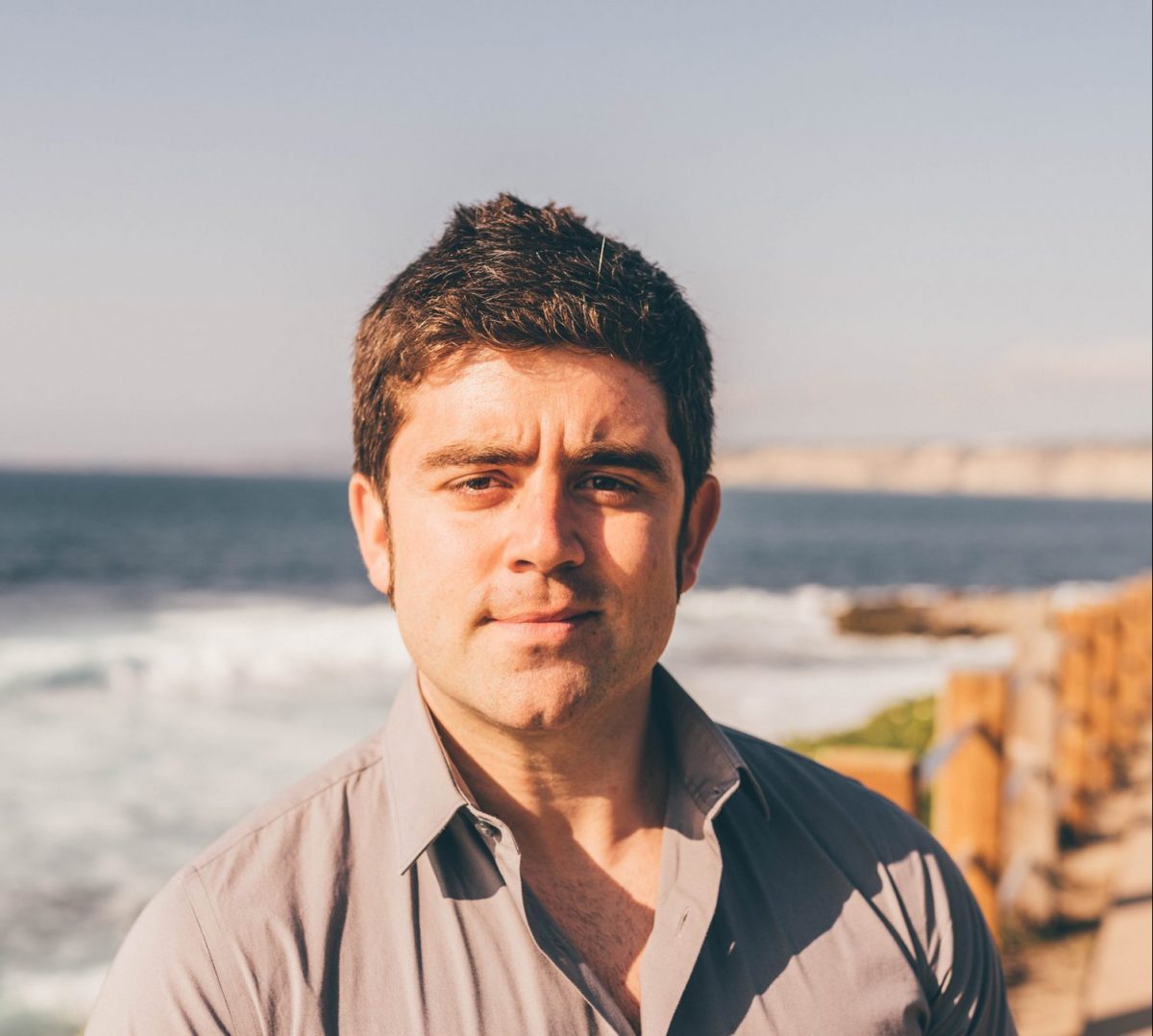 It is important as an entrepreneur, as a leader, to be mindful of how many things you genuinely always must pay attention to.

Marko Mandaric founded Bmmpr in 2017, bringing over 20 years of leadership experience and detail-obsessed work to the company. Shortly after starting Bmmpr, Marko was awarded a product patent for the company’s revolutionary car alarm technology that sends real-time updates to users in the case of any break-ins, disturbances or towing situations. As the founder and CEO of Bmmpr, Marko spearheads the company strategy and vision. An intrinsically dynamic and creative leader, Marko developed his laser-focused mentality while recreating reality in his prior career in Visual Effects in both television and film. His work is visible in commercials and movies, worldwide. When Marko is enjoying time away from work, he obsesses over all things car related, and dreams up the next great innovation.

Where did the idea for Bmmpr come from?

The idea for Bmmpr actually began on a road trip to Seattle that my wife and I were on. As we were driving and stopping from city to city, it occurred to us that car alarms overall are pretty useless. They make lots of noise but not much else. So, we immediately got to work with the goal of giving car owners everywhere the power to respond. Three years later we feel we’ve built something every car should have from the factory.

I like to wake up early, get to the gym and get in a little “self-time.” After that, I take care of our dog (feed him, play with him, etc.) because he’s an important part of our lives and he’s company mascot, so we have to make sure he lives a long life! Then I’ll head into work and knock out a good functional and productive day. Right now, we’re in the process of setting up and getting settled into our new office in the I.D.E.A. District in San Diego’s East Village and overall, we’re just extremely excited about the opportunities being presented to us at this time.

We have a lot of things we’re focusing on as we start shipping out, so for us staying productive throughout the day is a matter of using Asana. We’re really Asana friendly here, it helps us to stay on track of what we’re trying to accomplish throughout the day.

Execution, execution, execution! Here at Bmmpr we go through a lot of ideas, there are a lot of things we talk about, a lot of potentials we look into. Most recently a great example would be when we were looking to move away from one kind of system to send data into the cloud to another kind of system. Rather than talk about it too much, we just sat down and started coding, trying to find a way to make it work. In just a few days we were able to get the first official turnaround time of less than five seconds between an impact hitting a vehicle and the notification to a phone!

It’s really all about teamwork here and making sure we’re communicating with each other efficiently and effectively. We’re also very Slack friendly and we rely on it to coordinate between our engineers and other employees in order to be as productive as possible.

The slow realization that autonomous car driving is going to take a lot longer and more effort than people anticipated three years ago. I like the reality check that sometimes technology requires us to take in order to understand how difficult something is. You can execute, execute, execute as much as you like but at the end of the day if the technology isn’t there, and it’s not the right time, it’s going to take more time to get there.

If there is one thing I had to pick out of the group, it’s being mindful. I probably focus on 15 different things at one time, and it’s so important as an entrepreneur, as a leader, to be mindful of how many things you genuinely always must pay attention to. The ability to do that in terms of capability is a discipline of paying attention to the small details that make a difference in your day to day business life.

Start paying attention today. That honestly would be my key piece of advice to myself. Second on that list would be – don’t get hung up on buying cool fancy cars and realize if the “juice is worth the squeeze” it will all end up OK.

I have a working theory that over the last 20 years or so, the dot com bubble burst lead to a huge number of accidental millionaires. There is a sense in the Silicon tech industry that there is a purpose and focus derived from the work that is achieved by people at the top. In my opinion, we’ve had a lot of people reach great levels of success without really having a roadmap and a plan on how to move that success forward. I think it’s important to pay attention to the details on how you got to a point so that you can pivot and move in the direction that you need to in order to maintain your capabilities, wealth and status within an industry.

Measure twice, cut once. That is an old adage from manufacturing that was taught to me when I was in high school by a very wise woodshop teacher who always reminded us that if you’re going to do something, make sure you do it right the first time.

Hire smart people that tell you what to do. If there is one thing that a company leader or company head should acknowledge, it’s that you can only wear oh so many hats for oh so long. You cannot always be the person who does everything and you shouldn’t be the person who does everything. If you genuinely want to scale your company and build out an ecosystem of knowledge, growth and prosperity, you need to hire the right people to tell you how to get there. Don’t micromanage, let those people do their thing, let them faulter, hope it doesn’t cost you too much and at the end of the day, don’t be afraid to make changes.

Before Bmmpr, I was trying to startup a visual effects office studio and I took for granted that people I considered friends would always have my best interest in mind. This really became apparent when one of my best friends at the time went behind my back and sabotaged a couple things professionally and I had to let them go.

I feel overall it was a missed opportunity for me to pay attention to the details because after we let them go it became evident, especially after speaking with others, that this had been a long time coming. Moving forward it made me so much more aware and really made me pay attention to all aspects of my company.

I was at Best Buy recently picking up some emergency equipment we needed, thank goodness Best Buy does price matching to Amazon.com, and it dawned on me. Whomever is going to battle against Amazon is going to have to take a concept such as Best Buy, and fill it with companies who pay rent (i.e. Samsung, Apple, Microsoft, Netgear, etc.) and hire people who work for them as a part of their marketing budgets vs. having a big box retailer try to have margins off of something that they’ll never be able to compete against Amazon with. Not to mention, I think if you throw in free samples ala Costco, you’ll be able to fight on a level that no one else can compete on!

We were heading up north to pitch for the GAMIC Regional Finals and needed a presentation remote. I didn’t think I’d ever spend a $100.00 on a presentation remote until I found the laser presentation remote from Logitech. It’s a good piece of kit. It does everything that you hope it would do and it does it well. Best of all, it’s sleek, functional and looks nice. So, for $100.00, there is a lot of value in that one purchase because it makes presenting and pitching effortless.

We’ll we already spoke about Asana and Slack, so I would have to say AWS. Everybody loves AWS and if you’re not using it, you’re probably using Microsoft Azure, Google Cloud or Platform, but for me it’s AWS. In an industry where profits seem to be paramount and user experience/potential for user growth come second, AWS seems to be the opposite and its granular capabilities are such a breath of fresh air. The way they put the user first, how they use the product and the potential for them to grow just makes a lot of sense to me. The majority of Bmmpr’s backend lives on AWS.

The Particle at the End of the Universe. Much in the same way electronics have a basic set of fundamentals they must follow (i.e. Facebook isn’t just a website, Facebook is a website application that derives data from a database and presents it to an end user), The Particle at the End of the Universe, is a book about the search for the Higgs boson particle and what defines the existence of reality as we know it. It’s an in-depth astrophysics type read but it is so enlightening on how simple our world is. Take for instance, if the Higgs boson particle didn’t exist, matter would have no gravity/mass, all matter would float aimlessly in space and we wouldn’t exist as people. It’s really trippy!

“Nothing worthwhile, was ever done, with little effort.”