Matt Pipkin – Founder and CEO of Speak Your Silence 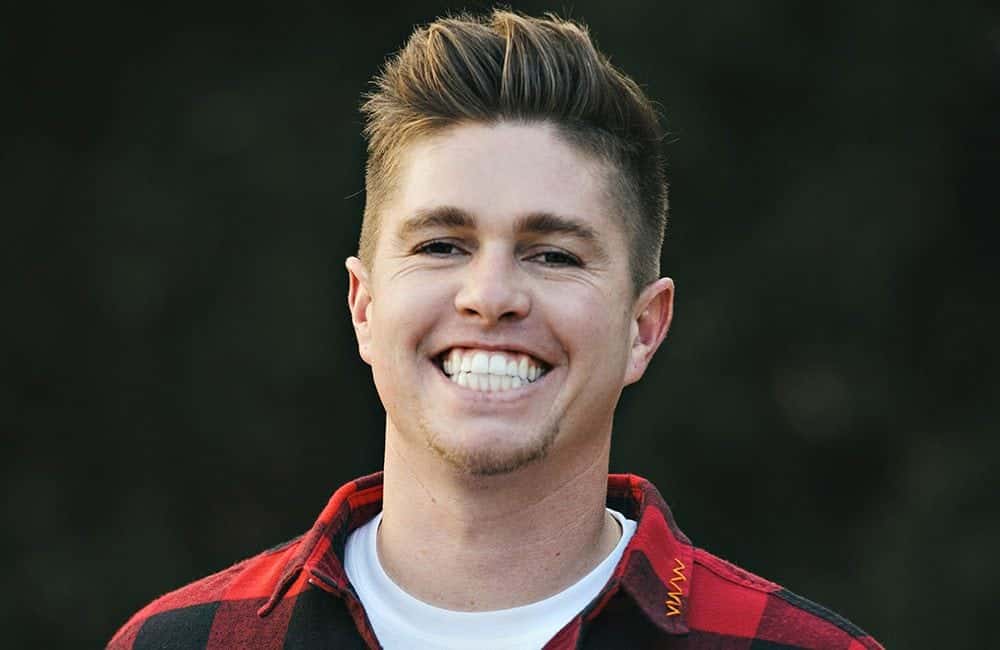 Trust your gut. As an entrepreneur, no one will ever care as much about your work as you do; yet, everyone will have an opinion. It’s so important to trust your gut and follow it, even if it goes against the advice of those you greatly respect and trust.

Matt is the Founder/CEO of Speak Your Silence, a nonprofit on a mission to conquer the stigma of child sexual abuse.

Matt was sexually abused at age 6; after twenty years of fear, shame and guilt, his life was changed a few years ago when he finally shared his story with his family and sought counseling.

Speak Your Silence fulfills its mission via its symbol, The Stitch, which physically represents your voice frequency when you wear it. 100% of public donations + profits from The Stitch fund in-person, one-on-one counseling nationwide for those directly affected by child sexual abuse.

Where did the idea for Speak Your Silence come from?

Speak Your Silence is a result of my own experience of carrying a heavy secret since childhood, and then having my life transformed a few years back. Roughly 20% of our population is sexually abused prior to the age of eighteen… yet no one wants to talk about this issue because it’s so taboo, heavy, and awkward. And I totally get it.

I started Speak Your Silence with the intent of shifting the social dynamics that surround this issue, turning it into a cause that people can be really excited to champion. A tall order.

The Stitch is our answer to fulfilling this mission. By wearing it, you show support for your friends and loved ones to share the stories they’ve always been afraid to share. Very simple, but it’s stylish and packed full of meaning.

I keep moving most the day, beginning with my social fix at the coffee shop in the morning, then to the office, home for lunch… and more coffee in the afternoon (don’t judge).

I wear a lot of hats, so two days are never the same. Some of the best advice I’ve ever received is: “Focus, focus, focus.” So, each Monday I create a short list of primary focuses and goals for the week ahead. This helps focus my brain, makes my very full schedule feel manageable, and helps me physically see my productivity as the week moves along and as items are checked off. (*This answer makes me sound so boring!)

First, I sit on ideas for a while to explore them, poke holes in them, and gauge my long-term interest and commitment to them – and most importantly, their alignment with our mission. If I decide to move forward on an idea, it means that I’m committed to 1) following through and 2) doing so with excellence. If I can’t commit to those two things, I won’t pursue an idea.

I love how much focus young people today have on living lives and having careers that make a positive impact on others.

I regularly go on walks or hikes to think, pray, and just be in silence.

I worked at a tire shop and I was terrible at it. This job confirmed what I already knew – that although I’m capable of working tough physical labor jobs, I offer far more value from my mental creativity.

Nothing. I’ve made mistakes along the way, as we all do. But, those mistakes created opportunities to learn things I would never have learned otherwise. I’m very grateful that it’s taken a tremendous amount of work to get Speak Your Silence to where it is now – and we still have a long way to go.

Trust your gut. As an entrepreneur, no one will ever care as much about your work as you do; yet, everyone will have an opinion. It’s so important to trust your gut and follow it, even if it goes against the advice of those you greatly respect and trust. A truly great advisor will recognize this and will encourage you to trust your gut even when it opposes their own opinion on a matter.

Speak Your Silence was founded upon the truth that each person is infinitely valuable. As such, I work hard to ensure that every single person who is involved with Speak Your Silence – whether our largest donor or simply a follower on social media – feels valued. When people know how truly valued they are, they’ll do anything for you, and they’ll be your most genuine and loyal supporters.

I don’t use the word “failure” in relation to anything I do because I think it’s a toxic and weighted word. However, when I was about 11 years old, I was seasoned professional at mowing lawns, being as I’d done it since I was about 8. So, I became business partners with a friend of mine, and we locked down two clients whose lawns we mowed weekly. My partner was a nice guy and is still a friend today, but occasionally, he wouldn’t show up for a job… yet we still split our earnings. This wasn’t a “failure”, but this was when I learned that I was better off running my own business independently because I knew I could always trust myself to show up and do the job. I could’ve purchased an extra snow cone with that money. So, I gave him one mowing job and I kept the other, which I kept all the way through college while home during summer breaks.

I think it’d be fun to have pontoon hotdog stand that floats around on the lake in summer and serves as a “boat-through” (boat version of “drive-through”) for any hungry boaters who want to eat a hotdog. It may not be a million dollar idea, but it’s probably a million hot dog idea, which sounds a lot tastier anyway.

I took my wife out to dinner. We had a lot of laughs and played cards (but she won, which was unfortunate).

I’m not the guy to ask this question. I use Gmail, Pandora, Google Analytics. and Endicia and/or ShipStation for shipping product. We just started using ShipStation for the fulfillment of products, which I do like because it’s cheap and saves us a lot of time.

Hm. I rarely read business books because they put me to sleep. I remember reading Think And Grow Rich by Napoleon Hill back in 2009 and really digging it. In spite of it’s title, it spoke to me not in regard to money, but rather on focusing on what my passion or “burning desire” was and pursuing it with everything I’ve got. Regardless of what you’re passionate about, it’s a timeless classic, written in the 1930s.

Justin Foster. He’s been a friend for a long time and also serves on Speak Your Silence’s Advisory. Every time I chat with him he shares great little nuggets of wisdom and asks thought provoking questions that spur a lot of thought.