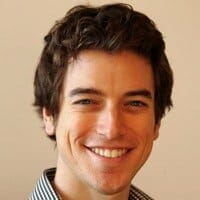 Michael Schneider is the CEO of Mobile Roadie, the leading self-service mobile app engagement platform. In just a few minutes, anyone (no programming knowledge required) can create an iPhone, Android, Blackberry, or Nokia app. The apps can stream video, audio, news feeds, Twitter, Facebook, sell digital content, physical merchandise, and much more. Customers include Warner Music, Universal Music, Sony Music, EMI, Live Nation, the World Economic Forum, Random House, and Harper Collins. Partners include Topspin Media, Soundcloud, Livestream, Songkick, and Brightcove. Mobile Roadie powers over 1,500 apps including Madonna, the Beatles, Taylor Swift, Linkin Park, Bon Jovi, the World Economic Forum, the Miami Dolphins, and the Dallas Mavericks.
Based in Los Angeles (and on an airplane), Michael attended USC’s Marshall School of Business and the Lloyd Greif Center for Entrepreneurial Studies. He’s been the recipient of numerous awards including the SBA’s “Young Entrepreneur of the Year,” Business Week’s “Best Entrepreneurs under 25,” and “Top 20 in their 20s” by the Los Angeles Business Journal.

Trying to keep up with the ever increasing fast pace of mobile!

NFC (near field communication) – the ability for our smartphones to become our wallets.

LTE – we need faster networks for our mobile devices to keep up with our demands.


Transparency – look at the revolt in Egypt – this would’ve taken years in the past, in just 6 weeks there is a revolution because of the ability to record and share information in real time anywhere in the world. Mobile’s role in this cannot be overestimated.

Surrounding myself with people smarter than me and focusing on the prize.

Entrepreneurship – people that throw caution into the wing – especially when they can’t afford to.

I started a company in 2007, raised too much money too easily, spent too much money building the product, which ultimately went under. I learned that quick releases and financial discipline are the lifeblood of any successful startup.

Don’t be scared to “copy” someone else’s success to business idea; ideas are a dime a dozen, it’s all in the execution. It’s trite and very true.

What is one tool that helps you bring ideas to life?

Twitter – I am constantly inspired each day as I work to see new ideas, launches, comments, complaints, etc.

Interview Peter Guber, that guy can tell stories like no other.

Can you tell us a little bit more about your thoughts regarding the future of mobile apps?

I think that native apps will be dominant for at least the next few years. Consumers will go wherever the best experience is, and right now that is a native app, by far. Over time, mobile web will catch up, but there are a lot of security issues to resolve with mobile web, and UI issues, especially when it comes to gaming.

What do you do for fun?

I love to travel… lately it’s been mostly for work, but good friends and somewhere other than home is a great way to relax.