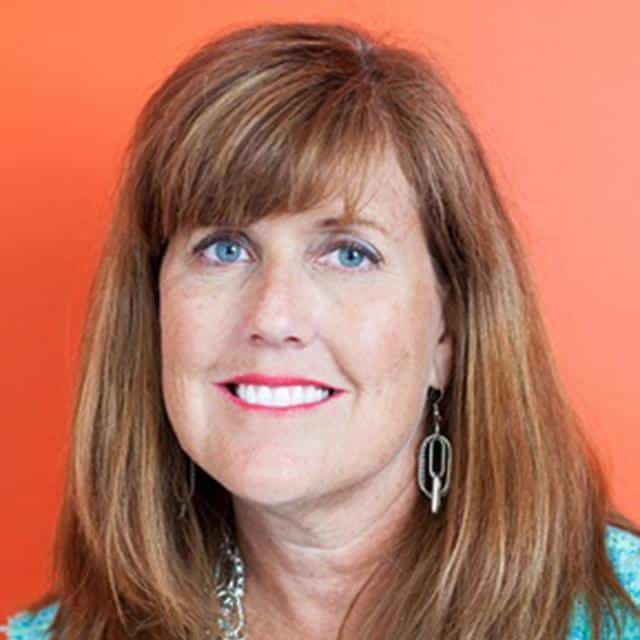 [quote style=”boxed”]My goal is to have five work tasks accomplished by 8 a.m. each day. [/quote]

Nancy MacIntyre is the founder and CEO of Fingerprint, a mobile technology company that offers customized mobile networks for global brands – working with hundreds of developers to curate and create the best mobile learning and fun apps for kids. Nancy brings a lifetime of expertise in the gaming industry – from kids to adults, learning to entertainment – having hailed from Leapfrog, Lucas Arts and Hasbro Interactive before launching Fingerprint in December 2011. Fingerprint curates interactive, kid-centered content from some of the most innovative developers around the world and helps disseminate it on the Fingerprint network and licensed networks (for top global brands like Samsung, Astro, Sylvan Learning, and more to come soon).

Why she has a Finance and Accounting degree from Drexel University, we’ll never know.

Where did the idea for Fingerprint come from?

While I was working at LeapFrog Enterprises, the educational toy company, we all often worried about kids getting older, leaving toys and being more interested in buying video games. One day at a coffee shop about a month after the iPhone came out, I saw a mother hand her expensive smartphone to her toddler. I knew then that the real competition would be every mom with an iPhone in her purse, giving instant access to play everywhere. And of course, I noticed the sticky fingerprints on the screen. Thus the brand was born.

I’m up by 5:45 a.m. I read emails, drink two Diet Cokes, drive into work and make my east coast calls. My goal is to have five work tasks accomplished by 8 a.m. each day. Once I’m in the office, I check metrics, scan Twitter and tech news, and am off to the races – which could mean anything from doing business development presentations, playing the latest builds of our games, talking to investors or brainstorming with the team. Everyday is creative, hectic, fun and full of more Diet Coke and a lot of collaboration.

My best ideas come to me in the car. I talk them out. Sometimes I pull to the side of the road and text myself the idea to keep it top of mind. My team is used to the “what if” conversation, and does a great idea taking that “what if” to “here it is” quite quickly.

The obvious answer is mobile because it let’s people doing practically anything, anywhere. I’m focused on reaching kids with our business, so it’s fun to see how children think about gaming, social networking and learning as well as making stuff–all on the go.

I only do things that move the ball up the field with partners, consumers, investors and our team. If the activity doesn’t check off one of those boxes, I don’t do it. I also try and answer every incoming inquiry within the same day. Instant follow up makes everything go faster.

I started my career working at Paine Webber selling Municipal Bonds and CDs. I wasn’t the “Wolf of Wall Street,” and it was very difficult to do cold-calling. The job gave me a thick skin, made me uber competitive and taught me the value of Happy Hour!

We were pretty ambitious, and we built too large of a product for launch. We should have started small, iterated, and learned faster. Going from a retail business to a digital one is extremely different and I don’t think I recognized that early enough in our cycle. Minimum Viable Product are our 3 favorite words now!

Change, change, change. Recognize when things need to morph and do it. And make sure that the team understands why! Being nimble is one of the most under-rated skills!

Fingerprint was originally conceived as a consumer network. We were building a consumer brand. Once we realized that our technology platform was valuable to other businesses, we quickly pivoted by productizing our platform so that it could be licensed to others. That was the turning point in recognizing how to make money and build a sustainable business. Today our customers are companies such as Samsung and Sylvan Learning. Recognizing that were are a B2B business rather than B2C was a major change in our strategy.

We’ve made some bad hires with people that didn’t work out. It’s disruptive to recruit and train someone only to have them leave or be fired. It’s very important for Fingerprint to have a great reputation as a place to work, and turnover hurts that. It’s a work in progress, but we’re focused primarily on referrals by building the team from our network.

While I’m sleeping, I keep my phone in another room on another floor.

Everything Apple. Daily, I use Twitter, Skype, Go-to-Meeting, Powerpoint and Excel (too much), DropBox, LinkedIn, Reddit, Yahoo Horoscopes, One Kings Lane and Gilt.

I recommend The Hard Thing about Hard Things by Ben Horowitz. It’s probably the best book I’ve read about doing the right thing, even when it’s hard. This guy is a genius!

I set Google alerts for a number of interesting influencers including: Mark Cuban, Reid Hastings, Jeff Bezos, Mark Andreesen, Mark Pincus, Kara Swisher, Walt Mossberg and Fred Wilson. I get my news from Twitter and Huffington Post. I read TechCrunch, Pando Daily, Business Insider and Valley Wag to keep on the tech world—and Reddit for everything else.