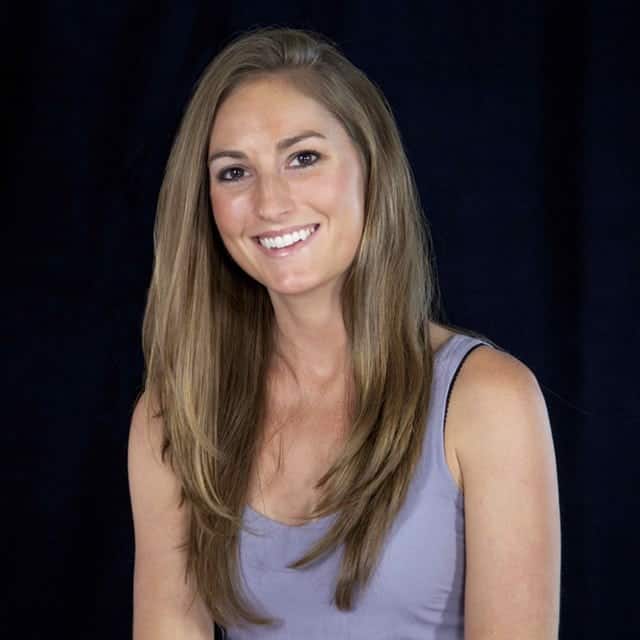 [quote style=”boxed”] You just have to start testing and building. If it’s a big idea and you get too bogged down in the detail of planning it will be overwhelming and you will never get it done.[/quote]

Ashley graduated from the University of Southern California with a bachelors and masters degree in engineering and co-Founded VNTANA in 2013. VNTANA live streams holograms, bringing fans face-to-face with their favorite artists, actors, and athletes. Prior to VNTANA she worked at BP for three years where she devised the production strategy for multiple products at the West Cost refinery. Before that she gained event production experience at MTV Networks in Los Angeles and INCA Productions in London.

Where did the idea for  VNTANA come from?

Coachella is on my birthday every year and I would always go with all my friends, but as it got more popular and more expensive everyone stopped being able to go. The year half my friends couldn’t make it they sat and watched the live stream on their laptop all weekend, which I thought sounded miserable. I asked them if I could live stream high quality audio to a warehouse in LA and recreate the same light show would they pay cheaper tickets to go and they unanimously said yes! This is when I started working on live streaming concerts to venues which lead to holograms.

Everyone gets to the office by 8:30am. The beginning of the day is spent answering emails and making a to do list to make sure nothing is forgotten. Then my business partner and I regroup based on our to do lists to make sure we’re on the same page. Then the rest of the day is business development meetings, demos of our technology, checking on suppliers and manufacturers and planning shoots.

You just have to start testing and building. If it’s a big idea and you get too bogged down in the detail of planning it will be overwhelming and you will never get it done. Work on the minimum viable product and go from there.

Experiential events and festivals are a trend I am very excited about. People are no longer satisfied just watching events on their smart phone or laptop, they want to share a great experience with friends which is what VNTANA is about.

I worked at Blockbuster in high school and soon after saw it close and go bankrupt. I learned that as a company you have to think of what your product is really providing people and continue to innovate based on that value. If Blockbuster thought of themselves as a movie delivery system for individuals, not just a rental house, they might have made the jump to online streaming.

I would start raising money earlier. As my first startup this is my first time ever raising and the entire process takes a lot longer than you would think.

Constantly measure what you are doing and the product you are producing against what your customers want.

Never re-invent the wheel, always start by researching what already exists to solve similar problems. This consistently saves lots of time and headaches.

When we first started the plan was just to live stream high quality audio with the same light show as the original concert. A few artists said yes, but didn’t want to do it in the states and mess up their US tour so we suggested Asia and artists jumped at the idea. My business partner and I then visited 104 nightclubs in 42 days between Singapore and Japan. We signed up a bunch of clubs that wanted to buy the content, but when we got back to the states the artists changed their mind and wanted something more authentic than just audio and a light show. This was a huge blow after spending so much time and money signing up customers. Instead of letting this be it, we just started pitching live holograms with the audio and light show. Kia and Nicky Romero said yes so we knew this was something, we then had 1 month to figure it out. Somehow we pulled it off and that was our big pivot that has lead to the company we are today.

I always thought it would be great if I could purchase shampoo, lotion, and other similar products from dispensers and pay by the ounce. This would cut down on wasteful packing and plastic bottles because you could bring your own to the store.

I was a very serious gymnast as a child. I practiced 15-30 hours a week starting in kindergarten with grand Olympic plans until multiple injuries lead me to retire/quite at 16.

RedPen is an amazing tool that allows a team to easily collaborate on a project online.