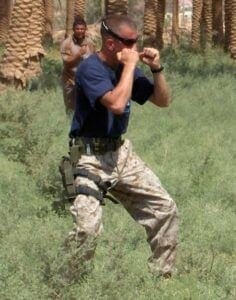 Nick Benas is the Co-Founder and CEO of Big League Wiffle Ball. He is also a business consultant and serial entrepreneur. Perhaps as a result of his experience as a United States Marine, Iraqi combat veteran and martial artist, Benas has a warrior spirit that proves useful when navigating the battlefront of the new business world. Nick Benas has been featured on CNBC’s “The Big Idea with Donny Deutsch,” Fox’s “This Week in Baseball,” ABC, ESPN, NESN,  YES and Entrepreneur magazine – discussing the evolution in the way companies can now create brands without depending on traditional, limited resources and instead use creativity and a genuine understanding of the social climate to generate platforms for niche consumer markets.

Since 2007, Big League Wiffle Ball has become a national tournament with a large, loyal community supporting its rapid growth. Big League Wiffle Ball started out meekly in Benas’ neighborhood cul-de-sac as a vision between two childhood friends–Nick Benas and his now business partner, Jared Verrillo. They dreamed of bringing this iconic pastime into a new “ballpark” that would unite childhood fantasy with a lifetime of fun and competition. Within the context of Big League Wiffle Ball, Nick Benas started a clothing company, Riser (named for a common Wiffle Ball pitch) intended as a competitive sports apparel line. Big League Wiffle Ball also supports the Jimmy Fund and Dana Farber Cancer Institute by hosting annual Home Run Derby events at Fenway Park.   Benas has also teamed up with former Major Leaguer Reggie Sanders to host an annual celebrity wiffle ball game, touring the cities hosting the MLB All Star Games and donating the proceeds to the Reggie Sander’s Charitable Foundation.

After serving a tour in Iraq as a Marine, Benas attended Southern Connecticut State University for undergraduate and graduate work in public policy and criminal justice. Because of Nick’s military experience, he will be serving Remind.org, a non-profit veteran affiliation that provides support to the disabled veteran community. The unique nature of wiffle ball, having no demographic limitations, allows for increased opportunity for a diversity of participants. This makes wiffle ball ideal for multifaceted corporate events and various community-based programs.

In his consulting and advisory roles, Nick helps companies build their brands in the present-day dynamic and interconnected world–accomplished by the consumer community, rather than the company. In order to capture this shift, a company must focus on the role of creating cool platforms for the market to use. Benas helps companies, and personal brands, do just that.

I’m learning yoga from Gwen Lawrence. Gwen is the yoga instructor for several New York Yankees baseball players, team yoga instructor for the New York Giants, New York Knicks, New York Red Bulls, New York Rangers, Regis Philbin and a ton of celebrities. She is preparing me for the 2,180 mile trek from Georgia to Maine this spring via the Appalachian Trail. I will be raising money, awareness and resources for Bob and Lee Woodruff’s Foundation, Remind.org  .

Where did the idea for Big League Wiffle Ball come from?

The idea came out of my childhood passion. This was a game I could never put down. I would spend countless hours in my neighborhood cul-de-sac playing with friends. It is funny to think I revisited it as an adult and it has become a viable business.

Wake up early, work out and head to the coffee shop to work from my laptop. This is where I will spend most of the day. Other days are spent traveling, networking and hosting wiffle ball tournaments.

I like to surround myself with successful people, this helps accelerates the various projects I’m working on. I usually throw the idea together and then execute.

The way Amazon is disrupting online retail businesses and publishing companies–this excites the hell out of me. Goodbye, gatekeepers!

Steve Jobs said it best: “You need a lot of passion for what you’re doing because it’s so hard. Without passion, any rational person would give up.”

So if you’re not having fun doing it, if you don’t absolutely love it, you’re going to give up. And that’s what happens to most people, actually. If you look at the ones that ended up being successful in the eyes of society, often times it’s the ones who love what they do, so they could persevere when it got really tough. And the ones that didn’t love it, quit. Because they’re sane, right?

Who would put up with this stuff if you don’t love it?

So it’s a lot of hard work and its a lot of worrying constantly.

“If you don’t love it, you’re going to fail.” –Steve Jobs

If you weren’t working on Big League Wiffle Ball, what would you be doing?

I would be taking a stab at acting. Hollywood would be fun to conquer!

@Garyvee  (Gary Vaynerchuk) –This guy is amazing! He’s the oracle of building brands.