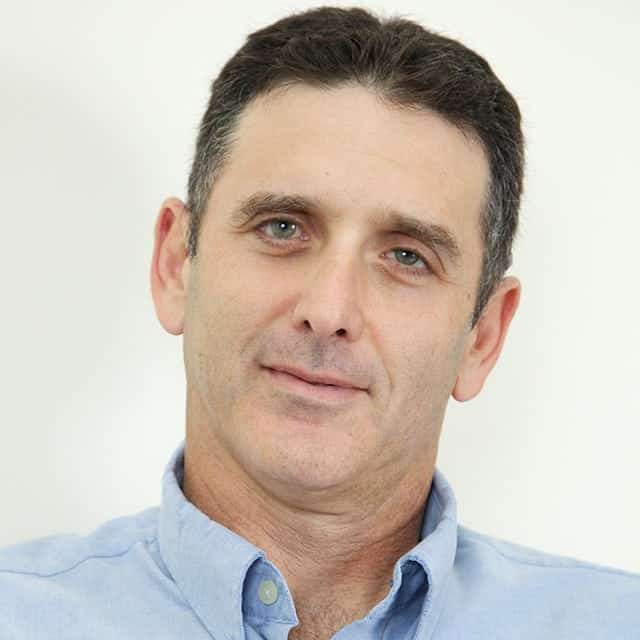 [quote style=”boxed”]As a serial entrepreneur, I spend a lot of time playing devil’s advocate. I try to kill an idea before I start any active process of bringing it to life. In my experience, most of the good ideas usually exist already in some form; if not, most likely it’s not a good idea. [/quote]

Nir Erez is a serial entrepreneur with over 20 years of experience leading technology startups. Currently Nir is the CEO and Co-founder of Moovit, the world’s first crowdsourced application for public transit navigation. Moovit offers real-time integrated public transit information that combines crowdsourced, real-time data with existing schedules to identify the fastest and most comfortable commuting alternatives.

Currently I’m the CEO of Moovit, the first crowdsourced application for public transit information and navigation.

Where did the idea for Moovit come from?

I was training for the Sea of Galilee marathon together with Yaron Evron, one of the leading public transit engineers in Israel, and we were complaining about how there was no good mobile info for public transit. We were both very familiar with Waze, which is a great solution for drivers, but there was nothing comparable for transit riders. Together we figured out that it’s a good idea to invest time and money in creating a new solution.

Moovit is free for users, and always will be. The most important goal for us is to become the most widely used transit app around the world. There are various ways to monetize the app in the future without charging users a penny, for example with location-based ads. Moovit also generates millions of crowdsourced reports each day – this aggregated statistical data has great value and can also be monetized.

My days start early. I train for 1-2 hours in the morning, either swimming running or cycling depending on the day. My first 2 hours at the office are devoted to going over emails and correspondence. The rest of the day is filled with internal and external meetings related to R&D, marketing, and business development.

As a serial entrepreneur, I spend a lot of time playing devil’s advocate. I try to kill an idea before I start any active process of bringing it to life. In my experience, most of the good ideas usually exist already in some form; if not, most likely it’s not a good idea. Very few ideas actually pass the validation process. It takes a lot of research. Once I’ve decided that an idea is good enough to pursue, I start with a clear business plan. I create milestones for myself: creating a prototype, validating the market, and of course meeting with experts in the field. I plan out these milestones in advance, to hold myself accountable and measure my own success, and ensure that I don’t fall in love with the idea.

Over the last few years, I’ve become more excited by the power of the crowd. We’ve started to see organizations harness the crowd’s wisdom to create great ideas, and it’s powerful. There’s Wikipedia, there’s Kickstarter– I think we haven’t even started to realize the full potential yet.

I’ve never had a bad job in my life. I always chose what I wanted to work on, and I was lucky enough to be successful in it. That being said, I have experienced some difficult periods in my professional life. One happened just after September 11, 2001. At the time, I was leading a start up in the Bay area. On that day, everything changed, and the market atmosphere became very challenging. My biggest lesson learned was for a company to always raise money when you can, and try to be as financially independent as possible.

I try to measure myself according to very quantifiable metrics – I call it “looking in the virtual mirror”, and I try to do it every day. When you aren’t satisfied with the view, or it doesn’t fit your expectations, it’s time to look at yourself and make meaningful changes. It’s always hard to admit that “your baby looks ugly”, but in the case of a company, it’s absolutely critical.

In my previous company, there was a serious technical failure with a Korean client that created a shutdown for all systems. The failure had the potential to seriously damage our relationship with the client, and tarnish our reputation. I immediately flew to Seoul with our team and stayed there for 2 weeks, working literally 24/7 in order to make sure that we solved the problem, it would never happen again, and the client was 200% satisfied. In the end, we recovered the relationship with the client, and they were so impressed with our efforts that they eventually became our best reference.

An enterprise solution to measure the use of cloud services and optimize your expenses based on level of use. Often times, companies don’t know if they’re overpaying for cloud services or not. Especially large companies that purchase many licenses could end up saving a lot of money.

Get people to quit using their private cars and start using greener transit.I’m already working towards it by supporting public transit with Moovit – making it easier for people to access good information. And I’m also doing my part – believe it or not, I ride more miles annually on my bike than in my car.

I was nearly blind until the age of 17, when I had a double cornea transplant. Most people don’t know, since it hasn’t stopped me from accomplishing my goals.

Google – I can find absolutely anything I want to know.

LinkedIn – It only takes 1-2 degrees of separation to connect to pretty much anyone in the business world.

Moby Dick by Herman Melville – many lessons about the nature of good and evil, and the price of pointless drive for revenge.

My youngest son made me laugh on the way home from school yesterday with his jokes.

Dick Hoyt from – “Team Hoyt”. He’s an amazing guy – an Ironman who competes together with his son, who is in a wheelchair. His“big hart“, dedication and devotion is a great inspiration for me.

What do you think is the single most important thing when building a startup?

Picking the right team by far returns more value than anything else.

What is your favorite place on earth?

Africa is the ultimate travel location for me. I have been there several times and always look forward for the next trip – it has something that takes you back to the real basic elements of life.