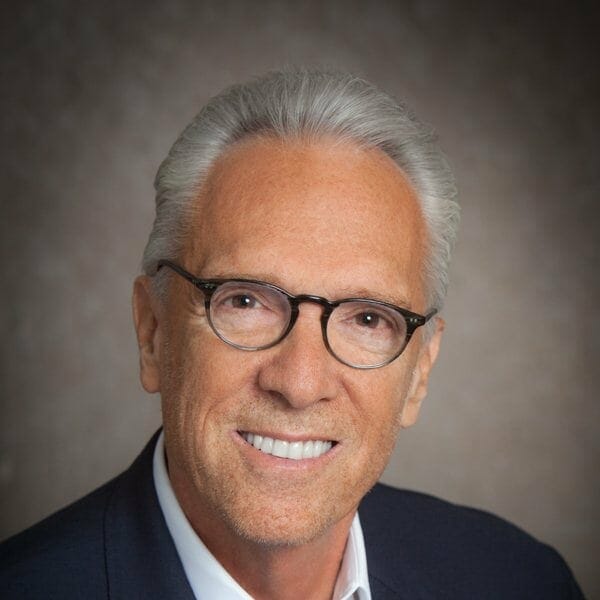 Be the first one in, in the morning, and the last one out at night. Stay busy, excited and engaged.

Norman Pattiz is Founder and Executive Chairman of PodcastOne. An in-depth, four-page feature in the May 2016 Global Change Makers issue of Forbes magazine celebrated “Pattiz’s celebrity-infused greatest hits” and the valuable “key to his money-making media.” With over 40 years of experience in radio syndication, Norm Pattiz is also the Founder of Westwood One which, under his leadership, became America’s largest provider of news, sports, entertainment, talk and traffic programming to the Broadcast Industry. Westwood One owned, managed or distributed NBC radio networks, CBS News, CNN radio, the Mutual Broadcasting System, NFL Football, NCAA Basketball, March Madness, The Super Bowl, both the Winter and Summer Olympic Games and a wide variety of syndicated music and talk shows.

In 2000, Pattiz was appointed by President Clinton and reappointed in 2002 by President Bush to serve on the Broadcasting Board of Governors of the United States of America. The Board oversees all U.S. nonmilitary broadcasting services, including The Voice of America, Radio Free Europe, Radio Liberty, Middle East Broadcasting and others. He was responsible for conceiving and launching America’s Arabic language radio and television services to all 22 countries of the Middle East, plus Farsi language broadcasting to Iran reaching a weekly audience of more than 40 million listeners.

In 2009, Pattiz was inducted into the National Radio Hall of Fame and received the Giants of Broadcasting Award from the Library of American Broadcasting.

In addition to his background in broadcasting, Norm serves as the Chairman of the Lawrence Livermore and Los Alamos National Security Laboratories. He is a Regent of the University of California and a member in the Council of Foreign Relations and the Pacific Council on International Relations.

Where did the idea for PodcastOne come from?

After I left Westwood One, I was introduced to Kit Gray, who was representing other people’s podcasts, working out of his apartment in Marina Del Rey. It immediately struck me that this was Westwood One for the digital world. Kit and I began adding our own production to the mix, and it’s been a great four year ride.

There is no typical day. We’re a small company, and I involve myself in almost everything – talent acquisition, ad sales,
technology, you name it – I’m usually involved. Also, my assistant keeps me informed.

Implementation is everything. I hear great ideas every day, and then assess our capacity for implementation. That’s where the rubber hits the road.

Content consumption is now totally democratic. Regardless of certain gatekeepers, there are endless pathways to the public, and we can discern, instantaneously, whether a podcast has a pathway to success.

I’ve never had a bad job.

I used to say, “read the trades” so that you’d know the happenings of the business you were in and who the players were. But now that the trades have gone digital, and everybody is an expert, it’s harder to find the necessary information.

Be the first one in, in the morning, and the last one out at night. Stay busy, excited and engaged.

I gave it to the valet at a very crowded gathering I knew I wasn’t going to spend a lot of time at. Parking was impossible.

I don’t read books, I listen to them. On demand.

What people have influenced your thinking and might be of interest
to others?

My heroes were guys like Bill Paley, Steve Ross and my first boss in media sales, Dan Miller. All of them have passed, but the wealth of knowledge that I got from knowing them was irreplaceable.