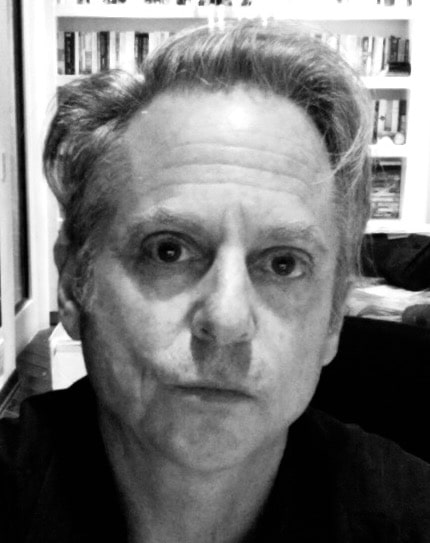 Never take any client for granted. Those you represent come first. You can never alienate or disrespect your base. Without a reliable foundation, you can never move adroitly.

Paul Alan Smith is an entertainment professional living in Los Angeles, CA. Raised in the San Francisco Bay Area, much of his professional work is informed by the social and political activism he witnessed as a child of the 60s and 70s. Thanks to his efforts, this push for social change often finds its way into the policies of the companies at which he’s worked, including recycling procedures and incentives for alternative transportation options.

The industry veteran first became interested in a career in entertainment after seeing “Hair” in his youth. Following that, he studied theater at NYU and UCLA, and also further reinforced his social views on the world by traveling the globe and getting a sense of how different cultures lived.

Paul Alan Smith got his first job in the industry in the mailroom of Triad Artists. He would go on to work his way up the agency ladder before transitioning to work as an executive at Lorimar TV. These experiences helped him fine-tune his understanding of his strengths in the field and eventually allowed him to focus his efforts on representing clients full time.

He has now opened a new firm, New Deal Mfg. Co., which will act as both an agency and management company for advancing the careers of film and television directors.

Where did the idea for New Deal Mfg. Co. come from?

I looked around at the trajectory of Hollywood representation and concluded individual artists were losing both creative and financial leverage. At the same time, the quality of individual artist representation was shifting from client-centric to company-centric. Both these revelations were of concern to me. Furthermore, I was confident articulating the systemic reasons, despite their being controversial — even for the artists themselves to broach!

I start my day like a farmer, but instead of a rooster screaming to get my butt outta bed at the crack of dawn, I have a cat who evidently feels eight hours without being brushed is borderline sacrilegious. Fortunately, however, I had a paper route starting at age 12, so the concept of getting up and immediately working comes naturally. As such, I begin communicating with clients and producers in the Mid East and Europe. From there I make my way to the East Coast here in the US. Then on to Chicago. By the time my office is open, I am ready to shift my attention to reviewing everyone’s priorities for the day. The one trick I have to maximize productivity is to incessantly review my computer in-box, which functions as my “to-do list.” I am constantly trying to knock off everything there. The key is to pragmatically prioritize. Since our business is very, very fast and unpredictable, one must be ready at any given moment for an issue to arise that will detract you from your original plan. I would liken this to being in an ER; it is just the nature of the gig. Again, if there is any real trick, it is having the ability to see the whole field and quickly implement a game-plan to address the issue at hand.

Often times I first run it by Lee Rosenbaum, whose brain is so big I am constantly reminded of how I am comparatively a moron. Lee’s background is law, so his advice time and again challenges my rudimentary thinking. From there, however, I can find the path to begin executing it. This often results in my running it by confidantes, who usually are encouraging, but often introduce me to potential obstacles. Once I feel ready to put it out there, I usually pick up the phone and start implementing it without ever looking back.

The diversity of folks around the world who are being heard more and more. As such, there is an openness from others that may have been incapable in the past. When I imagine this broadening, I can’t help but hope the ramifications will be reminiscent of the Renaissance.

I am extremely disciplined and have an excellent work ethic. Consequently, I am not afraid to get my hands dirty. Time and time again you must be very tenacious and fearless. You simply must focus on the objective at hand, probably just like a great soldier does. I guess you could call it “constructive myopia.” (Yes, I just made that up.)

“Have patience; remember, the concept of time for someone in their 20s is much different from someone in their 50s. Take a beat. Know that things must play out. Have the confidence to sit back and wait to watch things unfold. Also, listen closely; you need not be heard. Your opinion isn’t necessarily additive.”

Hollywood is quite conservative. Moreover, Hollywood has never been a leader in social movements and never will be — quite the opposite, in fact. If one critically examines how the powerful and wealthy actually handle things, it can be revelatory.

Pay your employees an ACTUAL living wage. Create as healthy an environment for employees to work in as possible. Remember positive reinforcement is very cost-effective.

Never take any client for granted. Those you represent come first. You can never alienate or disrespect your base. Without a reliable foundation, you can never move adroitly.

I advocated hiring folks prior to doing a proper background check. As such, I was bamboozled early on by an ex-employee who had a history of problems, which not only cost lots of money, but also lots of sleep. Now, I have more people involved in the hiring of employees; what’s more, I defer to other people’s instincts far more than my own. I just had to come to terms with the fact that I am not good at it.

WARNING: I’m giving this idea as something you should NOT consider implementing, not because I am being protective of me but ‘cause I am being protective of YOU. In other words, take this idea and jump up and down on it until it becomes rhetorical mulch: Don’t ever assume there is a positive correlation between responsibly and ethically manufacturing and distributing product and a greater number of customers. The latter have yet to apply any energetic cost value to their monetary bottom line. I know, sucks. Maybe one day. But I discourage you from betting on it. Sorry.

Predictably, I have a twisted answer: When I go to the bank, I often ask for $100 in fives. This way, I have a good denomination to either tip someone generously and frequently or pass on to a homeless person. Why? Well, first of all, over-tipping is good for the economy. The working class puts their earnings back into the economy at a far higher percentage than rich folk. As far as the homeless go, well, if I were in their shoes, I know I’d definitely appreciate the bread!

Variety Insight. While they are far from perfection, they help us with much needed information. Many big firms hire folks to gather intel, but for a relatively nominal fee, we have access to a good 70-80% of that info.

“AN EMPIRE OF THEIR OWN, How the Jews Invented Hollywood.” Any historical context is invaluable, of course; moreover, it is imperative to know the foundation of one’s industry. So, while Jews are proportionately far, far less than they were 20 years ago, let alone 40, the ramifications from the Eastern-European-Ashkenazi-Jew’s assimilation back in the early 20th Century continue to influence the Hollywood “zeitgeist” profoundly. Yes, even amongst the gentiles! Reading this book helps one understand why the early moguls remain such a haunting force, both culturally and economically.

$400,000 to direct a pilot.
Ohhhhhhh, you mean the other kind of quote, like from Shakespeare . . . or Kim Kardashian?
Hmmmm, Howard Zinn’s “You Can’t Be Neutral on a Moving Train” is a goody. Herb Caen from the San Francisco Chronicle wrote, “When In Doubt, Print It; When In Print, Doubt It.” Something like that.
Still, $400,000 to direct a pilot would be a big favorite!