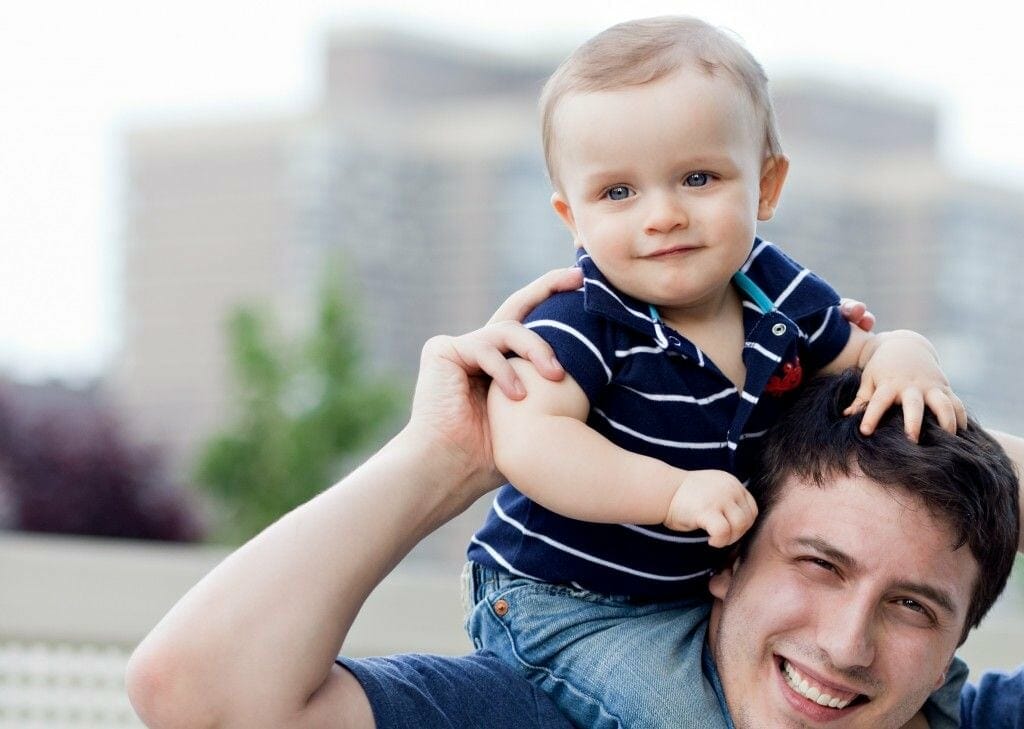 [quote style=”boxed”]Wake up, check my phone, hanging out with my family drinking coffee, watching the news and checking my phone. For about an hour I’ll sit with my son for his morning nap (checking my phone) or I’ll be on my computer. More hanging out until George’s nap/class/lunch after which I’ll go back to my computer until it’s Sweet-Potato-with-Advil time for George, then bath time, then dinner. Sit with George while he goes to bed checking my phone and playing around on my iPad, then on my computer until midnight when I go to bed with my phone next to me on the nightstand.[/quote]

Paul Molluzzo is the Founder of Baby Goes Mobile, a “grandma-proof” web application for creating baby books with your cell phone. Paul took the inspiration from the website he built for his firstborn son to create an easy-to-use application for other parents to take advantage of the mobile web they have in their pocket. As founder, Paul created the concept, oversaw the offshore development and is now on the hunt for a technical cofounder to take Baby Goes Mobile to the next level.

Paul also leads client relations for a boutique creative agency, Illuminati Creative. Finding new customers with “an idea for an app” and conceptualizing new web projects and applications sounds more like fun than work, but he claims it’s his job.

Before his startup Paul worked for Pushkart, a NYC-based startup that brings local deals to your mobile device. Paul worked on business development, selling the program to local businesses in the City and helping with customer acquisition and pitching in on the other little things for the growing startup.

On a personal level, Paul is a husband, father and the owner of a pizza-loving Shih Tzu. At a minimum, Paul tells his wife she’s beautiful 5 times a day, kisses or hugs his son almost every five minutes and he swears his dog eats his body weight in treats daily.

I’m juggling a few things, which is no surprise. Baby Goes Mobile had a soft launch in April, taken on the first users and guests, is searching for a CTO and still has yet to surprise folks with the cool stuff we have planned. Right now we have to focus on both marketing to our existing base and find new users while we plan and execute the development of new features.

Wake up, check my phone, hanging out with my family drinking coffee, watching the news and checking my phone. For about an hour I’ll sit with my son for his morning nap (checking my phone) or I’ll be on my computer. More hanging out until George’s nap/class/lunch after which I’ll go back to my computer until it’s Sweet-Potato-with-Advil time for George, then bath time, then dinner. Sit with George while he goes to bed checking my phone and playing around on my iPad, then on my computer until midnight when I go to bed with my phone next to me on the nightstand.

The proliferation of mobile connectivity, the amount of talent and great ideas in NYC and the City itself supporting local tech startups.

Telling people about them! It’s shocking to hear people are afraid to share their ideas because they’re afraid they’ll be stolen. Your ideas aren’t going to be stolen, they’ll be tested and argued and improved by telling people.

My son is my inspiration, definitely. Baby Goes Mobile began as a project for my son and family, and grew into the product you see today.

I’ve made a lot of mistakes; it’s what happens when you try something new. With Baby Goes Mobile, I went with the wrong server host, missed some very important features for the MVP, spent money on legal fees that were totally unnecessary and more. I’ve just learned to accept the mistakes, control and fix them as best as possible and keep moving. It’s not a failure until you let it stop you.

Someone needs to build an in-app app purchasing marketplace for Android. (Download apps for virtual currencies.) There’s one for iOS, but someone hasn’t cloned that idea yet on Droid.

My email because I have to, Reddit because I’m addicted.

Read some fiction people! Reading lots of technical/news/social media stuff can be stifling. Read an engrossing novel by Ellis or Thompson and get those noodle juices flowing.

I am on my iPhone from the time I wake up until I go to bed. This is my 3rd iPhone 4, and frees me from my computer.

Not all individuals, but…

Follow a few thought leaders in your field. If it’s tech, follow reporters (@Scobleizer or @NewsYCombinator), advisors (like @MSuster), designers (like @MatthewCMoore or @dhunninghake) and developers (like @kende or @codyrobbins). Even if you focus on business/design/development for your company, following a variety of people gives you more perspective.

Follow some food trucks: @lukeslobsterNY or @waffletruck or any of the other great food moving around in the City. You’ll find out where they are and sometimes they run contents for a deal.

Craig Elimeliah, Executive Producer at RAPP and Co-Founder of Pushkart (where I used to work). Smart, forward-thinking creative and I’d really like to read the answers he has to a few of these questions.

I laugh out loud all the time, usually because of something my son does. He’s hilarious.

What has been the biggest challenge with your startup?

The biggest challenge I’ve faced with Baby Goes Mobile has been finding a technical cofounder. I went with an offshore and had the product built so I wouldn’t waste precious time and energy in the search, but even with a real live product it’s still tough to find people who are willing and able to come on for equity. I’ve been reaching out through my network, but there are so many cool projects out there the competition is stiff.

If I had my choice, I’d travel with my family constantly. We’re trying to go someplace new often and expose our son to new places and people from a really young age. We’ve been really fortunate to have the ability to go to some really fun places – George isn’t even a year and he’s been to 8 states and our Northern Neighbor, Canada. We’re already looking forward to the next trip. Any suggestions?

[box]This interview is brought to you by Alex Schiff, the CEO and Co-Founder of Fetchnotes.[/box]