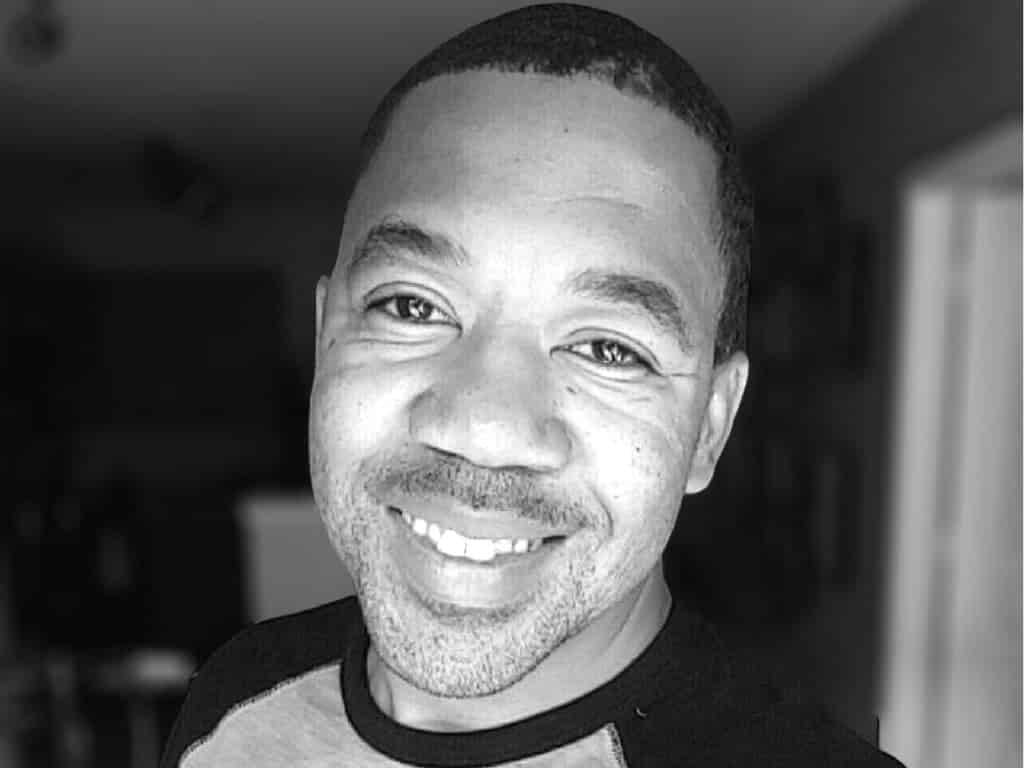 Rencel Jones was born and raised in Winston-Salem NC. At an early age, he developed an affinity for public speaking and a love for music. Ren became a proficient trumpet player and singer who embraced the stage. A self-proclaimed “band geek” he initially became involved in fitness through his friends who were all football players. They introduced him to strength training as a 16-year-old. His love of music and desire to become an electrical engineer led him to attend North Carolina A&T State University. Eventually changing his major to business before beginning a career in Business and Business management.

The turning points in his life began when his brother Rodney died of a massive heart attack. The family tragedies continued when his sister Robin died in a single car accident 5 years later. His mother eventually died 3 years after that due to stroke complications. It was at that point that he decided to turn his passion for fitness into a full-time job. Ren holds a personal training certification and a corrective exercise specialist certification through NASM. He’s also a certified sports and exercise nutrition coach, coaches boxing for fitness at Title Boxing Club, and is certified as an online personal trainer.

Where did the idea for Fitness Jones Training come from?

I had always been interested in fitness and nutrition. Like most 30 something’s, I had become disenchanted with the corporate environment. After losing my brother to a heart attack, losing my sister to addiction, and my mother due to extended illness I decided that it was time to make a change in my life. I was devastated and felt lost in my own existence. I felt like if I could provide people with the gift of health, perhaps I could prevent some of the things that I experienced from happening to other people.

Depending on the day’s schedule, I’m out of the house by 5:30am for my first round of clients. I’m usually back home around noon and that’s when most of my business is being built. I’m taking phone calls from distance clients, writing content for social media, producing video content etc. I love the thrill of building Fitness Jones Training because my background is in business, not athletics. I make my day productive by having pre-determined blocks of activity that only happen in their appropriate windows. That way I don’t end up reading emails in the gym or producing content in between phone calls etc. Blocking out specific sets of tasks at specific times, and only those times, can help a small business owner stay sane an in control.

By executing as soon as humanly possible. I see so many people deliberating over decisions and losing time because of it. The universe rewards speed. Instead of always trying the make the right decision, sometimes you have to just decide, and make the decision right on the back end. You can almost always correct a bad choice, but nobody’s making any more time. You can never get the time you wasted while you were riding the fence back. Never.

The online space in regards to fitness training. It’s got a big upside and it’s underutilized. Most old-style trainers don’t believe in it, so there’s plenty of real estate left to eat up and plant your flag. But there’s something amazing about living in the southeastern United States and working with a client in London. International business was unheard of for small business owners 20 years ago. The internet opened the door to the world and that’s exciting.

The habit of “doing”. When the idea comes, I’m very likely to jump off the cliff and build the plane on the way down. You don’t learn as much, or as fast, by playing things out in your head theoretically. You can talk to an 11-month-old baby about walking for 5 years, but if they never take a step, they’ll be crawling around the 1st-grade classroom. Humans learn by doing. I embrace falling down because I know I’ll end up walking sooner.

Do exactly, and only, the things that you have an amazing skill for. Don’t go to the world and ask it what you should be doing. Show it what you excel at, right away, and let the world come to you for that thing. Shark week didn’t start on the Discovery channel because sharks pitched the idea to the network. Sharks are unapologetic about being sharks and the world decided to embrace what sharks excel at. Humans should be more like that.

Children don’t need to be good at every scholastic subject. They need to be allowed to only concentrate on what they love. We’re suppressing genius so kids can get a “C” in history instead of dreaming about astrophysics. Or, in some cases, the exact opposite.

Execute. Execute. Execute. There are tons of great ideas and strategies constantly being discussed. The people that are executing are the ones having success. The simplest idea, executed, will always be light years ahead of the most sophisticated concept in theory. When I get an idea, I try to go from concept to execution as soon as possible.

Patience. I’ve always been urgent with my business, but never rushing progress. Often new entrepreneurs like myself start out comparing their business with people who’ve been at it for 20 years or more. That apples to oranges comparison causes us to try to shortcut our influence, our branding, and our processes because we want it all and we want it now. Patience has allowed me to build my brand, learn from errors, and establish solid, successful processes that will last.

Is this a trick question? I literally laughed out loud. Entrepreneurship is synonymous with failure. Obviously, you want to learn from each one (fail forward), but if you’re not constantly failing as an entrepreneur, your business is dying. I overcome failure by expecting it upfront. I hope to fail several times this week, if not several times today.

Uber flights. If it works for people with drivers licenses, why not people with pilots licenses. Book a flight on a smaller aircraft in advance with a local pilot.

Acuity scheduling has been a huge help in simplifying my processes. When someone wants a call, a meeting, or a training session I can simply send them a link. They select from available times, enter their information, and it books them right into my schedule. I love it. It’s like have a scheduling assistant.

The Four Agreements by Don Miguel Ruiz. This book has four very simple concepts that can be used as strategies to achieve personal freedom. The specific agreements almost read like an organizational code of conduct. Be impeccable with your word. Don’t take anything personally. Don’t make assumptions. Do your best. Its one of the best books I’ve read for helping people get out of their own way.

“Everybody is a genius. But if you judge a fish by its ability to climb a tree, it will live its whole life believing that it is stupid.” –Albert Einstein

• Sometimes tragedy is the catalyst that pushes you to your purpose
• Time is your most precious asset so don’t overthink. Act!
• Execution is a super power in business
• If you’re not failing often, your business may not be growing.