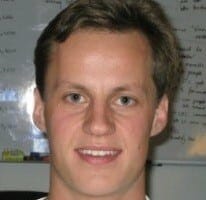 Richard Price did a Ph.D at Oxford in philosophy. Alongside his PhD, he founded a few startups, including a Craigslist for Oxford (Liveout.co.uk) and a Facebook app that was the largest on the platform for several months (PeopleRadar). After finishing his PhD, he founded Academia.edu, which is a platform for academics around the world to connect and share research. He spotted the need for the platform when doing his PhD.

He raised venture capital, and launched the site in September 2008. Currently the site has 1.2 million monthly visitors and about 4.9 million monthly page views. About 1,000 academics sign up every day. Academia.edu’s goal is for every academic in the world to be using the site to share and follow research.

It’s good to create some initial momentum for the idea, in terms of talking to the right people and getting some initial things in place. And then once there is some momentum, just having the dogged persistence never to give up.

The first version of Academia.edu wasn’t optimized for engagement. It was more optimized for growth. We’re now of the view that the thing to focus on above all else is engagement, and growth will come as a result of that.

What is one book and one tool that helps youbring ideas to life?

Leonard Greene’s ‘Inventorship: The Art of Innovation’ had the single biggest impact on me in terms of how I think about innovation. In terms of software, I like to share business ideas on Facebook and hear my friends’ feedback. That’s a lot of fun.

My bet is that no, it’s not overvalued. I’m hugely bullish on Facebook.

How do you decide what things to work on?