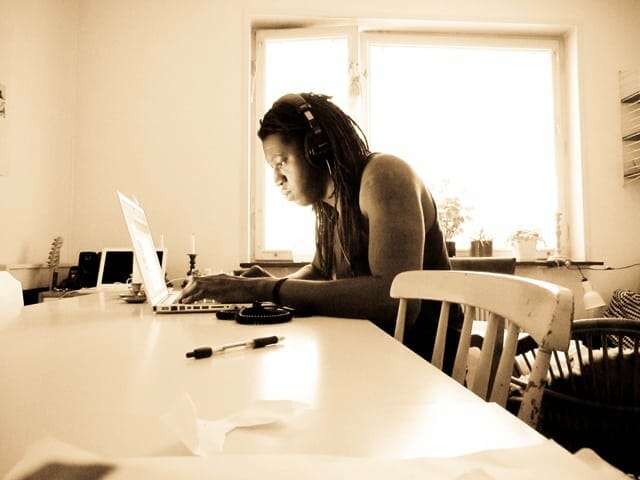 [quote style=”boxed”]Talk to the people who you expect to use your product before you build it. Before you work on any huge problem that your customer knows better than you do, just talk to them. You don’t have to build exactly what they’re asking for, just talk to them and observe what the problem truly is.[/quote]

Rob Walsh loves the D.I.Y. ethic of life on the web. His design sensibilities are informed by his interests in political philosophy, aesthetics and usability. He finds that helping people get things done on the web isn’t dissimilar from the jobs of politicians or architects; ideally, all of these roles should focus on helping people live their best lives. Rob’s past role at an academic journal have made him sensitive to the pain points experienced by scholars forced to work within the current, outdated system of academic publishing. He is the co-founder of Scholastica, a tool that allows academic journals to efficiently and effectively publish online.

Scholastica! It’s an end-to-end solution that allows academic journals to collect, peer review and ultimately publish their work electronically without the need for large publishing houses.

Where did the idea for Scholastica come from?

I worked at a prominent academic journal when I was an undergraduate and saw many problems that a technological solution could solve. For instance, it’s normal for an author to wait a year before he or she find out if an article is accepted or rejected by a journal.

My co-founders Brian Cody, Cory Schires and I knew that the process of publishing academic journals could be executed in a better way. When I say “better,” I mean both in terms of efficiency and ease-of-use. It’s a really hot-topic, just look at the boycott of the journal publisher Reed-Elsevier. Scholars are angry with the status quo.

The first thing I do is check all of our analytics using Google Analytics and Reinvigorate. The latter is cool because it allows you to see heat mapping data atop your pages. I then check Twitter to see what’s going on in the academic publishing world. I monitor what’s new in our RSS fields with SproutSocial. Finally, I scrum with my team and then I end up wire framing, doing visual design in Photoshop or front-end coding.

I have to start with a pencil and paper. I was talking about this with someone the other day. I’m no good at going straight into Photoshop or TextMate. My first idea is usually quite flawed and it takes a couple of iterations before I have something decent. Next, I’ll wire frame it and talk to the team. Sometimes I’ll make an interactive prototype that we’ll show to a user. After that, it’s Photoshop and TextMate.

How D.I.Y. our scene is! When I say “our,” I’m talking about the web community. I feel so lucky to be alive right now. There are people with incredible ideas today and they’re not waiting for anyone else to build what they need because they’re building those things themselves. All you need is access to a computer, the Internet and a text editor. Today, the barriers involved in making something that can make someone else’s life better are very low. I’ve got a startup with my friends, sure–but I feel like we’re the “last gang in town.”

I’d say the worst job was working in a store selling electronics. It definitely wasn’t frowned upon to get poor immigrants to sign up for store credit cards and then get them to buy really expensive things. What I learned from that job was that I don’t want to take advantage of people to make an extra buck or 2.

I would have saved more money to live off of while chasing the dream.

Talk to the people who you expect to use your product before you build it. Before you work on any huge problem that your customer knows better than you do, just talk to them. You don’t have to build exactly what they’re asking for, just talk to them and observe what the problem truly is.

I would make people stop telling their kids that they’re smart and instead tell them that they’re hard workers. Research has proven that telling kids how smart they are only makes them risk averse. How would I go about making that happen? No idea.

I once told my girlfriend I was going to take the trash out. Which I did. I also went to Burger King.

• Feedly : It makes going through my RSS feeds bearable.

• Twitter : Wait? You mean I can get nuggets of knowledge from my heroes whenever I want?

• Chrome Console/Firebug: I don’t know how people debugged JavaScript before it.

Rhetoric by Aristotle. Every day we need to convince our users of something. Hundreds of years ago Aristotle wrote the book on effective arguments and how to make them.

Right now it’s a jumble of New Order, Kraftwerk and a bunch of mix-tape rap like Don Trip, J. Money and King Louie.

• Hakim El Hattab: This dude is the truth. He makes the most incredible things out of CSS3 and JS.

• The Fader: It helps to get some dope tracks in your feed throughout the day.

• Ryan Carson: He thinks about big ‘D’ design. He can be controversial at times, too.

I heard the phrase “…and I got a big turd just dropped in my lap.” I couldn’t stop laughing.

This is pretty boilerplate, but it’s definitely my mom. I’ve never met such a hardworking, non-complaining person.

How important is a “team” compared to “engineers” when making software?

At this point in my life, I’ve come to firmly believe that a great application does not happen as a result of just throwing smart people at a problem. You need a team of people who complement one another and make up for each other’s deficiencies. It also helps when the team is made up of people who want to spend time together outside of work hours.

Hate it. Turned that off quick fast.