Ruth Clemens – Blogger and Creator of The Pink Whisk 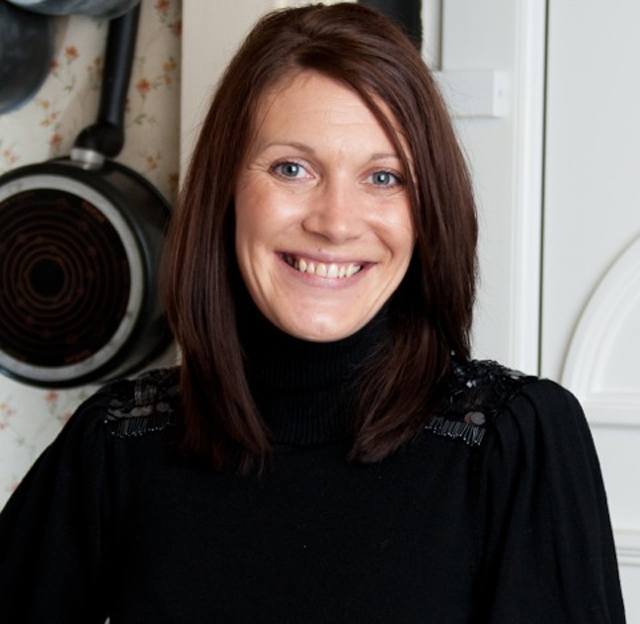 [quote style=”boxed”]The only one thing I would do differently would be not to “act up” in my late teens, to have completed my A-levels and gone to university. That said, I have a wonderful family and now have my own business doing something I love. Qualifications, at the end of the day, are just pieces of paper. (I might have made it here faster if I’d had them. Who knows?)[/quote]

Ruth Clemens is the baking blogger behind the The Pink Whisk, and is a self-confessed “Manic Mummy Baker Extraordinaire.” She came second in the very first series of BBC2’s The Great British Bake Off in 2010. Ruth now works with major UK brands on baking related projects, demonstrations, and recipe commissions for magazines, and is author of The Busy Girl’s Guide to Cake Decorating, published by David & Charles in April of 2012.

I’m developing recipes for National Baking Week 2012 and working on recipes for the first of two books I’m writing this year.

Where did the idea for The Pink Whisk come from?

Having taken part in the first series of The Great British Bake Off, I found I really enjoyed developing my own recipes.  Setting up The Pink Whisk, my baking blog, was to a way to carry on doing that until the business took off.

It involves the usual malarkey getting the children to school. Then I go home and turn the oven on! I usually try to get something in the oven, baking, and then I flit between the kitchen and the laptop doing administrative work. Some days, recipes work quickly, and on other days they don’t–so there’s no way of telling how things will go. Soon after it’s time to pick the kids from school, and work stops until later on when they’re all in bed and I then finish off anything from earlier and decide on a plan for the following day.

I make sketch plans of recipes, but find the best way is to get in the kitchen and experiment. Usually things become clear when I have a spatula in hand!

For me it’s the whole baking trend; it’s in a full throttle resurgence. I’ve always loved baking, but to have the nation loving it too is great!

I think I’ve enjoyed all the jobs I’ve done, but a lot of them were in customer service in one form or another. I’ve learned that if you want things to go your way, you’re far better off being nice to the person you’re complaining to, as everyone hates a stroppy customer!

The only one thing I would do differently would be not to “act up” in my late teens, to have completed my A-levels and gone to university. That said, I have a wonderful family and now have my own business doing something I love. Qualifications, at the end of the day, are just pieces of paper. (I might have made it here faster if I’d had them. Who knows?)

I struggle most with spending a lot of time on my own and the isolation I can feel as a result. I’ve always worked in the past being surrounded by people, so miss talking through ideas and situations with others. I try to make sure I get out once a day, even if it’s just for a quick trip to the shops to stock up on ingredients. If not that, a few quick chats via Twitter do the trick, along with a cup of tea and a biscuit!

Don’t discount a business idea that’s based around a hobby. I’d never have thought I could change my baking hobby into a successful business, but I did. You can too, so go for it! It takes hard work and determination, and I still have yet to see the big bucks, but I love doing it and have had some fantastic opportunities.

I went to Rwanda with Save the Children to support their No Child Born to Die campaign. The conditions I saw there were unbelievable. When I came back I was very angry with the world, and it has been difficult to deal with that. There is such inequality, pain and suffering in the world, including in the UK. There’s also a huge feeling of apathy for the charities trying to change things.

If I could change one thing it would be for more people to support charities, and I’m not talking monetary donations. I’m talking about simple things, such as signing petitions or raising awareness; these actions would actually work wonders.

Apathy isn’t something I can change, but I will continue to support worthwhile charities where and when I can.

My lips are sealed. If I’m trusted with a secret it stays exactly that!

I laugh a lot at the children (who doesn’t?), but the last time I laughed out loud was at my sister’s wedding. She had a photo booth, similar to a passport photo booth, where everyone crammed in to takes four pictures that were timed ten seconds apart. So we had ten seconds to change costumes (wigs, hats and funny specs). I laughed so much my ribs hurt for days afterwards!

My heroine of a long time is Jane Asher–an old-school “Queen of Cakes” (and I’d have loved to have her red hair too!).

What’s the key to successful baking?

The key is to measure ingredients exactly, follow the methods and set your oven temperature with an oven thermometer (it will give you reliable, repeatable results)!

What’s your favorite way to spend your spare time?

With family and friends, chatting and relaxing with a slice of cake or two!