Principal at Proxima Media and Founder of Relativity Media 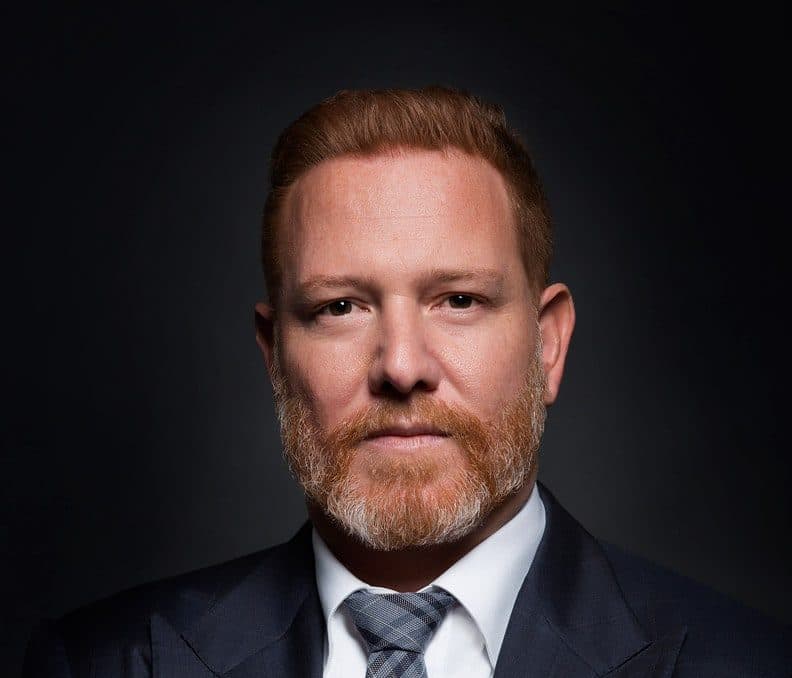 Be real. Even if it upsets people, those who know you, know. The ones who don’t know, and may not like it, are either followers or jealous. Just be yourself, always.

Ryan Kavanaugh is a film and TV producer, entrepreneur and philanthropist who’s films have received over 60 Oscar® nominations and 8 wins. He was #22 on Fortune 40 under 40 list, the 2009 Producer of the Year Hollywood Awards, the 2011 Showman of the Year.

I was approached early on by Mark Canton, former co-chairman among Sony and former EVP at Warner Brothers, to help him with an MBO. After successfully completing the MBO and working daily together on this business, which acquired Michael Ovitz’s Artists Production Group (known for creating Atmosphere Entertainment, which funded blockbusters like 300 and many others), I learned there was a giant hole in the business. While streaming and technology were continuing to advance, finance was stuck in a very old model. There was a huge need for financial discipline and structured deals within the business.

6:00 AM wake up, twenty-minute meditation.

After that, I start by reading emails, texts, WhatsApp and WeChat messages from other countries, as I need to respond before their workday ends. If needed, I will hop on calls with China, Europe, India, the UK, or other territories, to address anything needed before their day ends. My son usually climbs into bed–he’s four–and we talk about the day ahead. Then we eat breakfast in bed together, I drop him off at school, and head to the office.

The first thing I look at are global tasks: business plans with a deadline, deals pending, contracts with a timeline, and try to get those completed before 11:00 AM. Then I follow up with and return phone calls; I have a walking desk, so I try to get 5-10k steps in while rolling calls.

I’ll meet with our head of creative to go over projects and various creative or financial decisions on film, television, and tech. After that, I’ll have back-to-back meetings and calls throughout the rest of the day, and I meet with the head of each department at least once a week to discuss the latest updates. At the end of the day, I return any missed calls, before going home to have dinner with my son.

Commitment, followed by thought, strategy and execution. You can’t make a difference without having undying commitment. It will be hard, and you have to push through the failures until you find success.

Having cofounded Precash (later renamed Noventus, which was PayPal before PayPal existed), the acceptance of the digital wallet was, to me, awesome to watch. In 1997, when we launched Precash, it was hard to understand why physical currency was needed, and that was the fundamental idea of Precash. Seeing cash become irrelevant like we predicted was truly one for the history books.

Also, having helped launch the first interactive television and winning Best Product at CES in 2002, we had deals with virtually every television manufacturer, as well as with EarthLink selling “connected TVs” with streaming content. Getting to see cord-cutting accelerate and digital dominate was like, “Finally.” It was literally like pushing a boulder up a mountain.

In 2010, when we launched the first SVOD movie deal with Netflix, the entire industry was against us; They called streaming VOD a flash in the pan. To see now where the industry has moved just shows how quickly someone can come and make real changes within our business. In 2005, we created Marvel Studios and were laughed out of every room. Hearing things like, “What and who is ‘Iron Man’?”, “A black superhero will never work…”, and “The world will hate Captain America…”, was part of my daily life for a year. To sit back now and see what we brought to life, against all odds–the Marvel Cinematic Universe–after being told they were unknown characters, is a testament to the idea to “Follow what you believe, not what the industry tells you.” The more they fight you, and the more visceral they are about you or your ideas, the more you know you are threatening the status quo, and onto something game changing.

Think before reacting. Never make business decisions based on emotion. Even if you know you are right, you don’t have to point out that others are wrong. Treat everyone with respect, and always give people a second chance. It’s only human to make mistakes; It’s how those mistakes are handled that matter. Most importantly, pick the people around you carefully. Family is most important. Surround yourself with people who are not only smart and successful, but loyal and real. Everyone is there and on your side during the good times, but times are not always good for anyone; Ask yourself how loyal they will be during the down times. You can buy smart people, but you can’t buy loyal people. Choose wisely.

Silver is about 1/100th value it should be. There will be a moment when insiders stop manipulating it where it will see a major upside swing unlike anything we’ve seen.

Rewrite every business plan monthly. No one has a crystal ball, and if you try to stick to exactly what you priorly prescribed, you aren’t allowing your plan, or your business, to be fluid. There is no static plan, and often failure comes because we believe our own bullshit. Rewrite your plan monthly, ask yourself what is wrong with it, and be willing to change it. Bob and weave.

Be real. Even if it upsets people, those who know you, know. The ones who don’t know, and may not like it, are either followers or jealous. Just be yourself, always.

I’ve had many, small and big. I don’t think someone can call themselves an entrepreneur unless they have failed big. Overcoming failure is about how you treat people during those times, and how you are treated. You figure out who your friends are, and who you really want to do business with. Failure is the ultimate tool of filtering out who you don’t want around anyway. Success has many fathers, but failure has few.

Simple—real estate. Cities are growing, the population is expanding, large businesses need more and more space, and the manufacturing and farming industries are coming back to the US. That means a tremendous demand for real estate on the outskirts of major cities. Buy and hold.

A tip for the nicest postmate who was delivering with his son. I believe doing good things for good people and helping those in need is the most important part of life.

Excel is my go-to. I couldn’t live without it.

David and Goliath by Malcolm Gladwell. It’s a collection of true stories about underdog entrepreneurs, each whom took on what seemed to be the impossible, yet made it possible.

“Man In the Arena” by Theodore Roosevelt:

“It is not the critic who counts; not the man who points out how the strong man stumbles, or where the doer of deeds could have done them better. The credit belongs to the man who is actually in the arena, whose face is marred by dust and sweat and blood; who strives valiantly; who errs, who comes short again and again, because there is no effort without error and shortcoming; but who does actually strive to do the deeds; who knows great enthusiasms, the great devotions; who spends himself in a worthy cause; who at the best knows in the end the triumph of high achievement, and who at the worst, if he fails, at least fails while daring greatly, so that his place shall never be with those cold and timid souls who neither know victory nor defeat.”

It’s never as good as you believe however it’s never as bad either. Don’t believe your own BS at the top, and don’t beat yourself up too much at the bottom. Just always stay true to yourself. And buy as much real estate as possible!