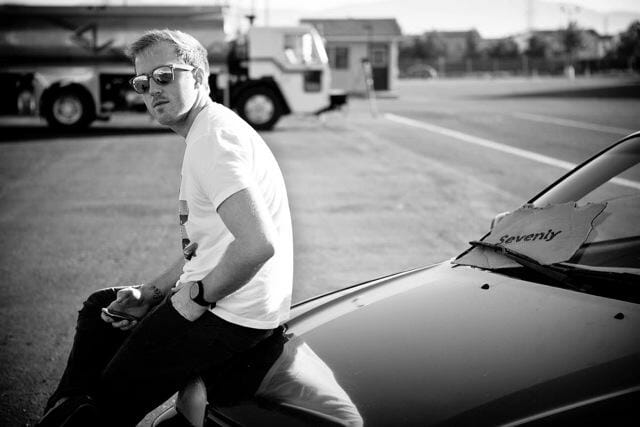 [quote style=”boxed”]I use one of the old-school yellow notepads. That always does the trick for me. I don’t think there is a more effective way to communicate your thoughts and ideas than to write them down with a pen on paper.[/quote]

Ryan Wood is the director of public awareness and partnerships for social-good startup Sevenly, where they raise funding and awareness for the world’s greatest causes through the selling of limited-edition cause products. Before joining the Sevenly team in December of 2011, Ryan was the executive director of the Identity Conference, where he brought together faith-based entrepreneurs from all around the world to hear some of the world’s greatest business leaders. Ryan is very passionate about helping non-profits succeed through innovative marketing campaigns and successful utilization of the power of social media. One of his core foci is turning relationships into revenue.

Currently all my attention is fixated on scaling Sevenly through different marketing avenues. I’m working on injecting the Sevenly story into different online communities.

Where did the idea for Sevenly come from?

Before starting the company, Sevenly’s founders Dale Partridge (26) and Aaron Chavez (19) were both running highly successful businesses with six-digit incomes. Both of them had always dreamed of being successful entrepreneurs because of the freedom it allowed, but soon realized that their dream was no longer what was fueling their ambitions; it was money. Money owned them. They realized through the convictions of their hearts that they were not giving back to humanity with the talents that they were blessed with.

So, in April of 2011, Dale and Aaron created Sevenly as a solution to that problem. The idea of Sevenly came after an almost day-long conversation about how to tackle poverty. They came to the realization that the biggest problem wasn’t the fact that millions are in need; it’s the fact that billions are watching it happen and don’t care. “Sevenly was developed around the belief that people matter,” Partridge said. “We figured that if we could just start getting people to give, then we could get them to care.”

A typical day for me is sending out five to ten emails to different reporters, contacting celebrities, and executing social media posts within our different online communities.

I use one of the old-school yellow notepads. That always does the trick for me. I don’t think there is a more effective way to communicate your thoughts and ideas than to write them down with a pen on paper.

I would have to say the transformation from selfish consumerism to socially conscious consumerism. Surveys show that more than 80% of consumers would rather purchase a product that is tied to a cause, and that’s very exciting for me to see. We’re all about leading a generation toward a lifestyle of generosity.

I’d have to say working in retail was the worst job for me. Although it was a headache most of the time, I did learn some valuable sales techniques that I use to this day.

Great question. I would come to the conclusion that people matter a lot sooner than when I did. Things really come into perspective when you understand that a fulfilling life is not obtained through making a great living for yourself, but from giving someone else who does not have that luxury a chance at life.

Seek wise counsel from those who have gone before you, and remain humble in your successes.

As a young entrepreneur (23), pride can very easily establish a prominent presence. In reality, pride is bad for business. I’m learning to overcome this through great mentorship.

I honestly haven’t thought through any ideas lately. Life has been insane and too fast-paced for me to put any thought in to this.

I would change the way people view generosity, and Sevenly is how we’re doing this.

I love diet coke with a passion.

Twitter is probably my number one resource for contacting reporters, journalists and most celebrities; it works like a charm! Numbers two and three would most likely be compete.com to check web traffic for other sites and BETA Pinterest analytics tool, Curulate. I have more than 650,000 followers on Pinterest, and through Curulate, I can track my growth and productivity, which is nice.

I would have to say Fierce Conversations by Susan Scott. It provides some awesome tools for individuals to truly harness the power of every single conversation to get the most out of them.

Well, me, of course (@ryrwood). Then I’d say our director of marketing, Justin Palmer, as he’s a literal genius. Number three would be our CEO, Dale Partridge, as he’s awesome at tweeting inspirational quotes and advice.

Yesterday evening, I believe. My fiance is quite hilarious from time to time with her corny jokes.