Sally Whittle – Creator of the Tots100 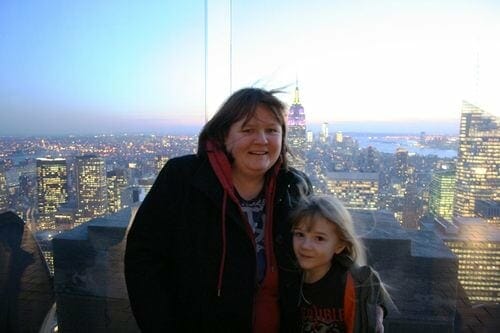 [quote style=”boxed”]I’m a huge believer in trying something that doesn’t end up working over not trying and being infuriated when someone else executes the same idea before me.[/quote]

Sally Whittle is a freelance blogger and writer based in the UK. After spending 12 years writing about the tech sector for various magazines and newspapers, she caught the blogging bug and began blogging at Who’s the Mummy, which was ranked the UK’s #1 mummy blog in 2010 and 2012. In 2009, Sally launched the Tots100 index to aggregate information about the rapidly growing UK parent blogging community. The site has grown rapidly in the past 3 years and now provides profiles and metrics on more than 3,000 UK parent blogs, alongside a unique brand-blog messaging platform that is used by more than 200 UK brands and PR agencies. In 2010 Sally launched the first national awards program for British parent blogs, the MAD Blog Awards. Now in its third year, more than 1,000 blogs take part in the MAD Blog Awards. In 2012, Sally launched a sister site to the Tots100, the Foodies100, which now provides metrics and profiles on more than 1,700 food and drink blogs. Sally is also the founder of BlogCamp, a program of free and independent workshops for bloggers who operate around the UK. BlogCamp brings together bloggers from all sectors to learn from one another and listen to industry experts talk about everything from SEO to editing photos.

At the moment, we’re in the final stages of launching a new service for both the Tots100 and Foodies100, which will allow our members to monetize their blogs more easily. We’re also working on our third index site, which will be launching in the next couple of months. We’d like to have 4 blogging index sites live by the end of 2012. I’m also in the middle of running the third annual MAD Blog Awards and planning for our biggest ever BlogCamp event, which is taking place next week in Birmingham.

Where did the idea for whosthemummy and Tots100 come from?

As a journalist, I had a lot of contact with PR agencies and brands and knew how useful they found media databases. As social media grew in influence, PR agencies told me that they were struggling to know who these mummy bloggers were, where to find them and how to understand who was most influential and relevant to their brands. I had the idea to create something that would act as a resource for PR agencies and also use social metrics to evaluate blogs based on popularity, influence and engagement; the things that make blogs useful to brands. At the same time, I didn’t want the site to be private like a media database. I wanted something that would allow blogs to promote themselves and find other blogs and bloggers to connect with.

Chaotic. I have a great team and I usually start the day by touching base with everyone, checking what they’re working on and asking what they need. I then try to spend time talking to clients. I might be offering them new ideas on ways to work with our members, helping them make the most of the site or just responding to questions they have about our members and community. I dip in and out of Twitter and Facebook. I try to answer questions as they come up and chat with people I follow who might recommend great things to read. I also spend time writing each day, including blog posts, client proposals and newsletter content. I love to write, so it’s never a chore.

I’m a huge believer in trying something that doesn’t end up working over not trying and being infuriated when someone else executes the same idea before me. If I have an idea, I’m usually pretty quick to try and pitch it to clients, get the financial support we need and bring the idea to life. My developer likes to say, “nothing is impossible” and encourages me to send him a lot of “how do you think it would look if we…” emails. We have an amazing team.

New ways people are sharing content is exciting to me. Blogs are maturing into independent publishing platforms and exploring video, audio and really professional design. That, combined with the increased ways bloggers have to connect with one another, means the community is becoming so much more influential and vocal than it’s ever been before. It’s really exciting to be a part of something like that. I remember working at an Internet startup as an editor the year before the dotcom bubble burst. It’s the same feeling of ideas being turned into product so quickly.

I worked as a door-to-door fundraiser for Greenpeace Canada. I had to raise $120 a day to keep my job and that was tough in neighborhoods where there was an SUV or a speedboat in every other driveway. I’m not a naturally social person and that job involved knocking on dozens of doors a day and trying to build rapport with people. It taught me that I might not always love it, but I can talk to anyone if I’m honest and enthusiastic about the subject at hand.

Get a solicitor sooner. I thought that investing in legal advice before signing contracts was too expensive, so I  didn’t bother in the early days. I took things on faith and assumed people would behave in certain ways. Of course, they don’t, especially not when you’re a female entrepreneur. I soon learned that legal advice after the fact is incredibly expensive. Now I have a solicitor check every contract before I sign it.

Dive in and get involved. Everyone who works for my company writes a blog. Everyone thinks blogging is cool. There’s no substitute for having done things yourself and having worked through the same issues and challenges as your members. You gain so much more credibility and you learn more by doing than you can by reading a thousand analyst reports. I blog most days and I’m on Twitter and Facebook every day. I make sure I play with every blogging platform, every new social network and every mobile app. My advice is to get your hands dirty. It’s more fun that way.

Fail small and often. It’s always better to try a new idea and have it not work than to not try the idea and then try to catch up when you’re not first to market.

I’d want better support for working parents. At the moment, it’s possible to be successful at 2 of the 3 important things: work, family and friends. I’d like to be able to fit all 3 into a work week, but it seems impossible. I’m always choosing which one loses out. My friends are incredibly forgiving of the fact that they hardly see me. I think that if there was more support for flexible working and a greater appreciation of the importance of work/life balance, things might be better. It’s so easy when you work online for people to expect you to be immediately available online 24/7. It’s seen somehow inappropriate to say, “I’m taking time out to spend with family and friends.” Hence, you see those parents ignoring their children at the park because they’re checking messages on their BlackBerry. It’s so sad.

I don’t really know much. I make it all up and hope for the best.

I love Accidental Billionaires by Ben Mezrich.It’s gripping and quite inspiring in that it shows how a good idea might start small, but if it’s really good, it will grow.

Lots of 80’s music. I defy anyone to listen to Limahl and not smile.

I love to follow people who make me think or make me laugh. Luckily, the best Tweeters do both.

Last night. I was watching Anchorman on DVD. The scene in which all the news crews have a street fight makes me cry with laughter every single time.

My mother, actually. She is smart, strong, independent, honest and fair. That’s pretty much everything I try to be.