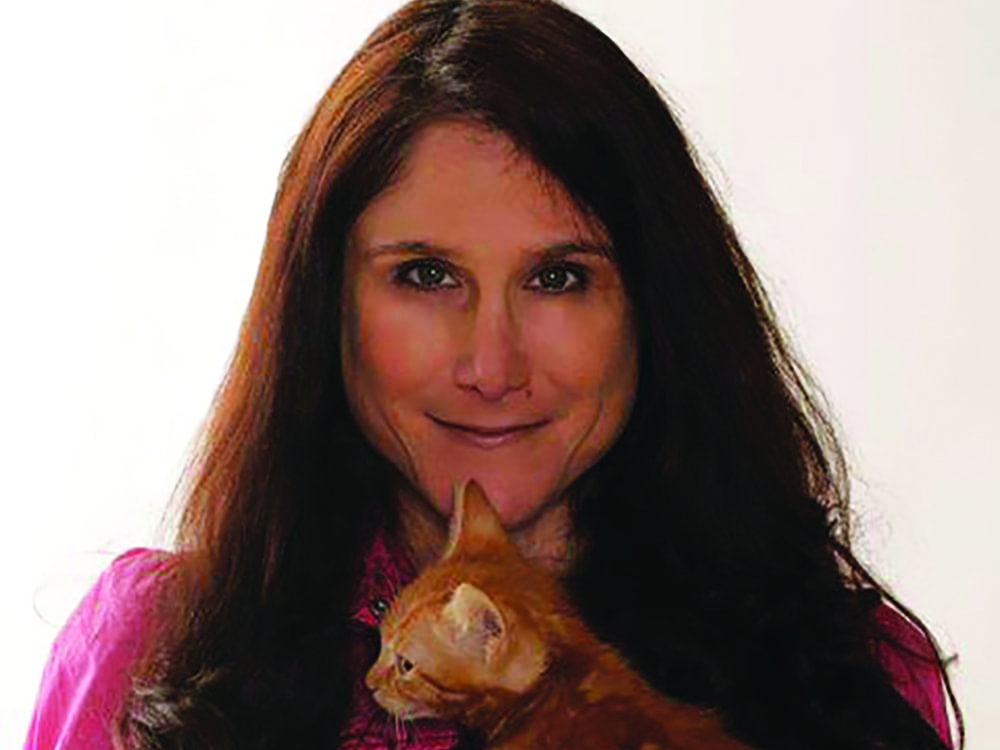 Take a creative approach and ask. I am in the business of asking, charity is all about asking, but many people are afraid to ask. Asking is not demanding.

Shawn Simons is the founder and Headmistress of Kitty Bungalow Charm School for Wayward Cats, a ground breaking feral cat socialization non-profit in Los Angeles. Prior to starting the organization Shawn was a television writer and producer who was extremely allergic to cats. By taking the creative tools from her life long relationship with the arts she created an organization that wraps its mission in accessible branding and brings a creative approach to the work. This strong marketing strategy has catapulted the organization into the limelight allowing them to not only fulfill their promise to the feral cats of Los Angeles but push the boundaries of progression in rescue and charity.

Shawn came upon the work accidentally after buying a house with her husband that came with a feral cat colony. Having no experience in animals, pets, cats or charity Kitty Bungalow was the next sensible step for Shawn. Always an out of the box creative thinker she brings her own special outlook to the work of cat rescue.

Where did the idea for Kitty Bungalow come from?

I would like to take credit for Kitty Bungalow Charm School for Wayward Cats, but it was actually Mama Cat’s idea, in that a stray Mama Cat kept having babies in her backyard! While I wasn’t a cat lover at the time, or an animal lover, I say I identified with the humane part of human being and saw a need and thought I could help. By starting in her own back yard, I began helping neighbors and their neighbors and have now spayed and neutered over 5,000 stray cats and will hit the 1,000th adoption mark this fall.

The Headmistress’ day contains a lot of hats. Running a small volunteer fueled organization has meant being responsible for burned out light bulbs to the health of the animals or the monthly social media to creating a five-year budgeting plan. The day begins as soon as eyes open and work doesn’t end until the bed is back in sight. It has been as 7 day – 75 plus hour a week job. But that is what things have to be in the beginning to create a foundation. The organization is finally at a place to bring in a couple of key staffers and a strong Board of Directors to help take on the responsibility of the trajectory of the future.

I am a big dreamer and tend not to believe that anything is impossible. And while the vastness of her dreams for the organization has not come true (yet, I add) amazing things have happened. Shooting for the stars can often have you landing on the moon.

Private public partnerships. We have had great relationships with cooperate sponsors and I love to see more for-profits getting involved with non-profits. I think the payback (aside from the tax benefits and karma) helps them to grow their audience and consumer base. I love that people who care about an issue are being particular in their buying power and the more they support businesses who support their causes the more businesses and corporations will follow this trend and give back and into their communities.

Answering emails as soon as they come in. Because my email box (I have three different work email addresses to attend to) gets very full very fast, I find that answering immediately allows me to move on to the next important task on her list, and not to have to get caught up in whether or not I have left something unfinished. Even if I don’t have all the answers at that moment it allows me to put the ball back in their court and keep the conversation moving forward without it falling off the radar.

My worst job was as a commercial director’s assistant. While I thought I would be in interesting meetings and sharing brainstorms, instead I picked up dry cleaning and hosed out the inside of Turkeys for a Boston Market spot. It became very clear to me that dues are an important part of the system, but mostly I learned that I wasn’t above any work. While I once had my hand up a turkey cavity, I now have my life surrounded in cat poo. I never feel bad for asking anyone to take on any task because I know that I will also do it.

Well, I didn’t end up anywhere I thought I would be going. But I think the lesson I learned across the board in all aspects of my diverse career is you cannot make decisions out of fear. Anytime that happened the end result was a disaster.

Does working 80 hours a week count? Truly I don’t know how things get done without a lot of hard work. But for my organization it began with a clear creative vision of who we were which attracted attention. At every conference, I am at when I introduce myself as “Shawn Simons the Headmistress of Kitty Bungalow Charm School for Wayward Cats” I learned I had to wait for a laugh line. The fact that our name and our tone stood out made the organization as a whole stand out. More people were attracted to us without us making a big effort.

Hiring the right people. I think like many entrepreneurs I wear a lot of hats. Finding a paid staffer to take on and over some of my responsibilities has been an impossible task. I want another one of me, until I realized that made me sound like a narcissist. But I want my staffers to succeed and I want everyone who interviews for me to get the job. In the end I think that has resulted in giving more than I was getting.

This idea will not only make you a ton of money, but you might win a Nobel Prize as well. Have you ever noticed that old bald men have a lot of sun damage on their scalp? That is because we don’t put suntan lotion on our heads. I happen to be lazy about SPF all the time and am always looking for a time saver. I thought how great it would be to shower in SPF. I remembered those fraternity pranks where they would put Jell-O in the shower spicket…why not put an SPF pack in the showerhead that delivers SPF while you shower, covering your feet, your head and other hard to reach areas. You’re welcome.

Thai massage with my husband. I work a lot. I have just finished getting through the busiest season where we produce a giant celebrity Broadway review benefiting the organization. I went right back to work training a new staff and sometimes it feels like it is work 100% of the time. Taking a moment to relieve stress and being with my partner put a smile back on my face and allows me to see a clear perspective of the path ahead.

Signup Genius. Love it. We are a volunteer based organization and are always relying on volunteers for special events. Sign up Genius is a great way to get out the word about your staffing needs and a simple interface for people to sign up. We also use it for our orientation.

Deepak Chopra The Seven Spiritual Laws of Success. I think the secret I got out of it was redefining success. Success is not the money you make or the title you hold, success is fulfilling your personal mission to the world at large. For me, that ended up being cats, which is odd since I never was an animal lover, instead I saw a need in my community and felt that I had something to give to the solution. I quit my work as a TV producer and started a non-profit.

The Founders of Best Friends Animal Society. Thirty years ago these ‘kids’ decided to make a difference and expand their local independent rescue work into what would become the largest animal sanctuary in America and paved the way for the No Kill Movement. They didn’t have money, fancy parents, just a vision of making a difference. They took a leap of faith and developed into something much larger than themselves.