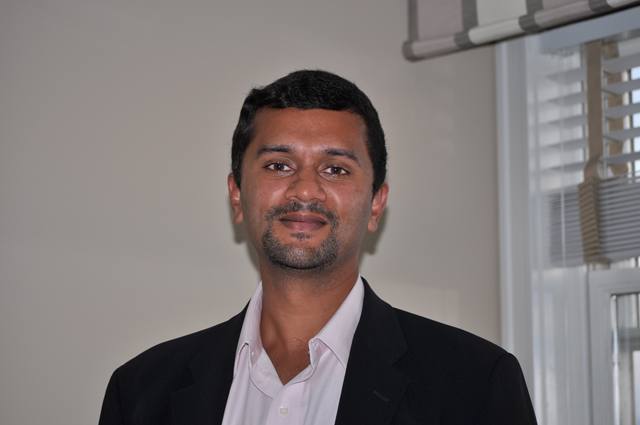 [quote style=”boxed”]Read. You need to be up-to-date on the news. Things happen in a flash in the tech world and investors and other entrepreneurs expect you to be current. Read for an hour every day and get yourself up to speed on current events.[/quote]

Sunil Rajaraman is the CEO and co-founder of Scripted.com, a marketplace for businesses to hire freelance writers. Scripted.com has a pool of 80,000 freelance writers and ranks in the top 5 among the largest writer communities on the Internet. Scripted.com began as an offshoot of a popular screenwriting software provider Scripped.com, which launched in January 2008.

Sunil Rajaraman was the 2008 recipient of the Young President’s Organization Scholarship at the UCLA Anderson School of Management. Sunil holds a B.A. in economics from Claremont McKenna College. Prior to Scripted, Sunil held positions in management consulting and finance.

I am working with a fantastic team on building the premiere marketplace for businesses to hire freelance writers.

Where did the idea for Scripted.com come from?

We are the classic “startup pivot” story. We started off as a service for screenwriters to get their work noticed by producers. What we discovered along the way (when our writer base reached 50K) was that our writers were looking for paid gigs. Enter Scripted.com; we started vetting our writers by area of expertise and asking our startup friends if they needed help with content.

I’ll stick with the cliché and say there is no such thing. That said, my primary job is sales/business development, so on most days I try to find customers who could potentially be large volume clients. I’m on the phone a lot.

One step at a time and not always well. Generally, when I have an idea in mind, I have a clear picture of what it should look like (whether it’s a product, a sales idea or whatever). Rarely do ideas actually end up the way I envisioned them;  most of the time they become better.

Content marketing (obviously). Google’s Panda update put a lot of content marketers in check. Only high-quality stuff will get indexed, which is where we come in. High-quality writing always wins!

I worked in finance for a very large tech company and it was not a great experience. I am just not cut out for working for big companies and learned first hand what paralysis by bureaucracy looks like. I learned that I never want to work for a big company again.

I wouldn’t do anything different. We are where we are today for a reason. I try not to look back and second-guess too many decisions; it can be depressing.

Read. You need to be up-to-date on the news. Things happen in a flash in the tech world and investors and other entrepreneurs expect you to be current. Read for an hour every day and get yourself up to speed on current events.

Google Docs, Spotify and Basecamp because they are all easy to use and add real value.

I’m more of a fan of non-business books. My favorite is theFountainhead by Ayn Rand. Read it because finishing the book is an accomplishment in and of itself, but it’s also beautifully written.

I’ve been listening a lot to Use Your Illusion II by GnR. It’s an oldie but a goodie. One of the preeminent albums of the 90’s.

When I follow folks on Twitter, it’s usually for the humor value. It doesn’t get any better than notjaycutler and realtracymorgan on that front. DJ is an advisor of ours and he always has interesting things to say, so I threw him in there, as well.

I laughed out loud at the Donald Trump Ali G skit, which I watched on YouTube a couple of weeks ago for about the millionth time.

My folks because they are the rare combination of entrepreneurial + grounded. My mom started her own math tutoring company and my dad was part of Tymnet, which was the nation’s first nationwide commercial data network. More important, they’ve been married for nearly 40 years and had to deal with my sister and I growing up, which was no easy task.

If you were not running Scripted, what would you be doing?

I’d probably try to get into the entertainment industry as a TV series producer. I’d be on the lookout for the next Wire, Shield or Sopranos.

Politics because the state of the two-party political system in the U.S. is a complete joke. We need outsiders with fresh ideas to step up and take over the government.

What is your favorite movie of all time?

Memento because every time I turn it on I get something new out of it. Christopher Nolan is brilliant.