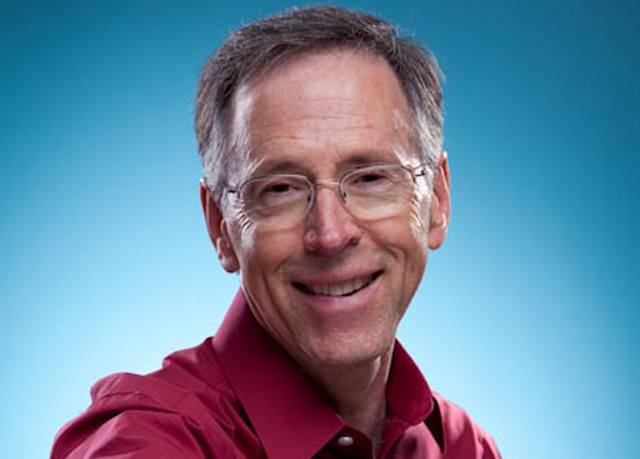 [quote style=”boxed”]Use every single interaction and activity to learn and get even better. Life is one amazing textbook.[/quote]

Steven Vannoy is an author, speaker, facilitator and founder of Verus Global. In 1990, Verus Global launched with the vision to build resilient work cultures, more productive teams and a higher quality of life for all. Now, with more than 40 years of business leadership experience, Vannoy is a recognized expert in building the strength of corporations internationally, and also creating sustainable, healthy cultures in workplaces, communities and families.

In addition to facilitating sessions with top corporate teams around the world, Vannoy and CEO Craig Ross are working on a series of leadership books. The first, Stomp the Elephant in the Office, was released in 2008. Stomp follows the best-selling book, The 10 Greatest Gifts I Give My Children, written by Steve and published in 1994. Still in print, the later book has sold over a half-million copies worldwide and has been translated into numerous languages. Two additional titles to support and inspire leaders are slated for release in 2012: Degrees of Strength and Best Ever.

What does Steve love most about his work? Seeing and celebrating people’s greatness and helping them excel even more in their lives and careers. He’s guided by the beliefs that there is always a way to serve deeper, to learn and improve more, to go higher and to have more fun. He brings this spirit to each day he spends with his family and to developing rich friendships with the Verus Global team and partners around the world.

I’m supporting a senior leader by coaching him on how to leverage his strengths, including his knowledge and momentum from the past, in his search to up-level his career and find a new position. I guide him by using our Verus Global tools to accelerate his results. Our relationship goes beyond the typical “coaching” or “consulting” relationship, which is important to me. More than a client, he’s a true friend. When he gets his new position, I look forward to the most important coaching of all: helping him begin transforming the lives of the leaders around him in an effective and sustainable way.

Where did the idea for Verus Global come from?

The simple answer: it comes from a desire to help people live whole and full lives. I have a passion for experiencing what happens to a life, and the world, when we live in “degrees of strength.” I want to share this idea with as many people as possible. I want children to grow up experiencing happy and confident lives because their parents model that.

The complex answer: after building a premier talent agency, my life took an unexpected turn and I lost everything: my wife, my family and my business. I was devastated to go from having the Midas touch to living on a soiled mattress in a filthy basement. My turning point was on a park bench, realizing that even though I’d lost everything, maybe I could still be a good father. That’s when I began researching and writing The 10 Greatest Gifts I Give My Children. That book was the foundation that has built our work with leaders from around the world. As it turns out, there are many leaders who want their legacies to be about building and developing those around them; many of the fundamentals of being a great parent also apply to being an extraordinary leader.

I get up early every morning and sit in front of my favorite deck window with my Blues guitar in my lap, watching the very first color in the eastern sky build into full daylight. Then, I love stepping into my library because it’s a place of service, creativity, joy and rest. When I’m not traveling to facilitate sessions with leaders, I’m on coaching calls to support leaders, helping them to  perform and innovate better than ever before. I mentor and support our team members, and I often learn from them. At work and at home, each interaction is an opportunity to enhance and build that person, and in turn, to build myself.

I dive into my music, where ideas and inspiration take off. I take a walk in the mountains around my house, letting the ideas swirl around and then share them with a trusted friend. Then the next steps come. One thing that’s unique about our work is that we tend to bring ideas to our collaborative team, where they can be made even stronger. Sometimes people get so attached to an idea that they lose out on the ability to make that idea stronger. It’s a special skill to be detached enough to bring an idea forth and let others build on it or kill it.

The leaders we work with are driven by the idea that the workplace can be a place that builds and develops great leaders and innovative projects. I’m excited to see these leaders stepping up to own the belief that people want to be great and by supporting their greatness at home and at work, they get an inspired workforce. I believe the leaders we work with are early adopters and that this is just the beginning of a movement to revolutionize how work gets done.

I was the VP of marketing for a software company in which the leadership and culture were very toxic. That job was one of the inspirations for what we do now. I saw the company pay top dollar for top people and then disengage them in a manner of months. I learned volumes.

Put my values and loves first…from the very start!

Use every single interaction and activity to learn and get even better. Life is one amazing textbook.

Develop a guide to help teenagers learn to cope with their parents during the teen years. I’ve raised 3 girls and I’m sure they would have appreciated support coming from someone other than just their parents.

I would want every child to grow up in a rich, full and safe environment.  When all of humanity is healed and fulfilled at this level, most of our societal problems, from broken families to hunger to war and to everyday hurtful behavior will end.

I’m working on creating this shift by inspiring humanity to live in “degrees of strength.” I’ve co-authored a book called Degrees of Strength: The Innovative Technique to Accelerate Greatness, which includes a concept that’s been life-changing for the leaders we work with. It’s built on this idea:

Leaders who live in “degrees of strength” truly understand that anything is possible and that there are endless ideas and opportunities. This technique is how one of our clients went from worst to first in its market. It’s also how one leader helped her child stop stuttering.

I want to serve people with my music by having my original compositions or adaptations of others’ music add to people’s lives through healing and joy.

How to be an Everyday Philanthropist by Nicole Boles. It’s endlessly inspiring with doable and practical ideas to make a difference.

Mostly songs I am learning at that time. Right now, I am listening to a couple of Michael Bublé songs.

I just started using Twitter, so this is an exciting exercise.

Recently, my wife and I were on sabbatical and exploring campsites when our 11-year-old Bichon, Honey Lynn, had a nervous reaction to being away from home (your readers who have dogs can appreciate how focused dogs can become when they’re itching and licking). After my wife had spent an entire day listening to Honey lick, we sat down inside the camper to watch a movie and the dog started licking again.  In frustration, my wife yelled out, loud enough for everyone in the campsite to hear: “HONEY, Would you stop licking your bum!”  Needless to say, I didn’t leave the camper for the rest of the night.

I have so many, but my top heroes are my wife, Barb and my mother, Ma Vannoy, who at 94 amazing years-old loves every moment of her journey.

How can you upgrade your leadership one more notch?

My answer is two-fold:

What is surprising to you about your current stage in life?

I’m 61 and for so many reasons, life is more satisfying and enjoyable than ever before.