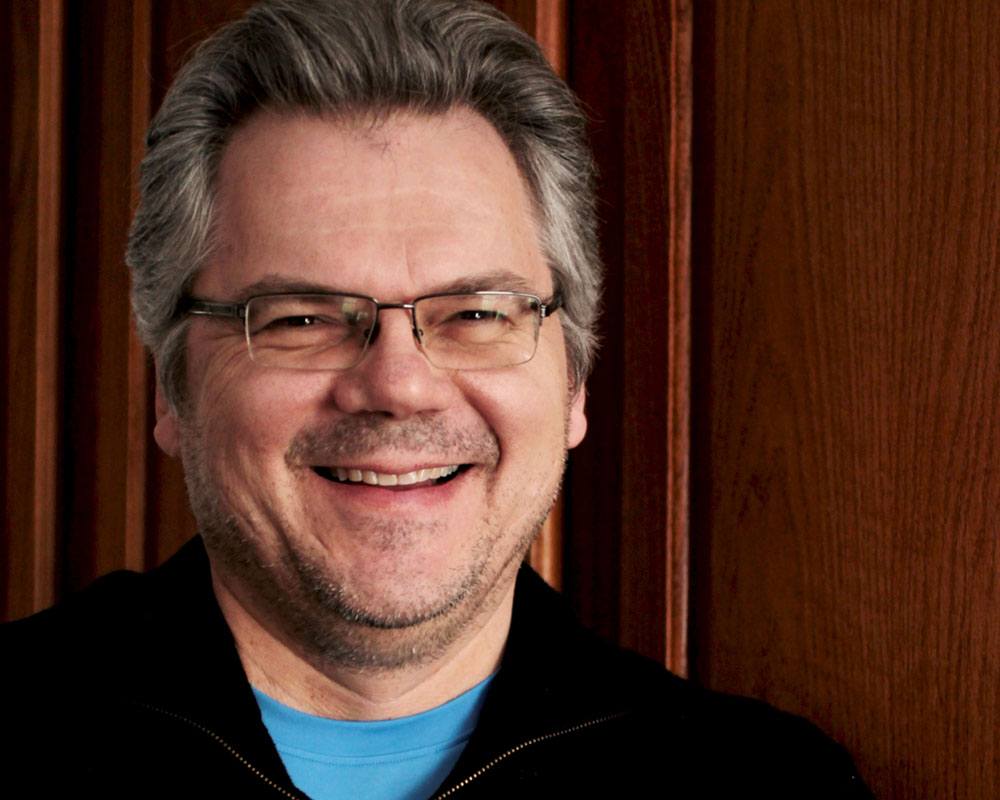 My failure was more about putting off trying, with the usual mental excuses – not smart enough, rich enough, talented enough, well-liked enough, or tough enough to pull it off. All of which is BS and one day you finally realize there’s absolutely nothing stopping you.

Tim is a writer of software and other fiction in Portland, OR. He grew up in Baltimore and Detroit and got a degree in computer science at University of Michigan, where he also minored in creative writing and won the prestigious Hopwood Awards for a collection of short stories. Then he promptly left the freezing Michigan winters and headed for Silicon Valley to be part of the PC revolution. He fell into screenwriting several years ago and won the Manhattan Short Film Festival Screenplay Contest in 2013 for “America The Beautiful”. That led to the idea for ScriptLadder.com, which was a perfect opportunity to blend his technical skills and passion for writing. When not at his computer Tim can usually be found practicing classical piano, binge-watching Netflix, or kayaking with friends on the Willamette River.

Where did the idea for ScriptLadder come from?

I’m a software developer by day, but I’m also an amateur writer and I wrote my first screenplay about 4 years ago. I decided to host a “table read” at our house with 16 friends reading through the whole script and it was a total blast. But the logistics were crazy – printing copies, assigning and highlighting parts, hoping nobody bailed on me because reassigning the printed parts would be a nightmare. It took 3 days to pull it all together. Afterwards I had to pore over all the copies to read peoples’ handwritten notes. The whole time I kept thinking, “I should write a program to do this!” So I did. ScriptLadder is a new website dedicated to supporting and encouraging an online community of screenwriters. Members can securely upload their film or television screenplay and immediately see a unique collection of Visual Analytics and compelling infographics about their script. They can also easily share scripts with other members and get valuable feedback notes without resorting to old-school email attachments. They can even hold a online table-read of their script and get immediate feedback from the participants. It’s a great new platform that makes it easier for screenwriters to connect with their story, with their colleagues, and ultimately with their audience.

It took about 15 months to build ScriptLadder part-time while I did my full-time software job. I’d typically work a couple hours in the morning before work, again over lunch, and then put in another 3-4 hours in the evening. Then the weekends I devoted almost entirely to it. I think the key to staying productive for part-time projects that last a long time is to be extremely organized. I filled 4 whiteboards and my computer with hundreds of very small doable tasks. That way when I only had 45 minutes over lunch, for example, there was always some task of just the right size to tackle. It’s slow going, but you can’t help but make progress. Then one day you look up from your list and realize you’re done.

I’m a very technical computer person but I almost always start on paper. I found some really great notepads with very thick paper, and I have about 20 fantastic UniBall Impact 207 rollerball pens. That combination makes me very productive – it’s so easy to think stuff up when the pen just glides over the paper. You haven’t committed anything substantial yet, you’re just kind of daydreaming on paper. So it’s very easy to make up, then abandon, hundreds of ideas. At some point I commit to some of those ideas and do the slow hard work of turning them into computer code. But you stay much more flexible if you put that part off as long as possible and just keep thinking up variations on ideas. Just don’t run out of paper, or those pens.

The use of social media to actually get things done instead of just mugging for each other online. Whether it’s crowdfunding to build wells in Africa or crowdsourcing to help NASA find inhabitable planets or organizing influencers to promote sustainability, I think we’re waking up to the real possibilities of a universal Internet and what it could actually mean to be fully connected with everyone else on the planet .

Managing my emotional health. People like me who work long hours alone for many months experience huge emotional ups and downs which you might not feel if you completed something in a couple months. You go from thinking you have a fantastic idea to a dreadful idea, multiple times. It takes a lot of energy to keep at it and to consciously push back thoughts like “this is really stupid, I should be doing something more practical, my spouse is really getting tired of this, nobody’s going to like it,” etc. It’s hard to stay connected with that initial sense of vision and enthusiasm over a long haul. So I try to be very aware of when those feelings are coming over me and change things up to give the right side of my brain a playday – I’ll doodle on my notepads some more, or do online research (i.e., randomly surfing) for some much-later phase. Another good thing to do is occasionally reach out to friends who you know will be honest with you about your work. Or, almost as good, are happy to lie to you to make you feel good because you know, they’re your friend. We all need those pats on the back every so often and I’m good at asking for them when I need them.

I’m clueless about graphic design but it’s a huge part of the user experience. I would find a great designer early on who shared my vision and have them work with me from the start. It would take far less time to get done and be a lot less stressful, even if I had to pay for it out of pocket.

Don’t psych yourself out. I tell people you are always on a continuum of talent and skill, like being on a ladder. There are always people below you and always people above you, and there always will be. You can’t let that stop you. If you focus only on the ones you’re better than, you never grow and become kind of an arrogant jerk. And if you focus only on the ones better than you, you never get started and become depressed. The truth is I personally know 20 people who could have built ScriptLadder, and maybe even done it cheaper and faster. But so what? They didn’t do it and I did.

Ask for help. You can’t do everything and you shouldn’t. You’re the vision keeper so you need your time freed up to tend to that all-important job that usually only you can do. Even when you are doing everything, keep in mind you’re actually doing 5 jobs and one day you should probably get 4 other people to help.

My failure was more about putting off trying, with the usual mental excuses – not smart enough, rich enough, talented enough, well-liked enough, or tough enough to pull it off. All of which is BS and one day you finally realize there’s absolutely nothing stopping you. It’s only once I started building ScriptLadder that I could confront those limitations and then work out strategies to get over or around them, because now it’s real. I’ve learned that simply starting is everything – you can always do course-corrections but only if you’re actually in motion.

When I get taken along on shopping trips or to events with a lot of downtime, I’ve often thought someone could make a killing with a big rolling cart they push around that serves alcohol, comes with some portable lounge chairs, and has a big screen TV mounted on the side with wireless noise-canceling headphones you rent.

We moved to downtown Portland recently and now I walk everywhere which is great. I bought a really nice backpack with a special padded compartment for my laptop and a dozen other pockets and sections for everything I carry. I’m totally mobile and self-contained as I roam around town getting work done.

I use Google Alerts to keep up on trends in the screenwriting and software businesses, and I’m a big fan of HipChat and Google Hangouts when working with remote clients. Anything to keep me from having to go inside a corporate office. I’m not so much with the twittering yet but I’m learning from my daughter who’s a social media guru.

“Switch” by Chip and Dan Heath. This is a fantastic book about what it takes to really make change in any size organization. There are some great lessons in there if you’re tasked with changing the status quo of a company, but the same principles apply equally well to changing your own habits and behavior. It’s all about the elephants.

If you’re a screenwriter you’ll learn a lot from Erik Bork and Gordy Hoffman. For just general entrepreneurial learning I’ve always loved the book and TV series from years ago called Growing A Business by Paul Hawken. The TV series was especially good, as they interview 12 different people and companies in all aspects of growing their businesses from nothing. People like the founders of Patagonia, Mrs. Fields Cookies, and Ben & Jerrys Ice Cream. Great foundational information and very fun and inspirational.