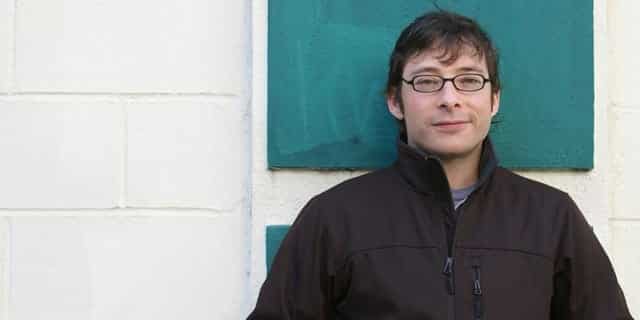 [quote style=”boxed”]Put yourself in situations that make you uncomfortable. It’s the only way to stretch and keep growing.[/quote]

Todd Silverstein is the co-founder of Vizify, a Portland, Oregon-based startup that transforms the content and data you’ve already created on the web (like tweets and photos) into a single, graphical bio that shows the best of you. Use it to stand out, find the perfect job, win a new client, or simply make a great first impression.

Todd spent the last decade crafting software experiences as a product manager, including one year during which he discovered that he truly was a full head shorter than most of the natives living in Stockholm. In the late ’80s he sported a “rocking mullet, ” so that his awesome hair would stick out from under his hockey helmet and intimidate opposing players on the ice.

In a past career as an editor in the ever-dying book publishing industry, he oversaw several New York Times bestsellers, authored an eminently forgettable page-a-day calendar, and published several unjustly forgotten poems. For the more visual than literal, you can see Todd’s graphical bio here.

Vizify is taking up all of my time at the moment. But in the almost non-existent free moments I have left, I’ve been teaching myself a bit of Ruby on Rails and have been continuing to write more stanzas of a long narrative poem that I’ve been working on for over a decade. Along the way, I watch movies based on comic books and ingest occasional banh mi sandwiches.

Where did the idea for Vizify come from?

Vizify is based on a really simple idea that looking your best online matters. My co-founders Eli and Jeff, and I, were looking at the proliferation of data being shared online in the form of tweets, photos, etc., and the parallel movement of first, second, and even third impressions being made online too. Today, it’s likely your next employer, client, or even date is going to meet you on the web first. We started playing around with our own data and trying to make sense of it all. And being really passionate about data visualization, we began drawing pictures of that data, which proved helpful for getting our own heads around the information. We sort of stumbled into the discovery that a picture isn’t just worth 1,000 words, it’s worth 1,000 kilobytes too. When the social-media-savvy folks in our network started demanding visualizations of their own data, we knew we had stumbled onto something special.

One of the reasons I like startup life is that there’s no such thing as a typical day. The few things that remain constant include: copious amounts of coffee, doses of sarcasm from my lovely wife, an extremely brief period of time between waking and being in front of a screen, and conversations with people about how we can make their Vizify bios better.

I like working up ideas on my own first, through a lot of analog paper-and-pencil play. I do lots of writing/sketching, throwing things away, exploring various iterations, picking things up and putting them down again. From there, I really like refining things further with company, often at a whiteboard. You should never give me the marker though, because the end result will be incomprehensible scribbles. I’m a little too excitable.

Personal visualization, especially for people who are spending more and more time online and on connected devices. Online activity is generating so much content, data and metadata (things like time and geo information). And there are a whole bunch of companies, especially advertising plays, looking to take all of this wonderful data and find better ways of selling you stuff. But I think the real opportunity is to help people understand and use this data for their own creative purposes–to discover surprising patterns in the way they live, to change behaviors, and as tools of self expression. But one of the challenges is making that data more human-accessible or people-friendly. I think visualization is an amazing way to help do that.

In college, I was a dishwasher for a greasy and cheap Chinese restaurant. Though it seemed like a young man’s dream come true, free general tsos every night for dinner is actually a nightmare waiting to happen.

Put yourself in situations that make you uncomfortable. It’s the only way to stretch and keep growing.

I’m still waiting for a fusion Japanese-Jewish restaurant. You could call it “Ju-shi.” Think whitefish and herring sashimi, and corned beef and pastrami hand rolls.

I’d makes houses and everything in them 10% smaller in scale, like I’m told they do with Hollywood movie sets. That way, everyone could feel more epic.

If I did that, then it’d no longer be a secret.

I can’t recommend just one, so:

They’ve all profoundly changed how I think about making and conveying meaning through images, words and narrative.

My wife has a talent for making me laugh at her shenanigans, which occasionally involve bacon, garden gnomes and cats, but never together.