Will Russell – Co-Founder of ReadyRez.com 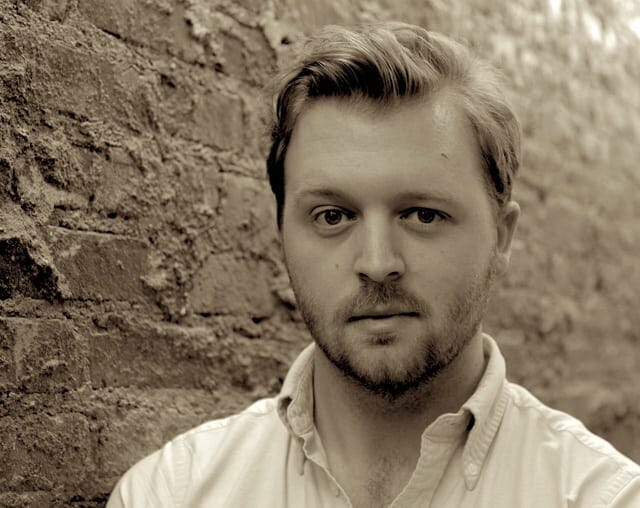 [quote style=”boxed”]Conversation. It’s amazing what you’ll learn from talking to people, whether that be someone you trust or the guy who sells hot dogs on the corner. Ideas can come out of the smallest thing mentioned in a conversation.[/quote]

Will Russell is the Co-Founder of ReadyRez.com, a website dedicated to helping people easily make the perfect resume for free. He started ReadyRez with Co-Founder Jon Arkin after the two became fed up with the hassle of making, formatting and saving resumes while searching for jobs right out of college. They have been giving people a chance to get a job faster and easier for the last few years.

Russell and his business partner Arkin are looking to grow ReadyRez into the ideal place online to easily create and store resumes for employees and employers. The drive to get Americans back to work keeps them striving to create the best product for job seekers.

Personally? Soup. I’d like to perfect the perfect soups for fall—a little weird, but a little delicious, too. As for ReadyRez, Jon (my business partner) and I are working to release a new version of RR that will be the best yet, with new features and a better user flow to make creating the perfect resume even easier.

Where did the idea for ReadyRez come from?

In college, Jon and I were really fed up with trying to make resumes all the time when applying for jobs right out of school. From formatting issues with a certain word processing software to keeping track of all the different versions of resumes, we just thought there could be an easier way to do things.

Conversation. It’s amazing what you’ll learn from talking to people, whether that be someone you trust or the guy who sells hot dogs on the corner. Ideas can come out of the smallest thing mentioned in a conversation.

Cloud-based computing. I love the idea of having everything in one place accessible from anywhere on any device. It’s something we’re championing with ReadyRez: always have your resume accessible. You never know when you’ll need it.

I served up pies at a local pie store when I was in high school. It was mind-numbingly boring because nobody came into the store. But it taught me to make the best of a crappy situation. I started thinking like a marketing manager to get people in the store, thought of new ways to serve pie quicker or how to cut cleanup time in half—essentially, skills I use now, like how to wear many hats and not being afraid to get dirty when necessary.

Act quicker. Don’t sit on an idea if you have one.

Wake up early. It’s simple and annoying at times (especially after a long night), but the old saying of the early bird getting the worm is still true and never truer than it is when you’re a young entrepreneur.

Focus the national conversation on conserving the world and nature. All of  our problems won’t matter if we don’t have a world to live in.

There’s nothing to be scared of. Fear is fake.

1.  Evernote – Use it every day to capture ideas.

The War of Art by Steven Pressfield. It’ll change the way you approach work every day.

I don’t have a single hero. It’s a group of people—men and women—who have shaped my life into what it is today. They know who they are; I make sure they know all the time.

What do you do with your downtime during work hours?