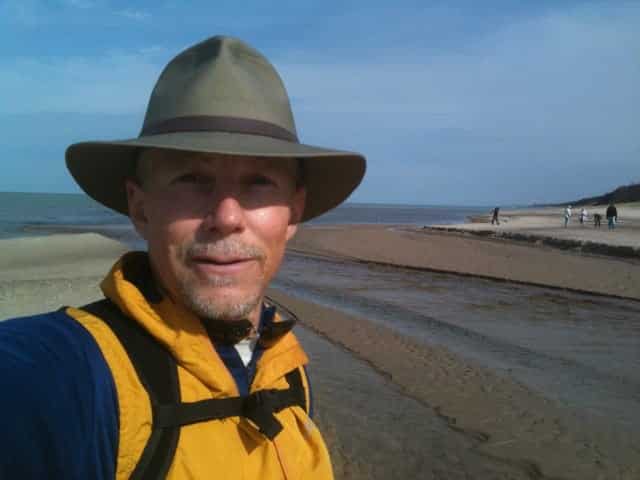 [quote style=”boxed”]I would have immediately sold my house and paid off all my debts in order to reduce my personal burn rate to the absolute minimum.[/quote]

By the time his mid-life crisis of conscience hit, Dimitri Cherny had brought to market 16 high-tech products for half a dozen companies over the course of 25 years. His product management career ended at IBM in 2007 soon after seeing the movie An Inconvenient Truth. Within a year, Cherny had formed Highest Wind LLC to focus efforts on the research and development of an Airborne Wind Energy System (AWES) to harvest the stronger and steadier winds found 1,000 feet above the ground.

After running out of friends-and-family investment in 2010, a phase-1 SBIR grant from the USDA in mid-2012 has allowed Cherny’s research to continue toward the development of a remotely controlled test system by February 2013. Highest Wind plans to develop an AWES specifically for purchase by US farmers, which would be able to provide half their annual energy requirements in states with too little wind to make wind turbines cost-effective.

Where did the idea for Highest Wind come from?

In the 2000s, I lived in a neighborhood of 90 homes on the relatively windy coast of New Hampshire, in which our combined electric bill for running our community water system was about $10,000 per year. I thought, “Why not have a wind turbine recoup some of that money?” But after some research, I discovered that with our average annual wind speeds of 12 m.p.h., it would take more than 20 years to recoup the investment in a wind turbine with our electricity savings.

Soon after, I was literally flying a kite one day when it occurred to me that the winds higher above the ground might blow faster and steadier than the winds closer to the ground. A little web cruising proved me correct. In my spare time over the next couple of months, I played around with a number of potential AWES designs until one day when I started reading Tom Friedman’s book Hot, Flat and Crowded. Six pages into the chapter “Energy Poverty,” I realized Airborne Wind Energy was what I needed to spend my next decade working on.

My days are mostly determined by where I currently reside in my research and development cycle. R&D, at least for me, involves five distinct stages which are sometimes difficult to move between but often require jumping between on an hourly basis:

1.  Idea Design – I spend many hours in front of the white board in my workshop or drawing in my notebook sitting in a coffee house or pub, working out a design to solve one problem or another. All the “solutions” start out as an overall product concept, but each design quickly gets down to the nitty-gritty details, which require the most time and effort.

2.  Parts Collection – Once the designs are complete enough, I spend many hours finding off-the-shelf components I can fit into my designs or deciding which components must be custom-machined. Often, the components I find force me to alter my designs. So these first two steps are very iterative.

3.  Device Build – Once my components have all arrived, if I’ve done the design work accurately, I spend only a few hours assembling my design and performing bench tests.

4.  Field Test – When everything seems to be working in the workshop, I reluctantly take the latest design out into the field to test it. I say “reluctantly” because sometimes the weeks of effort to this point are destroyed in only seconds. Fortunately, more often, an individual design iteration will survive many hours of testing over days or weeks.

5.  Test Analysis – I video-record every test session because failures usually happen faster than the eye can follow. I spend hours reviewing the videos to find out what happened, and very often, those failures provide new ideas which send me back to the white board. Every failure and every success is the path back to the first step of Idea Design.

The entire process is very iterative, continuing until the design is optimized for whatever specifications the product must meet: performance, price, etc. I’ve also discovered that failures, happy accidents and unexpected mistakes often lead to the best solutions. More times than I can recall, what would have be called a screwup at most of the companies I’d previously worked for developed into a better way to get the job done in this company. Kismet certainly exists.

Lots of kids now getting out of college are not buying cars. Instead, they’re arranging their lives so they either don’t need to commute or their commutes are possible entirely via public transport or human-powered transportation.

After forming Highest Wind in 2008 and raising investment from friends and family, we ran out of money at the end of 2010. For the next 18 months, I essentially lived on the road and ended up driving big rig trucks across America while waiting for one or another of the grants we had applied for to be awarded. The USDA finally came through in July 2012.

What I learned over those 18 months is that I can be happy with very little “stuff” and very little income, as long as I can get regular exercise, eat well and meet new people and hear their stories. The long hours of boredom involved with trucking actually allowed me to improve my system designs for Highest Wind.

I would have immediately sold my house and paid off all my debts in order to reduce my personal burn rate to the absolute minimum.

Build things. Make some idea into reality at least every week. Get in the habit of making physical matter from mind energy and getting your hands dirty while doing it.

If your idea is too far in the future, no one other than friends and family will be willing to invest in it. Angel investors and venture capitalists aren’t willing to wait many years for a return on their investments. If you find yourself in that situation, but your idea could be strategically important to the development of society, the SBIR programs of many US government agencies might have a grant topic that fits your idea.

Big Rig Bikes. While I was driving trucks, I had a little folding bicycle that made what could have been a miserable life into a quite enjoyable adventure. Everywhere I went, other truckers who saw me riding away from or returning to the truck on my little bike wanted to know where they could get one. Before our USDA SBIR grant came in, I was about to start a business selling folding bicycles to truckers in a handful of truck stops across America. For some young people willing to spend a lot of time in truck stops, that would be a very lucrative business.

I keep up with my Facebook relationships a couple of times a day. And Google Maps has become priceless for me. Other than email, I don’t do a whole lot more online other than order parts.

I don’t follow anyone on Twitter. I figured out a few years ago that I can either be a spectator or a player, but I can’t be exceptional at one when I’m trying to be both.

I laugh out loud every day, multiple times. Bombing through the city on my bike, feeling the wind on my face, amazed at where I am. Coming up with a great idea. Being surprised by something totally unexpected. Being with people I love.