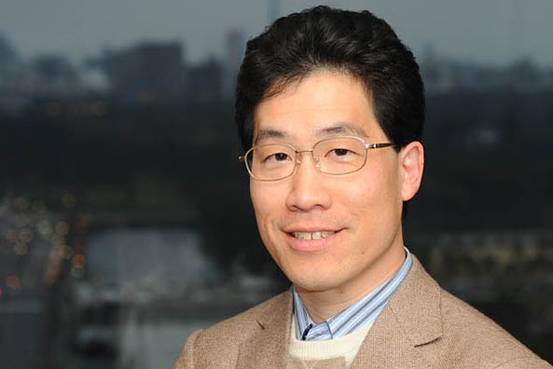 “Design thinking” is the main methodology I use. Failing early, failing fast, failing often, and most importantly, failing forward are how I bring ideas into reality.

William Saito is a venture capitalist and investor at the forefront of Japan’s tech revival. His eye for businesses with great potential has earned him a strong reputation in the startup community and helped young entrepreneurs see their ideas become realities. Since starting his own software firm in the dorm room as an undergraduate at University of California at Riverside, he has invested in and helped more than 25 businesses get off the ground.

One of his main beliefs that applies to people in almost any sector is that failure isn’t a negative, but a necessary step on the way to success. Entrepreneurs that aren’t willing to risk failure are unlikely to innovate or make significant process. Saito found his own success in security software development. He founded I/O Software in 1991 and since then has collected university teaching positions, seats on the boards of multiple global companies, as well as special adviser to Prime Minister Abe’s cabinet in 2013.

The concept of failing forward is vital to anyone trying to stand out in a competitive marketplace. Not every idea is going to succeed, but without seeing what worked and didn’t in a given idea, you’ll never be able to improve on that idea and create a better finished product.

Mr. Saito takes this philosophy to heart. When Japan was hit by the 2011 Tohoku earthquake, tsunami, and nuclear meltdown, Mr. Saito stepped up to the plate and served as the Chief Technology Officer of Japans’ first accident investigation commission for Parliament. of the Fukushima Nuclear Accident Independent Investigation Commission and supported the country in it’s time of need.

Some of Mr. Saito’s most well-known achievements include his positions advising in both the private and public sectors. He advised the Japanese Cabinet Office starting in 2013 until 2017 on the topic of cybersecurity, establishing himself as Japan’s top cyber-expert, as well as the Ministry of Economy, Trade, and Industry from 2016 to 2017. In 2015, he became a strategic advisor for Japan Airlines. Mr. Saito was awarded the Medal of Honor for his outstanding service and benefactions to the people of Japan.

William Saito’s expertise is valuable to anyone interested in investing or trying to figure out what to focus on in a startup. Mr. Saito’s investment strategy is greatly influenced by the rapid advancements in technology we’re currently experiencing in global markets. His proven track record is evidence of his ability to determine which companies are poised for significant growth while not posing significant risk.

A typical day for me involves working with people to determine what the “essence” of their problem is and to find an elegant and innovative solution that will benefit people in the real world.

“Design thinking” is the main methodology I use. Failing early, failing fast, failing often, and most importantly, failing forward are how I bring ideas into reality.

We live in the greatest time for information technology. Everything from artificial intelligence, machine learning, mobility, blockchain, robotics, cloud, AR/VR and cybersecurity all excite me. The fusion of these technologies and their practical, real world applications are no longer fantasies and are now changing the world.

Understanding that “failure” is a fundamental requirement of innovation and that its only possible with teamwork.

Not to rush things in life, and to do what you are passionate about (and not what your parents want you to do).

Cybersecurity and information security can be advantages for organizations. It can be a differentiator. They can be a competitive advantage versus the “tax” or “pain in the butt” that people often approach it as.

Persistence. Everyone makes mistakes. No one is a professional on day one. That means doing something 10,000 times over, until you are finally an expert in something. But you need to start somewhere and keep at it.

Provide a product or service where the customer will come back and buy again. Anyone can create something that will sell once. It’s selling it twice that matters.

It’s not just one failure. If you aren’t failing in some way, you probably aren’t trying hard enough or pushing the boundaries on something innovative. Having said that, it’s the ability to learn from these failures and build upon them that propels you forward. Some people use the word pivot, but it’s really treating failure as just a form of education.

The world is moving towards a more mobile-centric model. Taking legacy industries and overhauling the process so that things are mobile-thumb-first is an easy business idea to implement since the underlying model is sound. Moving into mobile and tapping into a whole new networked can expand a business model internationally.

It was a bit more than $100, but my health check. I think having a healthy and fit body is important or nothing else is really possible.

Various Software As A Service (SaaS) are making everyday programs increasingly more efficient. Whether it’s WorkDay, SalesForce, Amazon, Office265, etc… they have transformed how we interact with data and computing is no longer relegated to installing apps on a desktop. Now you can have access to all sorts of software from anywhere at any time.

The most recent book I just finished reading was “Life 3.0” by Max Tegmark. It approaches AI and what it means to be human not only from a tech perspective but also as a human, parent, society, government, etc… I think it provides a bigger context on why AI is important and how it will change the world in the future.