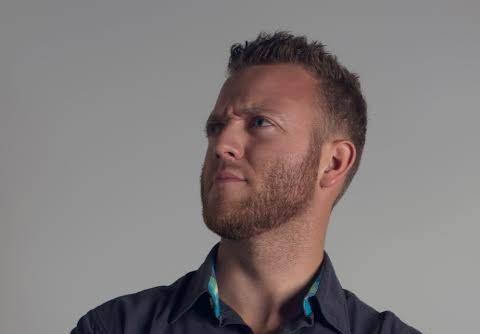 Think bigger and try to solve massive problems that you’re passionate about.

Zach Ferres is the CEO of Coplex, a startup studio and accelerator that works with non-coding founding teams to start software companies. He is also a founding partner at Coplex Ventures, the venture capital arm of Coplex.

Where did the idea for Coplex come from?

Coplex was previously a software development and marketing services company. We focused on software startups and were intimately involved in building more than 200 startups. After all this work, we observed several interesting trends regarding which startups went on to raise capital or sell. The most successful companies had founders who were experts in their industries, had great connections in the space, and had the attention of their first few paying customers. Interestingly, they weren’t coders.

In April 2016, we shifted our business model and became a startup accelerator. We work with startup founders who are experts in their subject matter but don’t write code. We focused our efforts in this space to become the best in the world at taking founding teams from concept to market acceptance. Since then, we’ve launched our first accelerator fund to provide equity investments in select ventures to come through our program.

The idea came from a gap we identified in the venture space. A lot of the early-stage venture game focuses on supporting coders who are launching new software companies. Founding teams that aren’t flush with coders don’t qualify for most accelerators and seed funds. Most venture capitalists are fighting for the same “coding founder” deal flow while ignoring a viable alternative to the stereotypical team straight out of “Silicon Valley” on HBO.

We saw an opportunity to place our bets on this new breed of founder. One of our ventures, Shepherd, originated with a veterinarian who wanted to create a practice management platform. Another involves a group of doctors working to build a modern alternative to archaic patient forms at medical practices.

I start every day by making gluten-free pancakes for breakfast. I also have a morbid obsession with dates and coffee after being introduced to the combination at Café Bateel in Dubai last year, so they usually factor into my morning.

When I’m home, I have a pretty defined schedule. I spend Mondays, Wednesdays, and Fridays at our office in downtown Phoenix. On Tuesdays, I try to fit in my road meetings. On Thursdays, I get focused time by working from home.

Most of my days involve meeting with the Coplex team, as well as our venture companies, investors, and partners. I carve out some time every week to listen to a few audiobooks and write my regular column for Entrepreneur.

I like to get my workouts in at night. I either hit the gym or go for a long run. Running has always been my therapy session.

We’re big believers in the lean startup approach at Coplex. We use lean startup tricks for every venture we take through our program, as well as our own company.

The best way to bring ideas to life is to follow this checklist:

Once you start to get things right, you can increase your sample sizes (customer cohorts). I’m a big believer in incrementally building out new ideas, products, and companies.

Self-driving cars. I am fascinated that this idea will become a reality in our lifetime. We’re lucky to be alive at a time when innovation is happening at an insanely fast clip.

I don’t have to-do lists. I religiously use Inbox Zero and Google Inbox. Email can suck a huge chunk of time from your workweek. Any entrepreneur who can’t get it under control will be overwhelmed with a never-ending game of catch-up, watching crucial tasks slip out of control.

Think bigger and try to solve massive problems that you’re passionate about. Also, put in the time and effort to nurture personal relationships. When times go bad — and they will — your connections will be the ones to help you get back up again. They’ll also be there to celebrate when you nail a big win.

“Family Guy” is the best television series ever made.

Get involved in your startup community. Despite what critics might say, the startup boom isn’t going anywhere. We’re seeing innovation like in no other time in history, with a boatload of capital ready to be claimed.

Focus your efforts, and eliminate anything that doesn’t fit that focus. A lot of us still think the path to success lies in shouting, “Yes!” to every opportunity or request that comes along. You need to learn that it’s OK to turn down any requests that don’t jive with your overall goal. A big shout-out to one of my mentors, Greg Head, for drilling this into me.

What is one failure you’ve had as an entrepreneur, and how did you overcome it?

I had to deal with the fallout from running a company that had a lapse in insurance before I took over. A legal scuffle popped up from a past project, ultimately leading to an arbitration case that we lost. We were bleeding money from legal fees, and words like “Chapter 7” and “Chapter 11” started to carry meaning beyond the pages of “The Hobbit.” It was a scary time.

My mentors urged me to cut my losses and run, but we instead raised some money and struck a management buyout deal with the founders — all while we were facing a fast deadline on a pending settlement. Trust me, the lesson was learned.

We need a better, more modern airline industry. End to end, someone should redesign the experience of flight.

My Audible subscription. It’s a small price to pay for the convenience of learning without having to sit down and read.

I use Grammarly on a daily basis to check the spelling and grammar of anything I write.