Aaron Greenspan – CEO of Think and Creator of FaceCash 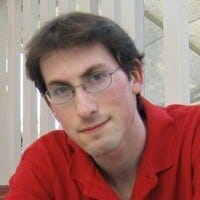 Think Computer Corporation was formed in 1998 when Aaron Greenspan began offering IT consulting services from his bedroom in Shaker Heights, Ohio. With demand high due to the dot-com boom, he quickly found it necessary to hire a few of his fellow classmates. Upon graduating from high school, Aaron changed the focus of the company from consulting to software development. Today, Think operates the FaceCash integrated payment and accounting network, the most advanced product of its kind.

In 1999, Aaron was the first place winner of the Junior Achievement Young IT Entrepreneur of the Year Award. He was also awarded the Kodak Young Leaders award, and has spoken at various venues including the NASA Kennedy Space Center. In October of 2000, Aaron spearheaded the creation of Think Computer Foundation, a 501(c)3 non-profit organization with the goal of helping children through technology. While attending Harvard College, Aaron created a web site in September, 2003 called “The Universal Face Book,” also referred to as “The Facebook,” inspiring the separate creation of Facebook, Inc. In 2008, he documented the tale in his book Authoritas: One Student’s Harvard Admissions and the Founding of the Facebook Era.

It depends on the idea, but in the software world it usually involves writing a lot of code and talking to a lot of people!

People who don’t have a lot, but get things done anyway. People who complain effectively and with good reason.

The first iPhone developer I hired didn’t know how to code in Objective-C but insisted that he could learn. I felt a bit bad for him so I agreed, and ended up paying several thousand dollars for nothing over a trial period of two weeks. After that I shortened the trial period to one week and set a pretty high bar for new hires.

None come to mind… A lot of people believe that ideas aren’t worth anything. Those people are wrong. Good ideas are the result of close observation and unique insight based on individual experience, and like anything with limited supply and high demand, they can be quite valuable.

Jerry Kaplan’s “StartUp: A Silicon Valley Adventure” got me incredibly excited about the idea of running a company when I was 13. The tools I use most often are probably TextPad and Adobe Illustrator.

Someone who has been influential behind the scenes, whose name no one recognizes.

Why do you use the PHP programming language? Isn’t that old?

I don’t like programming very much. PHP is easy to learn and pretty fast. Different programmers have different personal preferences, and that’s fine, but at some point it’s kind of like arguing about religion. There’s no single right answer, and once you’re familiar with a set of tools, as long as they help you accomplish what you want them to, who cares?

Why did you insist on calling your newest project FaceCash? Don’t you want to move on from Facebook?

I’ve been interested in facial recognition since my freshman year of college, and I took a freshman seminar about the topic with Professor Ken Nakayama in 2001. Since then I’ve been helping his department at Harvard keep the Prosopagnosia Research Center web site, , up and running. Had it not been for that seminar, I never would have had the insight that led to the development of FaceCash–people recognize faces faster and better than computers do, which will be the case for the foreseeable future. I don’t think it’s for anyone else to say what I should and should not be interested in, let alone what I do with my career, and FaceCash has nothing to do with Facebook.