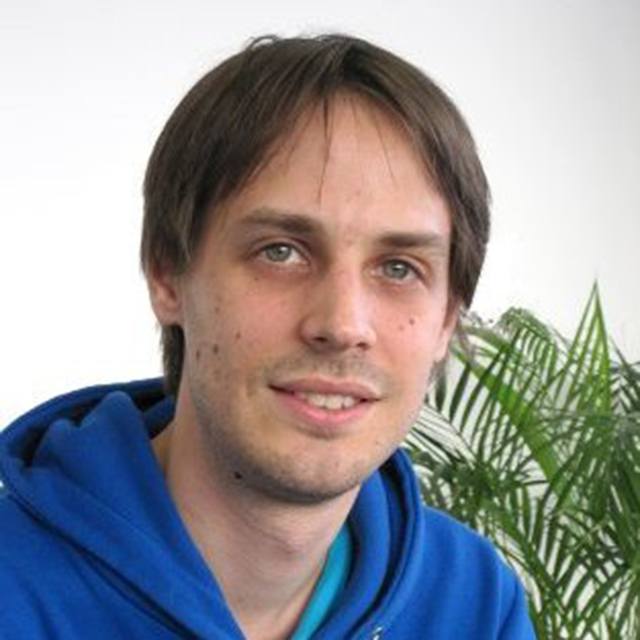 [quote style=”boxed”]I would do less. I think we started out with too many features on LiveMinutes. During our first year, we actually removed more features than we added. I would start with less.[/quote]

When he’s not on photoshop, coding, or tweeting the last enhancement made to LiveMinutes, he’s most often riding his mountain bike, running or cooking!

2013 is starting out super busy! Besides transitioning the team from France to the US, we’re working on a new version of LiveMinutes. We’re basically rethinking everything from the ground up. Some of these changes will be visible very soon, while others will be released in the upcoming months. We’re also growing the team, which is very exciting – it’s awesome to hire and work with new passionate people.

Where did the idea for LiveMinutes come from?

When our team initially formed (before launching LiveMinutes), we wanted to create realtime tools in the education space. We knew a great deal of teaching would start being done online and in realtime, but the tools to do so either lacked collaboration features, (ie. Skype is really only audio and video) or were usability nightmares (Webex, seriously?).

We then realized that we could provide a better solution to the even greater problem of everyday meetings. Most of us meet up to several times a day with remote team mates or clients. We meet over the phone or Skype, and the vast majority of times we’re discussing documents over the phone. Because we’re all looking at separate versions of files, we lose time and don’t collaborate efficiently. We also lose track of decisions made. Those are the core problems LiveMinutes solves.

We don’t for the moment – LiveMinutes is fully free. We will monetize a premium version in the future.

We’re a product oriented team. In an extreme, obsessive, quasi-cult-like manner. I really spend most my time working on the product: doing specs for new ideas, improving the UI/UX, implementing new features or improving existing ones with developers, etc. Because a great part of the team works remotely, I spend a great deal of time working with them via LiveMinutes. We eat our own dog food!

The first step is choosing which ideas to bring to life. We have new ideas all the time and unfortunately, we can only work on a few. I’m actually usually the guy who says no… I make features fight hard before they get implemented.

When we decide to implement a feature, the next step is really to find it’s most minimalistic implementation possible. That’s the hard part. Making something simple is really tough. Iteration helps a lot here. There’s no use working for months on a feature before releasing it, you’ll learn way more and improve it much faster by doing quick releases, letting users mess around with it, and iterating.

My first job (internship) was in the banking industry. I worked on structuring debt packages for LBOs. At the time the bubble was about to burst and most of the deals we worked on have now pretty much imploded.

I learned a lot, but I also felt like no one was really concerned about what they did. As long as money came in no one really cared about whether the deals made sense.

It’s during that internship I decided to become an entrepreneur. I wanted to work on something that I really believed in.

I would do less. I think we started out with too many features on LiveMinutes. During our first year, we actually removed more features than we added. I would start with less.

Taking hits and getting back up when I fall down. Entrepreneurship is about taking risks and trying stuff, and this means you’re sometimes going to fail. Succeeding on your first try is the exception, not the rule. It’s all about learning from your mistakes and iterating.

In my first startup, I spent nearly a year working on a project without hardly talking to anyone about it. When I finally launched, the product was a fiasco. Had I confronted my idea more often, released earlier, proceeded by trial and error, I would have avoided losing so much time – and maybe even turned my initial idea into something successful.

Home delivery of goods by RC helicopters. Okay, not very realistic, but how cool would that be 😉 ?

It strikes me that despite all the advances of science on one hand and the advances of communication media on the other, there is still so much obscurantism, whether coming from religions, ideologies, superstitions… etc. That’s one thing I would change. Education is certainly a key.

Evernote : can’t live without it. Using it right now to type this.
Dropbox : get my files on every device – don’t worry about losing stuff
Spotifyspot : unlimited music streaming and discovery for 10$ a month – a bargain.

The Social Atom by Mark Buchanan.

A must read. It’s a fascinating insight on what fuels human decision-making.

The TV show The Big Bang Theory cracks me up.

Ironman. “Tony Stark is the complete playboy who also happens to be an engineering genius.” (IMDB) Seriously, what else could a guy want ?