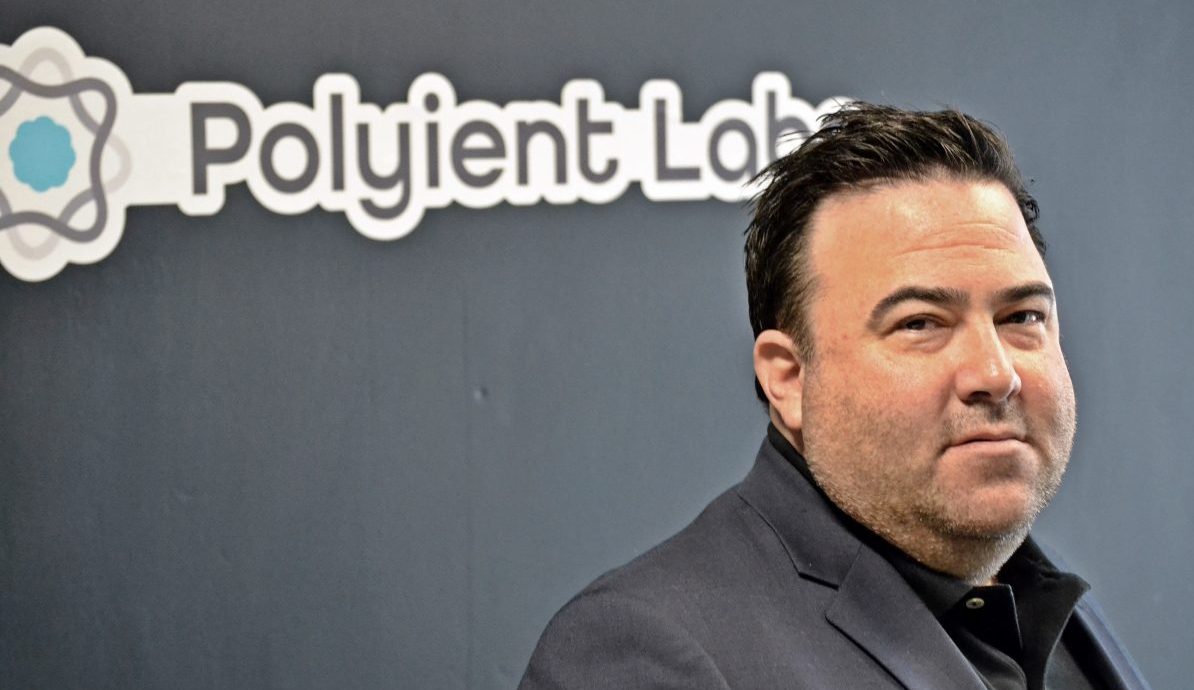 Constantly re-evaluate each and every situation. Be ready to change everything based on new outcomes. Never stop re-evaluating.

Brad Robertson is the founder and CEO of Polyient Labs, a Phoenix-based, early-stage blockchain incubator created to help identify and foster blockchain innovations. With additional offices in Denver and San Diego, Polyient works with founders around the globe, helping them develop and launch blockchain-based solutions and Dapps by offering entrepreneurs and developers capital, insight, guidance, services, support and direction.

He founded Polyient because it gave him an opportunity to leverage his passion for decentralized technology, while, at the same time, it enabled him to draw his years of entrepreneurial and tech industry experience. In addition to running Polyient, Robertson currently serves as an advisor to several U.S.-based blockchain startups.
Prior to venturing into blockchain technology, Robertson was the CEO and founder of CX, an early innovator in cloud computing. Before that, Robertson served as a founder and executive for an array of internet startups including co-founding and developing an innovative “deep web” search engine. He was also the interim CTO at InternInc, a startup that provided networking opportunities for both students and professionals. And he co-founded Mackenzie Skyler & Co., where he served as and investor and advisor for numerous web-based startups. Prior to that, he spent nearly a decade in automotive technology and sales.

Where did the idea for Polyient Labs come from?

Technology has always fascinated me and blockchain is just the latest tech to grab my attention. I knew I wanted to be part of the blockchain revolution.
I’ve also been a serial entrepreneur throughout most of my life and I’ve learned that when it comes to early-stage startups, money doesn’t solve a problem. Key hires and putting the proper processes in place are what solves problems.

So, when it came time to start Polyient, I wanted to wrap all of that around a model to assist the emerging blockchain rockstars in finding success.

Everyday is different. In order to make sure our days are productive, it’s important to have consistent team meetings – both in-person and virtually – to make sure everyone understands priorities, deadlines and what they are responsible for that day.

By applying a process where I systematically, methodically, and creatively break everything down before I take any action.

But NFTs are more like trading cards. Baseball cards may all look the same, but they all have different values. A rookie Mickey Mantle card has a much higher value than a baseball card produced last week.

NFTs mean anywhere in the world you go you can assign a value to anything, meaning any item can be bought, leased or sold.

I always go to the source to get all of my questions answered before assigning any time to a project.

I don’t subscribe to any truths that I have to convince other people on.

Constantly re-evaluate each and every situation. Be ready to change everything based on new outcomes. Never stop re-evaluating.

I’ve applied the strategy of constant re-evaluation to every business I’ve ever been involved in.

Early in my career, I had a business that grew much quicker than my abilities. I stayed in that business longer than I should have. What I learned from that was never stick around to the point I became a detriment to the success of an endeavor.

It’s like Uber but for restrooms. Think of it as the WeWork of poo.
Think of an app that would show you where the closest facilities are while you’re traveling. Owners would allow people to use their restrooms and the price-point would be high enough to keep the riff raff away. Owners would rate users based on their cleanliness and consideration and users would rate owners based on the condition of the facilities. Rankings would keep everyone honest.

Not long ago, I was in a restaurant and overheard a fascinating business conversation. I was so intrigued by what they were discussing, that I offered to pay for their dinner if I could sit at their table and finish listening to them without eavesdropping. It cost me about $100.

I’ll do things like that: offer to buy someone breakfast or coffee just because they have something intriguing to say. I want to hear where they take it.

I’m not alone in singing the praises of Slack and, naturally, when something becomes so popular so quickly, naysayers are going to step up to the podium. But I remain a big proponent of Slack.

In startups, time is crucial, but so are efficient lines of communications. What’s not to love? Slack effortlessly meshes with Microsoft products and Google’s suite of apps. You can share videos, slides, links, memes. You can share them across the enterprise or keep conversations on a need-to-know basis.

In the last 30 days, I’ve given away 20 copies of The Subtle Art of Not Giving a Fuck by Mark Manson. It’s message is pretty simple: The moment you stop trying to please everyone, the sooner you will be able to focus on your interests and passions and be more productive as a person.

I just gave a copy to an entrepreneur friend of mine who was struggling with some setbacks. I told him: “This will forever free you, so you can move on with your life.”

My first “job”, while I was still an undergrad, was helping handle the communications for President Ronald Reagan after he left office. That’s where I was first introduced to his signature phrase, Doveryai, no proveryai, and I adopted it as my own. It’s the Russian for “trust but verify.”

● Do your research before undertaking a project
● Be prepared to re-evaluate, re-calculate and pivot as needed
● Doveryai, no proveryai (“Trust but verify”)