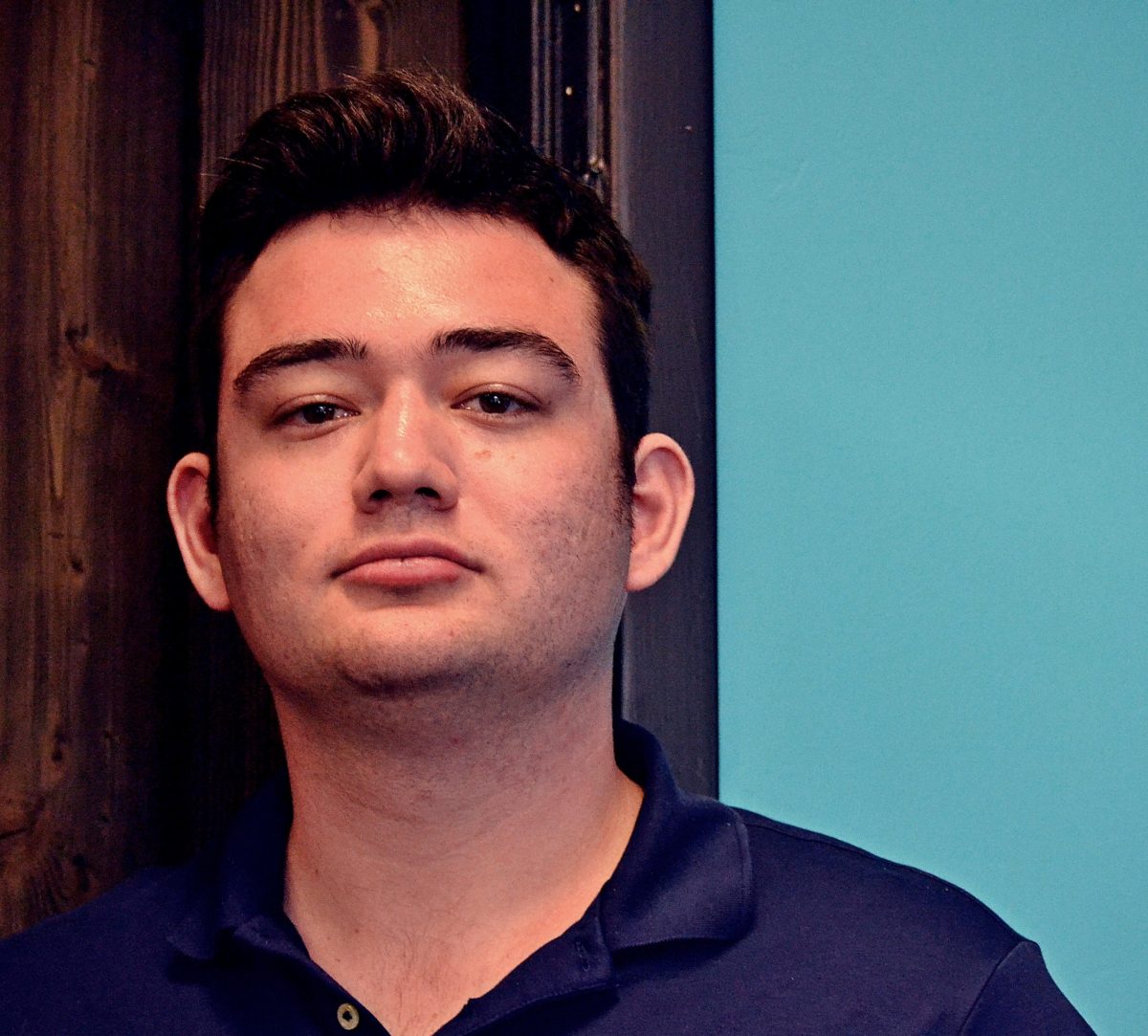 It’s super important to fail – as long as you learn from your mistakes.

Cody Robertson, creative director for Polyient Labs, can trace his creative impulses and fascination with technology back to childhood fascination with skateboards, which he not enjoyed using, but he also wanted to design.
It was a desire to design that led Robertson to teach himself how to use a vector editor— thereby forcing him to learn the ropes of graphic design. Initially a curiosity, Robertson’s love of design soon blossomed into an obsession and then manifested itself into a genuine passion that inspired him to enroll in design school.

During the first year of school, his first “big break” happened when one of his freelance clients asked him to quit school and come on board as a fulltime designer. Although quitting school may sound counterintuitive, Robertson says it was the “best decision of my life.”

It snowballed into a cascade of opportunities that eventually enabled him to become the creative director for an influential NYC-based firm where he had the opportunity to work with world-class clients such as Citibank, Citarella, GlaxoSmithKline and Sweetbridge, an early blockchain startup. That last one was particularly inspiring as it enabled Roberton’s early fascination with blockchain and cryptocurrencies to fully take root.

Where did the idea for Polyient Labs come from?

In the case of Polyient, I really wanted something to started with ‘poly’ – since, as an incubator there will be many people working on a project and many companies going through the program. I simply added the ‘ient’ because it sounded cool.

My days start with an early work out around 7:00am; I usually get into work around 9:00am. I always start off by checking in with the team (updates, status checks, etc.). Than I hop on our weekly check-in calls for remote team members and or with our portfolio companies. By the time I finish status checks and my calls, I can finally start the work – mostly design related. I’ve been known to do that until very late at night.

I bring ideas to life by visually executing on a client’s creative vision; whether that be through creative direction, brand strategy, or UI/UX design.

I recently got an Oculus Quest—it’s a standalone VR headset. Having untethered VR/AR experiences is exciting and opens up so many creative opportunities.

Self learning. I’ve always been a self-learner. I taught myself everything I know about design and branding. I am always looking to improve and learn new skills to better myself.

But I also recognize the value of community. Right now, I am working with several other designers and developers. We share a vision for a blockchain-based next incarnation of the internet we called Web 3 For All, or W3FA. Our goal is to proactively collaborate now to ensure the next generation of the web puts UX first.

Think more long term. I wasn’t necessarily short-sighted when I was younger, but there were definitely times my own impatience made life harder than it needed to be.

Fail… It’s super important to fail – as long as you learn from your mistakes. No one is perfect, however given enough attempts you can perfect anything.

Finding a niche—It’s better to be a really good at handful of things rather than be decent at a ton of things. I have always focused on startups and emerging technologies when doing branding and graphic design. This means I focus on smaller markets but it presents massive opportunities from both a business perspective and a creative one.

When I was younger – when I was scrappy, but not too detail-oriented – I almost got a client of mine kicked out of China.

The client was doing in-house apparel design and took pride in their “American” street wear look – even though they were based in British Columbia.

The founder asks me to whip up some labels for the t-shirts that promoted their Americana roots. Without thinking twice about trade laws, I slapped “Made In America” labels on the attire. Two days later I started getting calls from China. The shipment had been flagged by Chinese officials who thought that my Canadian client was selling forged “Made in USA” goods in China. The whole things quickly died down, but not before my clients was threatened with deportation.

Personal: I had some light fixtures installed in my living room of my recently-purchased home. They really jazzed up the room.

Adobe Illustrator—by far the best vector-editing platform out there. I use it for everything graphic design.

How to Use Graphic Design to Sell Things, Explain Things, Make Things Look Better, Make People Laugh, Make People Cry, and (every Once in a While) Change the World, By Micheal Beirut.
Michael Bierut might be the world’s top designer right now. The book peers into his design process, his career as well as his suggestions on how to build a strong design culture, career and personality.

“Failure is simply the opportunity to begin again, this time more intelligently” by Henry Ford. It’s applicable to my approach to work.