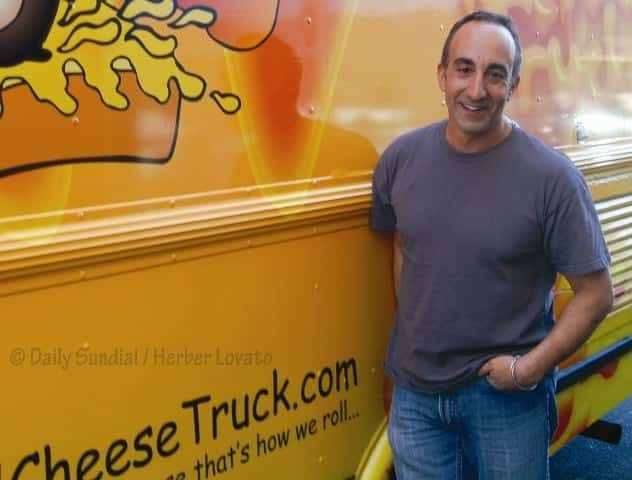 [quote style=”boxed”]I’m a guy that has many, many new ideas.  To bring them to life is not always the easiest thing do to but if it’s something that strikes passion, you need to just go all in and live it.  Passively trying to start something new is a recipe for failure.[/quote]

Dave Danhi has been living in Southern California for the last 33 years. Dave has been part of the LA restaurant scene in some form for the last 28 plus years.

Starting out at a local pizza joint, he realized his passion for food. After working as a cook all through high school, he moved to New York to hone his culinary skills. After he spent a year in the Catskills working at various restaurants and resorts he moved back to Southern California. He started working with King’s Seafood Company and flourished working his way up from grill cook to Sr. Sous Chef at KSC prestigious steak house concept. After spending 5 years with KSC he was given the wonderful opportunity as the Executive Chef of the then famous Roxbury Supper Club in Hollywood. After a few years at Roxbury he took over as the Executive Chef at Georgia restaurant in Hollywood. At Georgia Dave received many accolades including the Robert Mondovi award of culinary excellence (naming him one of the country’s top rising star chefs at the time), best restaurant for 1993 in several magazines including Bon Appetit, Esquire, Travel & Leisure and best crab cakes in LA  two years in a row.  Having met his goals and challenges there, he moved on and was the opening chef at Habana Restaurant in Costa Mesa, a Nuevo Latino restaurant with a Cuban flair. Within a few months Habana received best new restaurant in OC for 1995. Feeling he had “sowed his wild oats” with the independent restaurants, he was rehired at KSC and worked his way up to the company’s Executive Chef after having been the Executive Chef at their flagship restaurant, the Water Grill.  Dave then left the professional cooking world to work as a recruiter at DD Factor, a hospitality recruiting agency, finding chefs jobs.  He bought this company 6 years later and still runs this agency that has 52 years of history in Southern California.

After being out of the kitchen for almost 11 years, Dave had entered the Cheesy Mac and Rib Melt (the GCT’s signature Melt) in the 2009 Grilled Cheese Invitational. After seeing the throngs of grilled cheese lovers, Dave  realized that he a way to get this classic sandwich (as well as many takes on the classic!) to the masses… This is how The Grilled Cheese Truck was born!  Dave is thrilled to be working with food again and finds the casual setting of a food truck that much more fun to play!  He’s constantly searching for new flavor and texture combinations for the menu and is always using fresh, seasonal ingredients.

Few things… the new winter menu… lots of warming comfort food, a  few tasting menus for some ‘guest chef’ dinners around town.  It’s nice to break out of just grilled cheese Melts but these are menus that will be bread, butter and cheese focused, just some new twists on things and not just sandwiches!

Ill wake up around 630-7pm and immediately check the social media “feeds” making sure I didn’t miss anything from the night before.  The alert the masses of our stops for the day (and the following day) via tweets and Facebook postings.  Also put out the specials into the social media to create a bit of a buzz and allow people’s stomachs to start rumbling.  If it’s a day I’m at the kitchen (not every day as I have a chef that runs the day to day operations for me), I’m checking product, consistency, testing new creations, communicating w/ purveyors for new products…. all the time keeping up w/ the social media part of the biz.  I do all of the tweeting and FB posting so that takes about 3-5 hours throughout the day. I also own and run a hospitality recruiting agency that’s been in town for 52 years (www.ddfactor.com) so that takes up all of the ‘other’ minutes of the day talking  to chefs, restaurant owners, my recruiters and the like.  End of the day I’m still reading each and every mention and tweet about us and grilled cheese (sometimes over 500 per day!)… last waking moment is usually updating the website w/ new press, pictures and yes, the ever-present social networking.

I love that pork is finally being recognized as one of the best proteins out there!

I love that this country is finally getting an established street food culture.  It’s been long overdue and the trucks are really helping that happen!

I love that people are thinking about food and products in a local mindset.

I’m a guy that has many, many new ideas.  To bring them to life is not always the easiest thing do to but if it’s something that strikes passion, you need to just go all in and live it.  Passively trying to start something new is a recipe for failure.

I’m inspired by people doing good things.  I’m inspired by amazing food product, farmers markets and seasonal changes in food.  Passion and commitment in other people definitely helps me push myself even more.

Not listening to my gut when questionable things come into my life.  I’ve learned at this point that if your gut tells you something- LISTEN TO IT! It’s usually right.

Every day?  Twitter, Facebook are unfortunately yet fortunately an hourly read for me.  I also read a lot of online industry news about food, food trucks, trends and the like.

Both of Howard Schultz’s books ( Onward: How Starbucks Fought for Its Life without Losing Its Soul and  Pour Your Heart Into It: How Starbucks Built a Company One Cup at a Time ) .  It’s a great story of how, if you believe in your idea/product, you can make anything happen if you stick to your concept and move forward with genuine passion.

I’d be dead without my iPhone and multiple apps.  I probably use it 70% not as a phone.

Why a truck after a career of fine dining chef jobs.

After spending 3 weeks in southeast Asia, I was captivated at the street food scene…. It’s such a huge part of the social network.. ‘power lunches’, family get togethers, friendly meetings.. everything seemed to revolve around the next meal on the street.  Because the US is such a ‘regulated’ country, I feel we never really developed a strong street food.  Enter the trucks. NOW we can have a “safe food” regulated scene and people can eat, meet and greet.  The community that develops in front of a food truck is an amazing thing to watch and be a part of.  I’m really looking forward to seeing how it grows from here.

Outside of food, what makes you smile?

First and foremost, my 3 kids.. well, my 2 amazing kids and my chocolate lab. The beach and ocean keep me grounded and thoughts of travel keep me going.