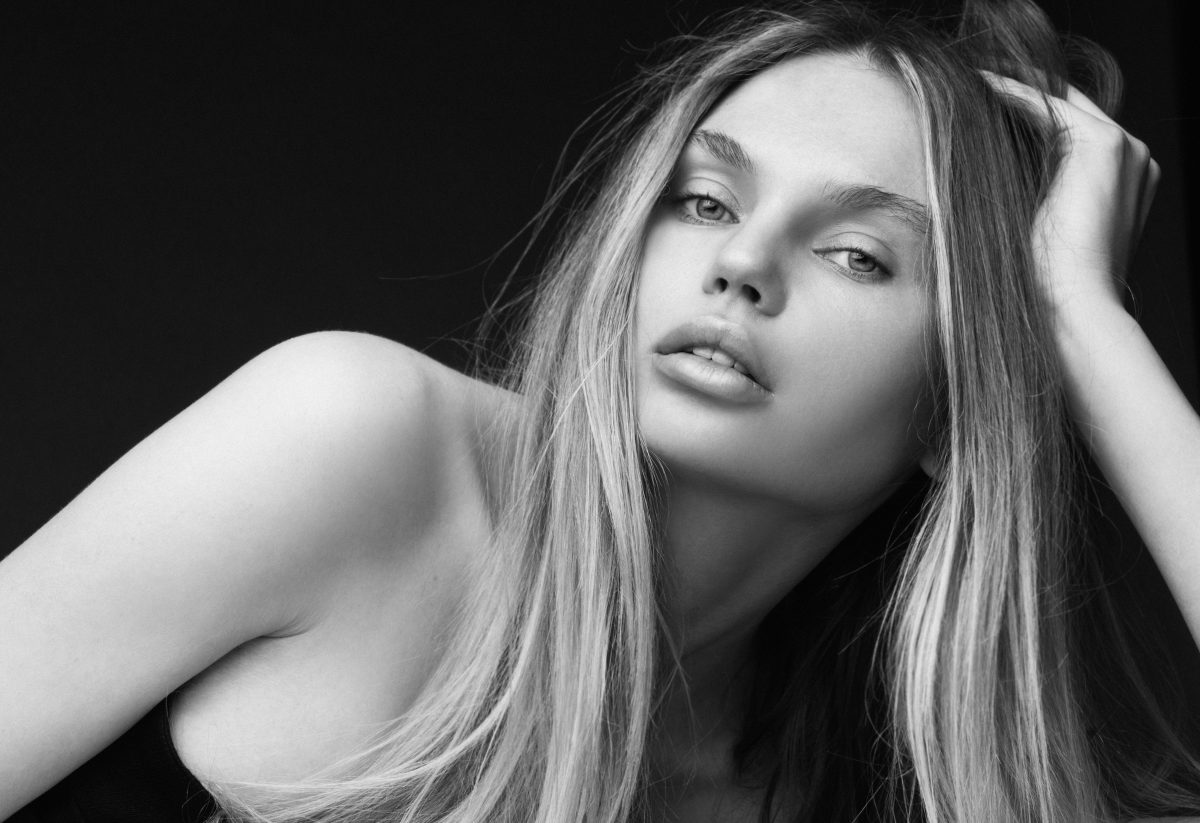 Elena Matei, founder of Elena Matei™, is a rising fashion star and vocalist based in New York City. With an arresting presence and easy grace, she has been featured on the covers of numerous top fashion magazines, including Elle, Ocean Drive, Harper’s Bazaar, Marie Claire, and Vogue. Previously, she served as a spokesmodel for Guess, a leading fashion brand — a prestigious honor for such a young model, and one shared with supermodels Claudia Schier and Kate Upton.

Her career has seen a number of other high points: Since beginning her work as a professional model, Elena has been featured on the covers of Unica, Avante Magazine, and Acqualina Magazine, and participated with distinction in the Nissa collection.

Most notably, Elena is a growing presence on the fashion circuit. During New York Fashion Week 2019, she participated in a host of front rows — among them Camilla & Marc, Tadashi, Cynthia Rowley, Zadig & Voltaire, and Jonathan Cohen — and signature events, including the movie premiere of The Prodigy and the high-wattage gala jointly hosted by Victoria’s Secret + Sara Sampaio + LIVY.

Since arriving in New York in the late 2010s, she has balanced her ascendant modeling career with her passion for vocal work — a balance that has lately paid dividends, with Elena giving private performances for A-list producers like David Foster and living-legend vocalists like Barbara Streisand, among others.

When she’s not on the set or in the studio, Elena Matei is a prolific Instagram user with a 160,000-strong fan base. She is known for sharing candid highlights from her daily routine and global travels.

Elena was born in Moldova, a former Soviet republic. As a teenager, she relocated to Bucharest, Romania, Eastern Europe’s undisputed fashion hub, to pursue a career with Mandarina Models. Her subsequent relocation to the United States notwithstanding, her heart remains close to home: In an interview with Elle after her relocation, she reminded her European fans that she “[feels] both Romanian and Moldovan.” She returns to Europe as often as her busy schedule allows.

Ultimately my family and friends kept pushing me to try being a model. After giving it a lot of thought — weighing the pros and cons carefully — I decided to go for it. My decision came down to this: I’ve always been driven to be successful, to be the best, in everything I do. I have a winner’s mentality. That’s what you need to succeed in the modeling world.

I’m very task-oriented. I try to stay busy, no matter what is on my agenda. My typical day begins with a call to my agents, during which we discuss the clients we’re planning to reach out to or continue discussions with during the coming days. I travel extensively, as well, so these conversations frequently cover the logistics and agendas for upcoming work-related trips. Later in the day, I block out time to relax and recharge — “me” time. I also work out most days; I have different routines for different days. My evening routine begins early; unless I have a scheduled event in the evening, I’m not a late-night person.

When an idea strikes me, I sketch its initial outline during a brief brainstorming session. As soon as I feel the idea is ready for the light of day, I present it to my agents, and from there we collaborate to flesh out an execution strategy. I firmly believe that collaboration is key to success.

I’m heartened by what I see, globally, as an increasing tolerance of human diversity. That anyone can be a successful businessperson — or successful in anything else they choose to pursue — regardless of their background or circumstances is a really powerful notion. I believe we’re closer to realizing that ideal today than ever before.

It’s really difficult to narrow this down to a single habit. I believe I have three advantages: I’m extremely dedicated, I’m wholly invested, and I’m a true people person. Not many entrepreneurs have all three.

My career is proof positive that hard work does pay off. Too many of us, including many very talented people, believe that hard work amounts to nothing — so why even bother? To that, I respond: Stay positive, work hard, and good things will happen.

I’m always honest in all my dealings. My career has taught me that honesty builds trust with people and clients, whereas dishonesty and deception burn bridges with people you may need one day.

My business and career sit at the center of my life. I orient everything else around them — including my faith, which has been integral to my success.

I believe it’s counterproductive to define yourself by your failures. No one is perfect — your life is going to be filled with both successes and failures. The most important thing is to learn from the latter, as I’ve done.

I spent my best $100 in recent memory today, at the grocery store. I bought all the delicious ingredients for Borscht, one of my favorite foods to eat as a child. I love to cook; it relaxes me, and anything that relaxes me is certainly worth $100.

I rely on two pieces, actually: My website’s publishing platform, without which my fans wouldn’t have nearly as much visibility into my work and plans; and Instagram, through which I connect with more than 150,000 fans. I’m a big believer in the power of connectedness.

“The Art of Thinking Clearly” by Rolf Dobelli. I recommend it to anyone who has trouble making on-the-spot decisions, prioritizing their thoughts, or executing strategies they’ve previously laid out for themselves. I can honestly say that this book has changed my life and taught me far more than I thought I could learn about the world — and myself.

“A champion is defined not by their wins, but by how they can recover when they fall.” – Serena Williams