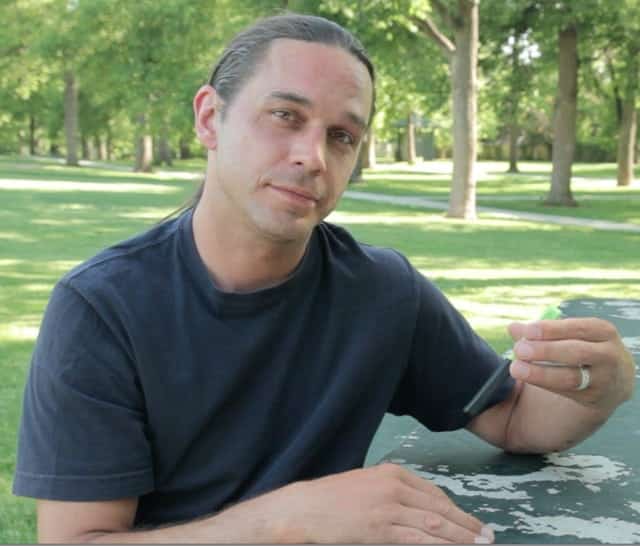 [quote style=”boxed”]Recognizing my weaknesses, for me, often requires failure. But I believe the greatest truths, learning and growth come from this process.[/quote]

Falco Freeman is the founder and CEO of Future Audio Design Innovation LLC, a company based in Portland, Oregon, that designs and sells unique protective cases and related accessories that are acoustically engineered to “naturally” enhance the audio functionality of smartphones and portable electronic devices.

Mr. Freeman is a life-long entrepreneur in the fields of audio, mechanical systems and home construction. He started his first business at the age of 18, and has never taken a corporate job since. He is a perpetual tinkerer and inventor, and his thought process is–by nature–always creative and “outside the box.” He has a knack for seeing ways to make simple yet significant improvements to the everyday tools and gadgets we take for granted, and he also has the courage to bring those ideas to life.

Mr. Freeman is a constant learner and is primarily self-taught. In addition to his entrepreneurial ventures, he has another full-time job being a stay-at-home dad and dreaming up new adventures to enjoy with his two daughters.

I am running a Kickstarter campaign to raise funds to develop a cool, new desk-stand that is specifically designed for our flagship iPhone case, the AudioGlove. The stand is great for folks who want to use their “AudioGloved” iPhone to make even easier, hands-free calls at their desks at work or in the kitchen while making dinner. I am also working on designing product line extensions that will include new audio-enhancing cases for the iPad and other smartphones.

Where did the idea for AudioGlove come from?

The very first time I held an iPhone (before turning it on), I looked at it and thought to myself, “Why did they put the speaker and microphone at the bottom, pointing away from the user?” I turned on the iPhone and cupped my hand around the bottom, which made it much louder. I turned to my friend, while showing him the sliding action of the opening and closing of an imaginary case, and said, “They should make a protective case that does this!”

Then, when I owned an iPhone, I found myself trying to juggle the kids, make dinner, etc., while making phone calls on speakerphone. The sound quality on both ends of the line, however, was just too low. The iPhone needed to be more hands-free for me. That imagined case and my personal user experience are what led to the AudioGlove.

I make breakfast, pack lunches for my kids, and get the kids ready for the day. Then we bike together to school (two miles, every day). I get home and launch full-steam ahead into my business, make phone calls to my partners, answer emails, attend meetings, etc. I also like to carve out an hour or so each day to “vision,” which is when I think creatively about other paths that might make sense for the business and make sure I am staying focused on what’s important for the “big picture.” In the evening, I help with dinner and dishes before putting the kids to bed. By 9:00 p.m. the house is quiet again, so I make sure our order processing/shipping team took care of the day’s orders, check customer service inquiries, make the occasional phone call to my partners, do some product design work, and get organized for the next day.

Louis Sullivan–the American architect known as the “father of skyscrapers” and as the mentor of Frank Lloyd Wright–designed buildings not based on established patterns and rules, but according to the way the buildings were actually going to be used. Sullivan’s credo was, “form ever follows function.” That seems like an obvious concept, but it’s not always followed. I see products and tend to develop ideas based on how their forms can be improved in simple, elegant ways to deliver functionality and solutions that users actually want. And that is the same principle I followed to bring the design of the AudioGlove to life.

The evolution and increasing popularity of voice commands for smartphones and other electronic devices. I don’t think it will be long before we more frequently operate and send messages through our phones using audible commands as opposed typing manually. I think iPhone’s Siri is just the beginning. This trend bodes well for the AudioGlove, because the case also improves the reception of the microphone. Siri can’t help you if she can’t hear you.

Well, it wasn’t necessarily my worst job, but when I first started my construction company we primarily focused on doing home siding jobs. We were making a lot of money doing that, but it was just too mindless for me. There was no need for creativity and I wasn’t happy. So I gave that up and turned to doing more home framing jobs. Framing required careful thought, and it afforded more freedom to be creative.

I would invest more time into building a team from the beginning. I tried to do too much on my own, and I wish I would have built a complementary team around me earlier than I did. I am much better now at recognizing the limitations of my personal skill-set and getting help when I’m spreading myself too thin.

I actively participate in entrepreneur networking and mentoring groups, both seeking and offering advice. I am a big believer in “group think” idea generation and I avoid “reinventing the wheel” if possible.

Recognizing my weaknesses, for me, often requires failure. But I believe the greatest truths, learning and growth come from this process.

A DIY conversion kit that turns a normal, adult bike into one with extra back handlebars and seats for the kids (kind of like a tandem bike without the pedals). I’ve done some retrofits myself, but it would be great if there was a universal kit that would work for most standard bikes. If anybody wants to run with that idea, come talk to me. I’d love to see that product developed.

I am a big believer in green technologies, and I don’t think we should be so short-sighted when it comes to deciding when to start developing them for our future. We should increase support for universities and major research centers to tackle these important challenges, and should properly incentivize schools and promote more collaboration within them. It is only a matter of time before these technologies will be essential, and the United States should be the world leader in that effort.

I have two middle names and one of them is Thor.

I like the Google app that allows you to search on the iPhone via voice commands instead of typing. I am also a big music fan, so I frequently use Pandora. Both of these iPhone apps are even better when I am using the AudioGlove to improve the microphone reception and amplify the speaker sound. I also use the basic stock market app on the iPhone to keep up on business news.

On a Pale Horse by Piers Anthony. I’ve always liked this book because it taught me something very important. There is a scene where the character Gaea encounters a problem and comes up with five, distinct ways to solve it. I learned that there doesn’t have to be just one way to solve a problem; there are always different angles and approaches to be taken, if you remain open-minded. That concept has really carried over to my business life as well.

I am not a big Twitter user, but @AudioGlove follows @JasonFried, author of Getting Real and founder of 37signals, which developed a number of web apps, including one we use, Basecamp. One of my team members put me on to Jason and his philosophies regarding starting businesses and developing new products. We try to apply as much of his teachings to our business as we can. Also, @LifeHacker is full of fun and useful tips, and @EngadgetMobile helps us keep up with all the important mobile tech news that impacts our business.

When was the last time you laughed out loud?What caused it?

Watching my daughter’s second grade field day. They had teams participating in a silly event where each kid passed a wet sponge overhead to the next person behind them in line. The teacher told them not to squeeze the sponge, but of course, all the kids ended up soaking wet, much to the teacher’s dismay.

Nikola Tesla. He was an inventor, physicist, mechanical and electrical engineer, and an extremely important person in human history. I like him because I can identify with him as an inventor and because I respect his work ethic and modest background. He is really one of the most underappreciated inventors.

You have been accepted into the Starve Ups, an exclusive and highly successful early-stage company accelerator based in Portland, Oregon. Would you recommend that entrepreneurs pursue similar accelerator organizations?

Yes, I highly recommend it. This is a very sharp group of people. Being accepted as part of Starve Ups provided real validation for my product and gave me a lot of confidence in the potential success of my business. Starve Ups has been invaluable, introducing me to resources that I would have never otherwise been able to tap into on my own. I understand not all programs like this are created equal, but I feel extremely fortunate and proud to be part of the elite group of Starve Up-mentored companies.

Yes, I like math because it’s almost like a first language for me. Math has always made sense to me, and I tend to think through solutions to any problem by first seeing if I can approach it from a mathematics standpoint. I also like to incorporate math lessons into as many conversations with my kids as I can.