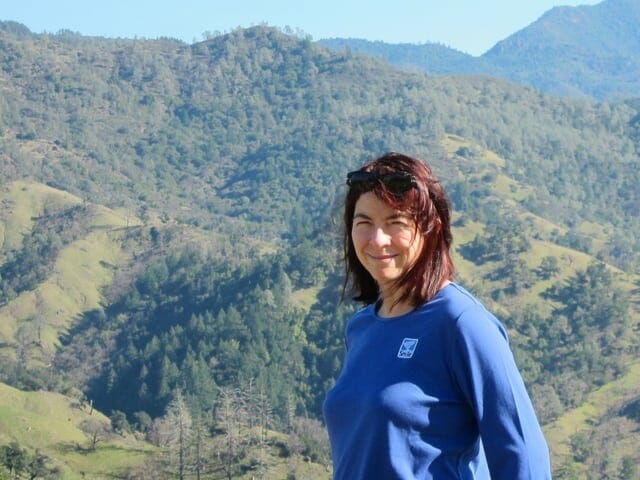 After leaving behind academia and her initial career goal as a professor of Russian history, Jean MacDonald worked for several years in the book publishing business in New York City. She then moved to Oregon to be closer to her family and worked at her sister’s startup, a children’s software company. There, she became an early practitioner of online marketing and website design. Jean has worked with Smile since 2004.

Learning the ropes in the brave new world of marketing iPhone and iPad apps.

Where did the idea for Smile come from?

Greg and Philip had the idea. Philip was my neighbor and good friend in Portland. Greg had worked at my sister Judy Johnston’s dot-com in Silicon Valley during the boom. She introduced the two of them.

The “ah-ha” moment for me came when Philip asked me to help them introduce and demo PDFpen at Macworld 2004. I was a Mac user, but had never been to Macworld, so I thought it would be fun. The range of attendees impressed me. I thought it would just be computer geeks, but I saw parents with their kids, teenagers and lots of grandparents. I came away with a sense that it would be exciting and interesting to work with Mac users. After that show, I started working with Smile and have grown to appreciate and enjoy the community we engage.

I adhere to Anne Lamott’s “shitty first draft” approach to creative work. At some point, I have to turn off the distractions and make myself write something to get started. Fortunately, I also have 2 very smart partners to give me feedback.

Electronic publishing. When I worked in book publishing, only a few companies had started to put books on CDs. Now anyone can create and distribute his/her work without relying on a publishing company or a printer. This frees up a lot of creative energy that was stuck in the cycle of finding an agent and submitting books to publishers. So much waiting was involved. Even if your manuscript was accepted, it could easily take 2 years to make it to the bookstore.

Grocery store checkout clerk. I learned how to use a numeric keypad by touch. This was before bar code scanners (yes, I am dating myself). It was a hard job to be on your feet and dealing with demanding customers. But I can still enter numbers on a keypad by touch. More importantly, I learned how much easier and effective it is to give customers what they want.

I spent quite a few years in graduate school and never got a Ph.D. I might answer “skip graduate school,” but I know that these were important years for me because I learned to write and research. I also became proficient in 3 languages, which has always been a bonus for me.

Challenge your assumptions. Entrepreneurs in technology can never assume that what worked last year, or even last month, will work today.

Google Docs is great for collaborating. Twitter is a good business tool, but it’s also really great for cultivating friendships far and wide.

Trust Agents by Chris Brogan and Julien Smith. It’s a very engaging read about the importance of trust and how to cultivate it online.

If you weren’t working on Smile, what would you be doing?

Helping improve proficiency with online marketing technology in developing countries or with non-profits. I have done volunteer stints with Geekcorps in Ghana and the U.S. Embassy in Armenia.