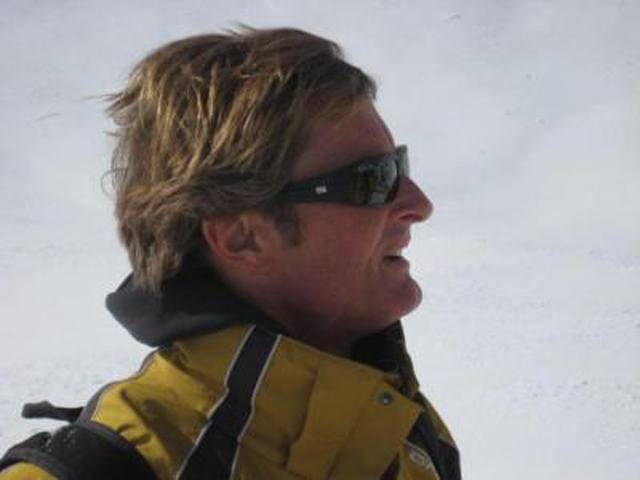 [quote style=”boxed”]Create a vision people can believe in, inspire them to achieve more than what they believed possible, and lead from the front and not from the corner office.[/quote]

Kevin O’Connor is the CEO of FindTheBest, an unbiased data driven comparison engine, which he established in Santa Barbara, California in 2009.

Kevin started his first software company in 1983 at the dawn of the PC. In 1995, at the beginning of the commercial Internet, he founded DoubleClick. DoubleClick helped put Silicon Alley on the map and sparked a network of entrepreneurs and new boom companies. Now, Kevin is working to help bring order to the chaos of the web with the comparison engine FindTheBest, recently funded by Kleiner Perkins Caufield Byers.

Kevin has been on both sides of the venture capital table, founding his own VC firm, O’Connor Ventures.  He cut his management teeth while coaching wrestling and penned the book The Map of Innovation, Creating Something Out of Nothing. Whatever spare time Kevin has, he spends surfing or skiing.

Where did the idea for FindTheBest come from?

I became increasingly frustrated by the chaos of the web.  It’s a problem that needs a solution.  Once I’m fixated on something, I get incredibly focused and obsessed with building the best solution.

You can find anything on the web, but it can take you hours or days of research to compile it into a useful form in order to make a decision.  People need objective and factual information in order to make side-by-side comparisons and make the best decision.  I found myself compiling Excel spreadsheets for data to help make decisions on everything from a web hosting solution for my business to colleges for my son.

We’ve created the first broad-based comparison engine to help people make informed decisions quickly.  I use FindTheBest to plan our family ski trips. I filter my options by lift ticket price, elevation, trail difficulty and snowfall; there’s nothing like it. Meanwhile, my oldest son is using FindTheBest to compare colleges and  my daughter and her friends can’t seem to get enough of the horse, dog and cat breed comparisons.

Everyday is different.  I’m a product guy, so my first call in the morning is to my CTO on my way to work. If the weather’s right, I’ll squeeze in some time to surf at lunch.  Most days I’m at the office by 8:00 AM.  I scan my email and then I usually walk around the office and check-in with the managers, trouble shoot, ask tough questions and set direction.

We have an open office plan so throughout the day I field questions and ideas from everyone in the company.  If I feel an issue is arising that is important for the team to understand, I’ll host an impromptu talk.

We’re an active group that works long hours, so a few days a week we all break for a basketball game or football scrimmage.  We have a gym in the basement so I break up my day by doing a set on the weights.  I dress in gym shorts and t-shirts everyday (everyone thinks I’m too casual!), so if a game breaks out, I’m ready to go.  I usually wrap up around 7:30 PM and head home to have dinner with my family.

Create a vision people can believe in, inspire them to achieve more than what they believed possible and lead from the front and not from the corner office.

The entire Software as a Service (SaaS) industry is of great interest because of the massive economies of scale.  DoubleClick was one of the first SaaS companies and it was a struggle because the Internet was not proven. Now, companies love SaaS.

Cloud computing is an extreme example of SaaS and is definitely the future.

Washing dishes in restaurants was the worst job.  One of the owners treated me like dirt and I vowed that if I ever became successful, I would strive to treat everybody with respect.

I don’t live my life looking in the rear view mirror.

The market is flooded with bad web/screen conferencing systems. If someone could create a superior product in this market, he or she will solve a big problem.

I’d get the government out of our lives. We’re increasingly becoming a nanny state.

It wouldn’t be a secret if I told you.

Most people don’t know that I have a twin sister named Kathy.

I don’t have one.  I tend to listen to classic rock.

Watching a Tosh.O web redemption episode with the team.

Who are your heros?

What do you look for in the people you hire?

Smart athletes who inspire the people around them.

Before you started on your entrepreneurial path, which other careers paths did you consider?

I wanted to be an Olympic wrestler, but in the end I wasn’t good enough.  I coached wrestling for a while and that is where I learned great management lessons.

I was on the path to get my Ph.D. and dreamed of working at Bell Labs as an inventor.  Fortunately, I dropped out the day I got accepted to do a startup.