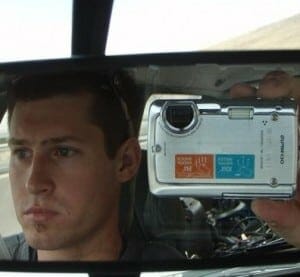 Jesse Lakes is an online entrepreneur with an addiction to building web based companies.  His first start up began with high school graduation money and he is now fully engaged with his twelfth, thirteenth and fourteenth ventures.

Between then and now Jesse has also held a number of interesting positions, including bus driver, sushi chef, kitchen designer and whitewater raft guide.

Jesse also has adrenaline dependency and can regularly be found outside getting his kicks.  Whether on a mountain bike, raft, surfboard, kayak or snowboard Jesse can prove he has pushed himself past the limit with a scar and a story.

Currently located in Denver, Jesse has lived in Costa Rica, Colorado and Montana over the last decade; anywhere he can find adventure outside and a decent Internet connection inside.

I am currently fully engaged in two projects.

The first is promoting my recently published book about the iTunes Affiliate Program.  I would like to think that I am relatively well versed with online marketing in general but it has been an interesting challenge adapting my skill set to selling just one specific product. Check it out at MasteringiTunes.com

The second project is taking the GeoRiot service to market.  It’s been a wild ride from conceptualizing this service less then six months ago to working with my long time friend to build it out and now being only days from opening it up for beta testing to clients around the world.

It’s been really fun watching one project open doors and have aspects morph into the next.  It’s been a hell of an evolution from where I first started, over a decade ago, but it’s incredible that skills and ideas from all my previous projects end up showing up in current projects in one form or another.

2 Trends that excite you?

On a personal note I really like the concept of getting paid a percentage of what your work does for your client.  Call it CPA, affiliate marketing, commissions, revenue share or whatever, when you put skin in the game you work harder and smarter.  I think it’s cool to see more and more companies basing their revenue model around this concept.

On a professional note I am excited to start seeing how global traffic is starting to affect companies that rely on affiliate commissions.  The fact that the largest affiliate program – Amazon – is geographically divided into seven completely different stores and that there is no easy way for a single affiliate link to capitalize on all possible traffic amazes me.  This of course is exactly what GeoRiot aims to solve.

How do you balance your personal and professional life?

In my early years of working on Niftytricks where I had to actually go snowboard and kayak to get the content I needed for the site, to more recently being a whitewater raft guide and spending every day in the summer on the river I have really enjoyed blending work and pleasure.  As I have grown older/matured/slown down a bit it became a realization that maybe the two should be separate.  This way you can give each a 110%.  I try very hard to find balance between work and play, then and now.  Although I am more committed now then ever before to my projects I have never played so hard either – surfing in Costa Rica, sailing in the San Juan Islands, rafting the Grand Canyon…

How is it that at 28 you still have never worked what you call a “real job”?

With a huge thanks to my parents and working a lot of random jobs in college I was able to walk away from graduation with almost no debt.  With no major pressure to immediately find a career I was able to spend some time exploring.  I continued to work some random jobs and found passion in being a rafting guide and traveling.  Although both those are hard work, especially when combined, I never considered it a real job.  A real job to me is a cubicle and a commute.  I call it bumming, some call it dirtbagging but essentially just being smart about your money means you don’t have to make a lot of it to have a lot of fun.