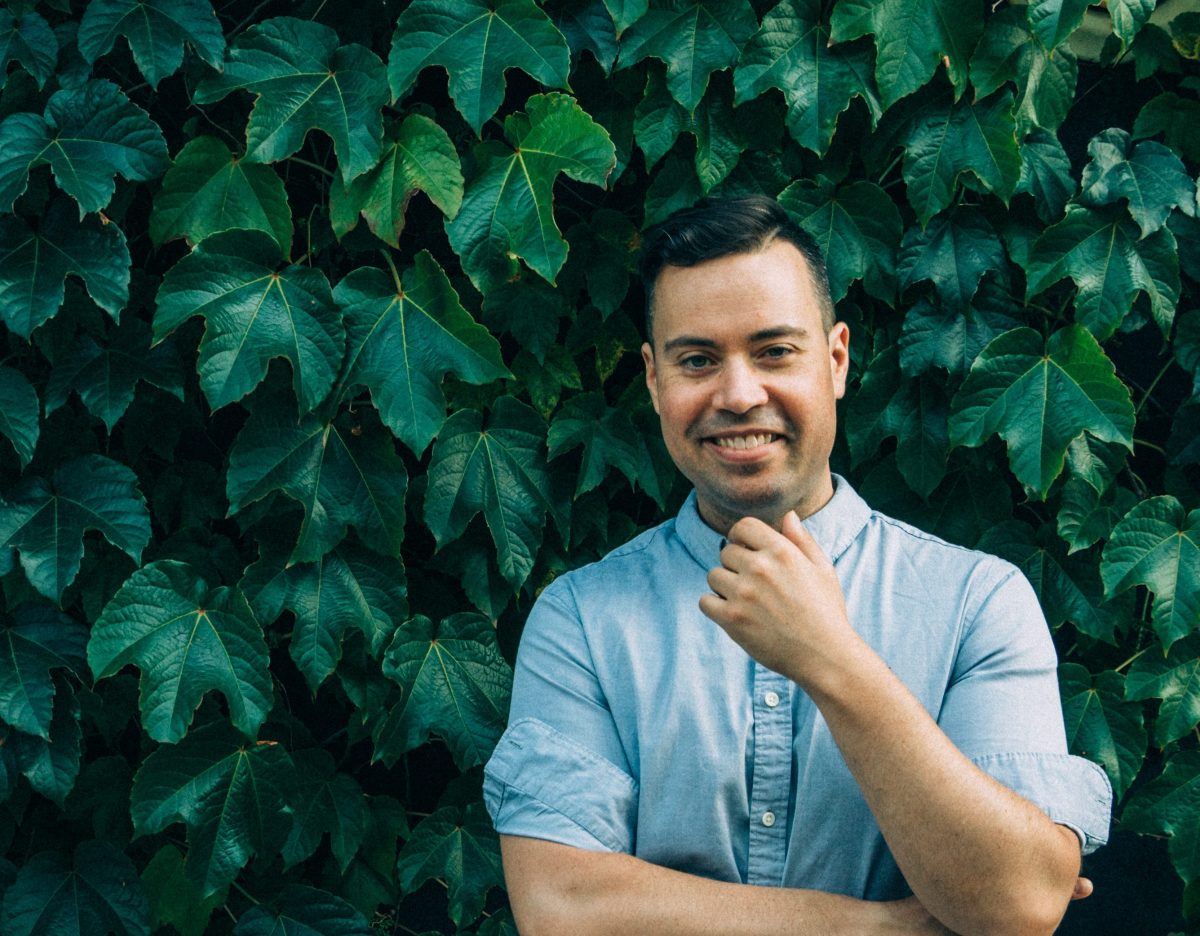 Focus and prioritize relationships. The more value you’re able to add to your network, and the more you’re growing and nurturing that network, the more opportunity you have when you really want and need it. This is the best insurance policy you can possibly have, and it’s not for sale.

Jordan Harbinger, once referred to as “The Larry King of podcasting,” is a Wall Street lawyer turned talk show host, social dynamics expert, and entrepreneur. After hosting a top 50 iTunes podcast for over a decade that enjoyed nearly five million downloads a month at its zenith, Jordan has embarked on a new adventure: The Jordan Harbinger Show, where he deconstructs the playbooks of the most successful people on earth and shares their strategies, perspectives, and insights with the rest of us. The Jordan Harbinger Show was recently awarded “Apple’s Best of 2018, Most Downloaded New Shows.” Jordan Harbinger has always had an affinity for social influence, interpersonal dynamics, and social engineering, helping private companies test the security of their communications systems and working with law enforcement agencies before he was even old enough to drive. Jordan spent several years abroad in Europe and the developing world, including South America, Eastern Europe, and the Middle East, and he speaks five languages. He has also worked for various governments and NGOs overseas, traveled through war zones, and been kidnapped — twice. He’ll tell you the only reason he’s still alive and kicking is because of his ability to talk his way into (and out of) just about any type of situation.

Where did the idea for “The Jordan Harbinger Show” come from?

I started working at a Wall Street law firm and realized that everyone seemed smarter and just as hardworking as I was. So, thinking I’d get fired if I didn’t find another competitive advantage, I wanted to learn how to master my soft skills such as networking, persuasion and influence. I started the show so that I’d have access to the best leaders and coaches in that space, and over the past decade and change it’s evolved into one of the largest interview podcasts in the world.

I block off my calendar in 15 minute blocks. If it’s on the calendar, it gets done. If it isn’t on the calendar, I don’t think about it or try to focus on it at all that day. This allows me to 1) stay focused, 2) not use ANY cognitive bandwidth deciding what I need to do next, and 3) shows exactly how much time I need for certain tasks so I don’t overbook myself and end up stressed, which kills both focus and motivation.

Each day I wake up and make sure my team has what they need to get their jobs done. Yes, that involves email. (Sidenote: People who say things like “don’t check email first thing in the morning” are usually self-help keyboard-jockeys who don’t know anything about your business and usually just want to sell you something. Do not listen to these so-called “thought leaders”)

After the team is set, I get to work on recording the show, commercials or do voiceover work. My voice sounds best in the morning and I have the most energy, which is what matters in any performance (yes, a podcast is also a performance). In the later afternoons, I read and research future show guests, handle fanmail, pitch future show guests, etc.

I interview the most amazing people I can find, and have them teach something to the listening/viewing audience. I’m not trying to inspire you, motivate you, etc. I want you to learn something real. Motivation and inspiration are cheap and every 18 year old who doesn’t want to get a job is fluffing up their Instagram with this stuff on the daily. What I want are real conversations with people that seldom get to teach what they really know, and the mindsets and habits of successful or interesting people are almost always valuable for the rest of us.

As someone who has been podcasting for 12+ years now, I’m glad that almost half of America listens to these now. I have always believed they’d replace radio. We have a LONG time before that happens given the current pace of things, but this bodes well for those of us that care about what we’re creating and putting into the space.

I delegate and delegate until I can’t delegate any more. Most entrepreneurs have some pattern in their head that says something like “I can do this particular piece of work/task, so I will just do it myself” -this is why I see entrepreneurs (who, like many of us, complain that there aren’t enough hours in the day) spending 3 hours making a video for their instagram that they could have paid someone else $20 to create. This might sound ridiculous, yet it’s a real example, and almost any business in which I consult, I find this problem happens to the best of us. Even with my own tasks and projects, I often find myself falling into this trap and have to consciously pry myself out of it. I try to teach this to my team as well, because this sort of thing is very scalable in terms of productivity and creative output.

Where do I begin?
1) don’t go to law school just because you didn’t figure out what you wanted to do in college
2) try radio and journalism, you might like it
3) it’s SO much easier to make money than you think it is, so stop worrying about trying to get a 6-figure job someplace.

I have so much advice I literally do an hour of advice every single week on The Jordan Harbinger Show, but I’ll leave it here for now 🙂

Making money and joining the 1% really isn’t that hard to do. If you do something that you enjoy and that scales even a little bit, you will probably find yourself in the 1% almost by accident, seriously.

I have coaches for everything. I have a Chinese teacher on Skype, I have a voice coach, I have voiceover and narration coaches, I have podcast production coaches, I have interview coaches, etc. Somehow we’ve decided that since we can learn how to do something ourselves, we should do that first. This wastes a ton of time (flatter learning curve) and then the coach has to waste even more of our time helping us un-learn poor habits picked up when we tried to self-study. If you’re learning something on your own, it should be because you CAN’T find a coach, not because you’re too cheap or too proud to hire one.

I focus on quality work. This doesn’t work for every niche, but for things like podcast interviews (which are a dime a dozen), you have to rise above the rest to be ‘sticky’ and retain audience. You have to earn every single friggin minute of your audience’s time, or they will eventually go elsewhere (as well they should). So, figure out how to be the absolute best (deliberate practice, coaching, feedback) and keep iterating or someone like me will lap you time and time again and your work will no longer be relevant. Once you’ve got something that is undeniably top-notch, your early adopters share it with other like-minded people and you’ve got a snowball effect of loyal audience that stays with you instead of just flipping over to the next trend. This is the “1,000 true fans” concept in action that you’ve heard so many pundits talk about online and elsewhere.

I had a major disagreement with my former business partners and had to leave my company and start from zero in early 2018. I’ve since come back and built a larger audience than I had before, took most of the staff of the old company with me, and ended up with an even better situation than I’ve ever had. The reason is because I started and maintained my relationships throughout my entire career. I dug the well before I got thirsty. Whereas many/most people will only call you when they need something, I systematized my outreach and my relationship development skill set and it paid off massively.

A lot of people spend a huge amount of time online looking for certain things they’re obsessed with. For example, there are tens of thousands of people who enter online contests ALL the time. Create a site that aggregates these contests (use Google alerts, hire a VA to add and maintain the site) and charge a monthly membership fee to join. It saves the contest entrants hundreds of hours/year, and that’s worth, say $25/month. You only need a few hundred members to make this a full-time income while mostly just managing a VA and honing your systems, etc. I’ve thought about doing this myself but I just couldn’t care less about the idea itself.

I got a charger that smart-charges (super-fast charging) any USB device AND also has a battery built-in so that when you unplug, it still keeps charging the device for a large part of the day. My phone NEVER dies, I only need ONE charger when I’m on trips, and I can charge multiple devices at once.

I use Boomerang. It bounces something back to your inbox if the email isn’t replied to within X days. I can’t believe this isn’t a tool built into literally every piece of email inbox software.

Extreme Ownership by Jocko Willink. It’ll get you to stop blaming others, even if it’s their fault, and you’ll regain control over your life and business.

Legacy is greater than currency.