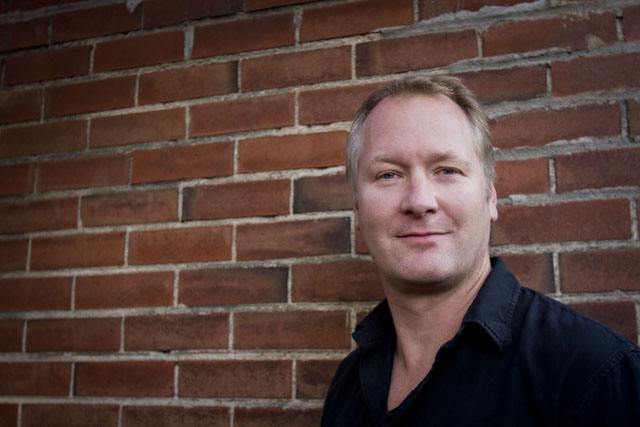 [quote style=”boxed”]I would have started working on this idea 10 years ago and been a decade into it!  I also would have delegated a bit more of the task-oriented work that was time intensive but did not require my personal oversight.  Doing it ALL myself diverted my energies from the meat of the work, which was the design of the tent.[/quote]

Redverz Gear’s founder, Kevin Muggleton, has crisscrossed the world on every form of transport imaginable: on foot, hitchhiking, boat, bus, train, plane and a 1986 Land Rover which he rebuilt by hand along the way. But without a doubt, his favorite mode of transportation is his motorcycle. Travel is in his blood. With a British Army Paratrooper for a father, Kevin never quite took root. “Home” was never really home for long and life was one big adventure.  With a short stint as an army officer under his own belt, Kevin ambled down a path that took him canoeing down the Amazon and kayaking grade 5 Zambezi River rapids while filming the ride.  Kevin drove the length of Africa, from London to Cape Town in search of the matriarch of the elusive Lovedu tribe and documented the event on film for National Geographic TV.  He and his motorcycle, affectionately called “The Pig,” have seen dirt track, pavement and terrain from the Arctic Circle to Tierra del Fuego and all places east, west and in between.

Redverz Gear, Kevin Muggleton’s Denver-based expedition tent company, was inspired by his love of travel and his disdain for tents that just did not fit the bill for adventure motorcycle travelers.

Kevin moved to the U.S. in 1999 and embraces the American dream: here anything is possible.  His love of design and wisdom as a world traveler have been supported, pushed and cheered on by his American friends. From a blank canvas, he built his first tent model, the Tenere.  With feet that never stop moving and a mind that keeps pace, there are more products to come from this adventure travel nut.

The overwhelming success of our motorcycle expedition tent has our creative juices flowing.  We are testing new models for additional niche markets and designing add-on products that our current customers want.

We work in the best industry imaginable.  Motorcycle travelers around the world are the most hard core and grounded people you could ever hope to meet. Our customers are friends and valuable resources, and as a community, we know what works, what doesn’t and what needs to be newly redesigned.

Where did the idea for Redverz Gear come from?

The best parts of my life have been spent living out of tents on trips all over the world. The tents available have always been a compromise and as cross-continental travel factored more heavily into the equation, for me, designing this motorcycle tent was a no-brainer. There’s been this long held view that you need to travel with a cappuccino-sized tent to ride around the world. I think the view is too limited.  When your bike is broken down in the middle of a Saharan sand storm and you need to work on it or when you are trying to squeeze inside a sardine can of a tent with dripping wet gear, your tiny tent is no match for our gear.  On the security side, there is nothing worse than losing precious sleep because the noise and activity around your unsecured bike ruin any chance of recovery and downtime. We’ve put the comfort back in camping and made it cool to travel with a slightly larger tent.  The extra few pounds of pack weight on an adventure bike mean very little. If you’re working hard, you lose that weight the first few weeks on the road anyway.

I am not an early riser because I deal with Asia and Australia through the night. When I am in town and not out testing gear, I get our little boy ready for school, put him on the back of the bike and cycle through Denver’s City Park past geese and dinosaur sculptures on the way to school.  The rest of the morning I divide up amongst the day-to-day operations of servicing customers, marketing our gear, vetting new dealers and refining our production process.  With that handled, I open up what is left of the day to the big picture stuff: designing, dreaming and planning.  I try to get the balance of life right, but all new companies demand a great deal of time and it seems there are never enough hours in the day.

I am a “leap before I look” kind of guy and I just attack it.  I start modeling immediately and never hinder the creative process.  For me, hesitation is the death of an idea.  Build it, even if it’s rough or works poorly.  Once you have your idea fashioned out in front of you, it’s much easier to see if it’s got legs to stand on; and if not, you can identify what changes can be made to make it work.

In between travels, I begrudgingly took a temp job working at a bank in England.  I was let go a few weeks into it after being caught napping on the job.  The monotony of it was like poison to my body.  I know banking is a fantastic career for loads of people, I just don’t fall into that lot.  I firmly believe you have to love what you do and if you don’t want to spend your life in a job you can’t stand, take immediate steps to change it.  I have only worked for myself since.

I would have started working on this idea 10 years ago and been a decade into it!  I also would have delegated a bit more of the task-oriented work that was time intensive but did not require my personal oversight.  Doing it ALL myself diverted my energies from the meat of the work, which was the design of the tent.

Surround yourself with 2 or 3 POSITIVE friends that are entrepreneurs and have been through similar experiences.  Stay away from the naysayers and those who want to over-process your ideas into non-existence.

I prefer to drink 3:2 beer because after 3 bouts of malaria, I just can’t drink much!

Your friends have more knowledge than you could possibly imagine.  Be acutely aware of what they can offer to your business.  Our first pole design failed in certain high wind conditions and it was my good friend Dr. John Berger, a professor of mechanical engineering at the Colorado School of Mines, who had the answer to our problem.  A seemingly normal conversation at our weekly pub night revealed that he advises the Department of Defense specifically on stress fractures. Once the connection was made, we had him test and redesign our poles.  Subsequently, we sent out a replacement set of poles to every one of our customers at no charge.  It was a win for everyone and we now believe we have the strongest tent poles in the industry.  Maybe the lesson is have more pub nights with your friends…

The Alchemist by Paulo Coelho.  I love this parable, the Andalusian goat herder travels in search of life’s secrets and treasures only to find that everything he wanted was right there around him at home.

If you weren’t working on Redverz Gear, what would you be doing?

I would be working on one of my hundreds of other ideas.  I like to tinker.  If you cut me open, you would find I am made up mostly of ideas.  We have a ferocious water bill because I stay in the shower until the water runs cold pondering at least 10 new concepts a day.  I have this crazy idea to create a wind up house.

Last good laugh? On the phone with my younger brother Andrew who runs our European operations out of Amsterdam.  We rehashed a trip riding through the Argentinian Pampas with an electrical problem that caused my motorcycle to backfire. We saw this gaucho on a horse ahead, waited until we were alongside him and let the bike backfire.  The horse BOLTED, the gaucho held on (I’ve no idea how) and we sick puppies were belly aching.  Not proud, but funny.

This year’s winner of the Paris Dakar Rally. What drives a person to win these events? What insane thoughts and ideas go through his head and what ideas will he bring to this world?

What prepared you for the role of business owner and entrepreneur?

Essentially, I lived life well.  Each choice you make, each path you have the courage to venture down leads to the moment where you arrive both personally and professionally. I was a British Army officer, a photographer, videographer, artist, river raft guide and now I am a dad. At the core, I am an adventurer armed with a variety of tools acquired along the way and the road to get here, every inch of it, has served me well.

What gives you the most angst?

I’m 45 this year and have lived one long and truly epic adventure.  At times, I fret that the next 20+ years won’t be as thought provoking and rich as the last 20.