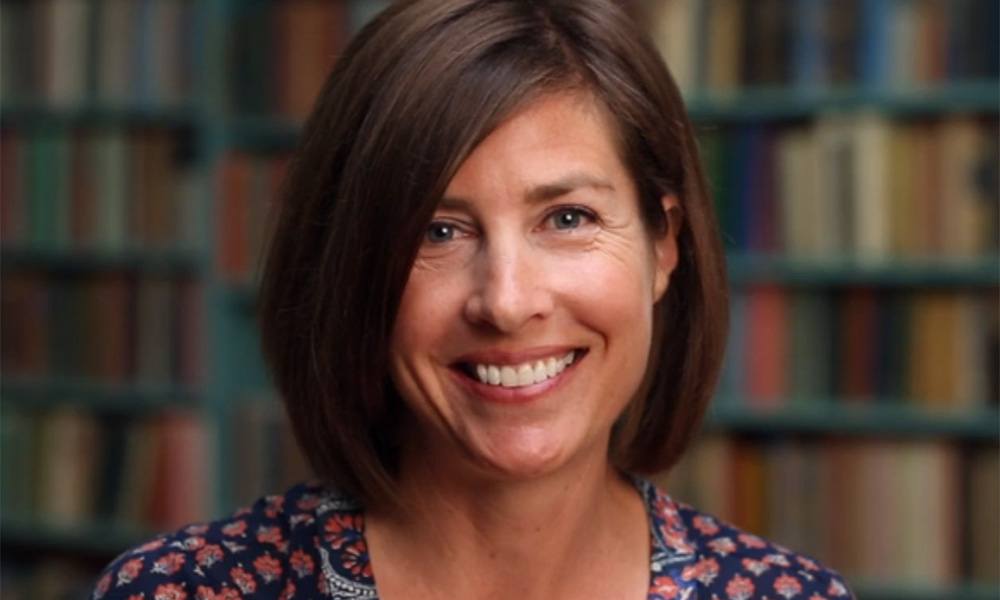 Kirsten Chapman is the founder of Kleynimals stainless steel toy keys for baby. Kleynimals satisfy your child’s desire to play with metal keys without the hazards of lead contamination, sharp edges, or the daily grime that come with the keys in the bottom of your diaper bag. Each Kleynimal has been safety tested to ASTM/CPSIA standards for babies 6 months and up by a third party laboratory. Kleynimals – Good for Kids, Good for the Environment, and Proudly Made in the USA.

Where did the idea for Kleynimals come from?

The idea for Kleynimals came from my second child, who was putting everything in his mouth. When he started grabbing for my keys, I knew I needed a safe and clean alternative. I looked high and low for a ‘non-toxic’ option and everything was plastic. He didn’t show any interest in plastic and they were not distracting him from the real thing. I also didn’t like giving him plastic because I have never felt like plastic is truly non-toxic. Thus, stainless steel keys made sense to me and I was surprised to learn that they didn’t already exist!

It’s really hard to describe a typical day. I usually start the morning off being a mom and PTA volunteer by getting my kids off to school and usually checking in on that ‘job’ of PTA President, which I have held for the past 3 years (and from which I finally just ‘retired’). Then I get home and start communicating with various people, whether it be following up on emails from customers, my manufacturers, PR inquiries, etc. Following that, I usually work on fulfilling orders both directly to consumer and also for my stores. This is more time consuming than one would think, because I do quality control on every set of Kleynimals before the final packaging and sending. I also try to fit social media in, as I know it is important, but it tends to get bumped in favor of other things that are more ‘pressing.’ I finally hired someone to help me in that department, as I realized it needed to be more of a priority. But, something unexpected always happens during the day, whether it is child, school, or work related, so my schedule has to be really flexible.

Bringing ideas to life is always more time consuming that I expect. I have had ideas for a ‘rattle’ that I could release in the US, Canada, and the EU. However, it has taken me over three years to finally make it happen, since I needed to figure out other manufacturing kinks in my original product first. I was originally expecting to release the rattle after one year, then two… and now I am still waiting after coming up with an even better idea for it! As another example, figuring out a change in packaging for my new flatware took several months of trying ideas with my American based packaging company (Finn Industries). Other things happen more quickly, like marketing ideas. Bringing ideas to life is also where I need to be flexible and roll with the punches, because I try to do it all solo. I know if I had a team that could focus on one area, versus me being so involved in every aspect of my business, things would happen much faster!

I think that people seem to be getting back on board with ‘Made in the USA,’ and that is exciting to me. I have been committed to keeping everything American-based since I started, and always at a sacrifice to my own finances. Unfortunately, I don’t know if people always appreciate the Made in the USA manufacturing when they look at the price tag, no matter how reasonably priced I think my product is for its quality! However, I think there is more emphasis on USA manufacturing as of late and more people are seeking American-made toys.

I think one trait that I have that helps me as an entrepreneur is just my ability to get things done as immediately as I can, so that I can cross one more thing off my ever expanding to-do list. I try not to procrastinate, because then it just weighs on my mind and things would never move forward that way.

I don’t know if I could ever describe the worst job that I ever had, but I was definitely influenced by the worst manager I ever had. This manager taught me that setting expectations and open lines of communication are most important. I also learned that self-awareness and accepting feedback are also critical.

If I were to start over again, I would make more use of the resources that I now realize are out there. For example, the US Government has a lot of resources for small businesses from the Small Business Development Centers, SCORE, and the Export Assistance Centers. I ended up using these resources much later in the process when I had already overcome the more challenging hurdles required to get my business off the ground!

As an entrepreneur, I would suggest that you have to be willing to overcome challenges again and again. It is never a smooth or obvious path, and there are a lot of disappointments along the way. However, you have to just keep plugging away to make your vision a reality

My business has really grown through ‘word of mouth’ promotion. As I mentioned, I make some sacrifices on my margins because of my commitment to ‘Made in the USA’ manufacturing. That means that I do not have much money to spend on marketing. I like to think that any good business can grow through positive interactions with customers. Thus, I really focus on customer service both with my wholesale accounts and my direct-to-consumer accounts. I love the opportunity to build a relationship with a customer… it’s these interactions where I receive great feedback about my products and where I have the opportunity to make someone else happy and satisfied.

The biggest failure that I faced was when I was required by Health Canada to do a recall on my product in 2013. I was always very serious about safety for my product. In fact, before I ever designed it, I called the US Consumer Product Safety Commission to learn if making stainless steel toy keys was permissible and what size requirements were needed. From there, I sent the prototype to third party testing twice, and now my final product has been tested countless times. When I started to receive inquiries from other countries, I went back to the testing company to have them tell me if my product met requirements for Canada. They told me it did and I sold in Canada for 1.5 years before I received an alert from Health Canada telling me they had different classifications for toy keys than the US. Thus, I had to do a recall, as my keys did not meet rattle standards. This was heartbreaking to me, especially since safety is such a priority and I thought I had checked all the barriers to entry for Canada. Additionally, no one ever wants to do a recall on a product, as it is obviously hurtful to a brand. It’s times like these when being a solo entrepreneur can be especially lonely. I was thankful to have a lot of insight and support from various US Government entities in the export and safety world that consulted with me and connected me with the right Canadian contacts. Ultimately, not one customer returned their Kleynimals, besides the retailers who were required to return their stock by law. Even better, I received many emails of support from Canadian customers who felt that Kleynimals were exceedingly safe and intentionally held onto them despite the recall.

I wish I had another business idea to share with readers. I feel lucky to have the one idea that got me started on this journey. I do not give myself much credit for creativity, so I feel like my idea for Kleynimals was a fortunate, random opening in my normal thought process!

Confidence has always been an issue with me. Even though I try to put on a confident exterior, I am self-doubting more often than not.

We have been using Canva and Planoly for social media, and they are both great web applications that help with editing and scheduling!

To be honest, when I finally have the time to read, it’s not typically a non-fiction, business oriented book. I enjoy reading the newspaper and novels, none of which really influence me from a business perspective. So, much of what I do as a business person would probably be considered illogical–I move from my gut and from my moral compass. While it’s not the best way to run a business from a financial point of view, at the end of the day I am really proud of how my business positively impacts people every step along the way.