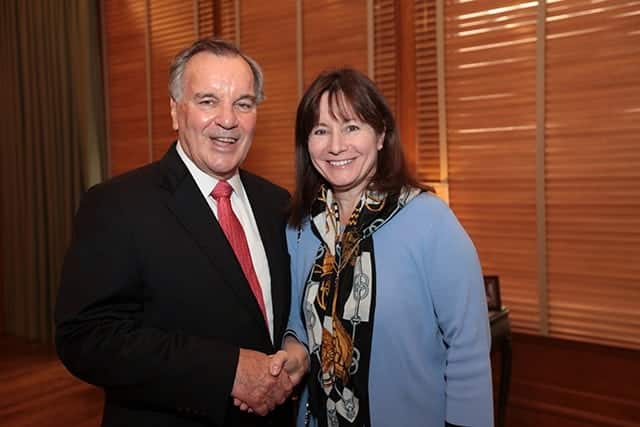 After self-producing and licensing board games, Mary turned her passion for the joy of invention into DiscoverGames.com, the world’s largest co-op of board game inventors. Widely recognized among her peers as a toy industry visionary, Mary introduced the inaugural Chicago Toy & Game Fair (ChiTAG) at Chicago’s famous Navy Pier in 2003, launching America’s largest celebration of toys and games, and the inventors who created them. ChiTAG served as the springboard that fueled Mary’s passion for play even further, and she now produces an annual week-long series of consumer and industry toy and game events every November, including the Chicago Toy & Game Fair, playCHIC – a toy-inspired haute couture fashion show event, the Toy & Game Inventor of the Year Awards (TAGIE Awards) – a celebratory evening gala event honoring toy and game inventors and humanitarians, the International Toy & Game Inventor/Industry Conference, and many other sub-events. Mary serves on TIA’s Associate Membership and PlayCon Committees and is a Selection Committee Member at the National Toy Hall of Fame. She is a contributing writer for Global Toy News’ blog and is very active in social media, promoting the importance of play and the recognition of toy/game inventors worldwide. You can follow Mary’s tweets at @ChicagoToyNGame.

Accomodating tens of thousands of people at 8 separate, yet associated, events in one week.

A tornado. And I’m Dorothy.

The theory of disruption, and the companies that are doing it; TV-based apps; and putting bacon in everything.

By never acknowledging they could fail. Talk and think about and act on an idea as if it’s already a reality and it will become one. Although different ideas actualize at different speeds. (I’m still waiting for Robert Downey Jr. to recognize that we’re soul mates.)

Where did you grow up and how did that influence who you are today?

The Midwest – where work ethic is strong, humility is a tradition, and cheesy hash-brown casserole is plentiful.

Believing people will do what they say and I continue to make this mistake, but the alternative is worse. I’d rather believe in people.

Keep having new ideas! Never get stuck on just one. If you get married to one idea, when it morphs or dies, as ideas often do, you’ll be lost. Ideas beget more ideas – the more you have, the more you get. If you generate dozens (or hundreds) of ideas and don’t become too married to any one of them,…you’ll be able to withstand the rejection that may come.

Facebook. The news can be more current! And I have a pulse on what people are up to.

Never Eat Alone, because good networking is an important part of being an inventor and one of the keys to success. NEA brings to light the most genuine way to network…by helping others.

Where do I begin?