Nate Lassiter – Co-Founder of Who’s In 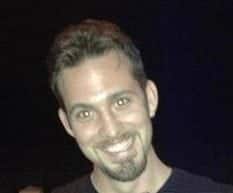 [quote style=”boxed”]It is critical that you assemble a team of people who have the right skill sets and are interested in what you are trying to do.[/quote]

Nate Lassiter has focused his career on creating–whether it be designs, music or companies. In 2007, he was a key member of the group that launched Pliq, a boutique mobile marketing agency. As creative director, he created the first mobile marketing campaigns for major brands such as Adidas, Land Rover and T-Mobile.

In 2010, he joined Phonevalley, Publicis Groupe’s mobile marketing agency, to help build the U.S. division of the company. As creative director, he built and led the creative team, and helped the agency grow revenue by three times and the employee base by seven times.

Nate has also worked on creating startups. In 2009, he launched We’re SICC, an online community that connects musicians and graphic artists, and gives them the tools to create and sell music merchandise. With his most recent startup, Who’s In, Nate and his team are helping people find and share fun shit to do. The most recent version of Who’s In can be downloaded at .

Who’s In, where we’re creating ways to make it easy for people to find fun shit to do in their cities. The current Who’s In mobile app makes it simple for people to save and share places they want to go. Our next version will also let people choose their favorite sources for finding things to do and will then let them view those sources in once place via their phones.

Where did the idea for Who’s In come from?

The idea for Who’s In came out of our own frustration with not being able to find things to do in our city and not knowing what things our friends want to do. There were numerous times when we would miss an event we wanted to go to, or when we would realize that a friend went to a restaurant to which we also wanted to go. We think if we make it easier to see what’s happening, and if we make it easy for groups of friends to share all the things/places they want to do/go, we’ll all do more fun stuff together.

Mornings always start with email. I’ll then do client work at Phonevalley, which entails designing mobile campaigns for brands. This could involve anything from coming up with an idea for a marketing campaign to designing a mobile application. In the afternoon, I try and schedule some user interviews for Who’s In. During these interviews I’ll sit down with people to learn how they find fun things to do and to let them test out our latest creation. This helps us better understand how people behave and whether or not what we’re building is useful and usable. At night, I’ll work with the Who’s In team on various new product features, and will do designs for anything that is needed.

Bringing ideas to life is always challenging. At Who’s In, we bring ideas to life by having a bias towards action. So instead of spending a lot of time just talking about what people want or what will work best, we’ll spend time building and testing things. We also try to be very organized about what we’re trying to build, so that we can spend more time bringing the idea to life (i.e. building) and less time talking about it.

I’m really excited about how mobile phones are totally changing our world–from the way we interact with one another to how we consume information. Mobile phones have already had a major impact on us, but I believe we’re still in the beginning stages of that impact. There will be much more change to come.

The worst job I ever had was working at a bagel shop. I was 16 years old and had to be at the shop every Saturday and Sunday at 7:00 a.m., which totally blew my weekends. I learned that I didn’t want to work in the service industry, and that I better acquire some skills to do something more fun. In college I focused on marketing, which lead me to other jobs that I really enjoyed.

I would spend more time learning about designing and developing earlier in life. The skills needed to design and develop a website or mobile app are in very high demand, and this trend is only increasing. I initially focused on marketing, which I really did enjoy, and then got into design later.

Find other people! It is critical that you assemble a team of people who have the right skill sets and are interested in what you are trying to do. Building a company is hard any way you slice it, but it gets a little bit easier when you have people on your side.

Knowing what people actually want. At my first startup, We’re SICC, we spent a lot of time writing a business plan and building the site, with little feedback from the outside world. When we did launch, we learned a lot, including that what we were working on wasn’t as valuable to people as we thought it was.

I’ve overcome this now by spending more and more time talking with people about what we’re working on, in order to gauge the usefulness of whatever we’re building.

I think a great idea for a business is a tool that lets app developers receive voice feedback from users when issues arise. For example, if you’re having an issue with your mobile banking app, you should be able to easily talk into your phone and report the issue to the app developer, who would then have a better understanding of the issue.

I would like to change the way people find fun things to do with their friends. The way I’m going about it is by creating Who’s In!

Grouped. It helps you get a great understanding of how people work in terms of social behaviors.

Yesterday. A friend of mine told me about his encounter with an older woman.

I’m really impressed with Richard Bronson and all that he has been able to accomplish. He has created a brand that has truly provided a lot of value to people in so many different ways.

I really love creating things that people enjoy using. That is what drives me.

Where do you see yourself in 10 years?