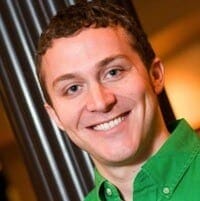 [quote style=”boxed”]Paying a ton of money to customize software that we were licensing and didn’t even own. The lesson I learned is that it’s always better to own than to rent.[/quote]

Nick Friedman is President and Co-Founder of College Hunks Hauling Junk, the largest and fastest growing US-Based Junk Removal & Moving Franchise Opportunity. Nick started in college with just an old, beat-up cargo van and his childhood best friend, now business partner, Omar Soliman. Nick was recently named Top 30 Entrepreneurs in America Under 30 by INC Magazine, was named on the same list as Mark Zuckerberg, founder of Facebook as the 30 Most Influential CEO’s Under 30 by Under30CEO.com, he was named Top 35 Entrepreneurs Under 35 by Bisnow.com, and is an Ernst and Young Entrepreneur of the Year Award Finalist. Nick has been featured in numerous business books as well as Forbes, Fortune and on the AOL Homepage. Nick was also recently featured in a Newsweek story entitled ‘College Kid to Millionaire’,’ along with the founders of Fedex, Dell Computers, Facebook, Google, and Microsoft. Nick’s company was recently named #156 on the INC 500 List of Fastest Growing US Companies, and has also been profiled numerous times on CNN, MSNBC, CBS, NBC, FOX News, and Oprah. Nick has appeared as a guest on National Television shows such as CNBC’s The BIG Idea with Donny Deutsch, Fox Business News, and ABC’s reality based show about entrepreneurs entitled Shark Tank. He has been interviewed by Entrepreneur and Fortune Magazine as well as the Wall Street Journal for his expertise on franchising, branding, and young entrepreneurship.

Nick is an active Board Member of the Entrepreneur’s Organization, a global organization comprised of founders of high-growth companies, and completed an intensive 3-year Entrepreneurial Masters Program at MIT. Nick has been a guest speaker at numerous high schools, colleges, universities, chambers and entrepreneurship groups, including  INC Magazine’s GrowCo Conference, the George Washington University School of  Entrepreneurship, University of Maryland Business School, Orlando Chamber of Commerce, the National Foundation for Teaching Entrepreneurship, and the Extreme Entrepreneurship Campus Tour.

Nick Friedman received his Bachelors Degree in economics from Pomona College in California. Nick competed four years on the Men’s Varsity Basketball Team at Pomona, which was also ranked among the top 5 liberal arts colleges in the nation by US News and World Reports. Nick won the Pomona College Coach’s Award, was named to the NABC Academic Honor Roll, and was designated a Pomona College Scholar. He brings his leadership skills and competitive drive to the company, along with his work experience as an economic research analyst with Marsh & McLennan Companies, Inc.(NYSE:MMC).
Nick is fluent in Spanish and spent a college semester studying economics in Madrid, Spain. Nick’s previous work experience includes Smith Barney and the International Monetary Fund, as well as coaching basketball at summer camps. He continues to be active in the community, volunteering his time as a basketball coach and mentor to local students. Nick Friedman is available for select keynotes and lectures.

I start with a vision, create a strategic plan, and then live by it.

Paying a ton of money to customize software that we were licensing and didn’t even own. The lesson I learned is that it’s always better to own than to rent.

What is one book that you recommend our community should read, and why?

“Effortless Entrepreneur: Work Smart, Play Hard, Make Millions,” because I wrote it. But aside from that shameless plug, I recommend “Mastering the  Rockefeller Habits” by Verne Harnish because it’s all about fast-growth strategic planning.

What is one gadget or piece of software that helps you bring ideas to life?

A tie between my business partner Omar Soliman and Ivanka Trump.

What is your long-term vision for College Hunks Hauling Junk?

To become the largest, most popular employer of college students and young adults in the country, and to become a launchpad for future  entrepreneurs of the world. To grow College Hunks Hauling Junk to over 300  franchises doing over $100 million annual sales.

Which celebrity would you most like to have a beer with?