Pat Ford – Executive Director of Save Our Wild Salmon Coalition 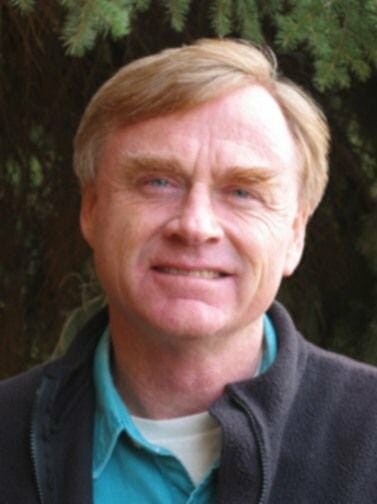 Pat Ford was born in Nebraska in 1948 and grew up in Idaho. He attended Columbia University in New York City and fled just short of graduation into some years of hibernation. At some point the Idahoan by accident became one by choice. He went to work for the Idaho Conservation League in 1977, and he became executive director in 1981. He learned much from many, but left in 1984 for a period of writing, mostly for High Country News. In 1992, he helped found the Save Our Wild Salmon Coalition and became its executive director in 1998. He enjoys reading, writing, bicycling, hiking, gardening and spending time with his two daughters and two grandchildren.

Our coalition is working to restore the endangered wild salmon and steelhead of the Columbia and Snake River Basin in the American Northwest, for productive use by people and ecosystems. We seek to remove four dams on the lower Snake River, so its salmon, the highest-spawning salmon on earth, can spawn on into the future. We seek better management of four dams on the Columbia, notably by spilling water each spring and summer to carry ocean-bound young salmon most safely past the concrete. The local but important benefits of the four Snake dams also must be replaced with value added: non-carbon energy replacement and better road and rail for the people of eastern Washington. That’s our simple little job in a nutshell.

What was the spark that made you dedicate your life to salmon?

It was selfish. After seven years in conservation do-gooding, I had a hunch or intimation that salmon offered a path to push out on, or perforate, that narrow box a bit. It proved so, and in retrospect I can partly say why. In Gregory Bateson’s phrase, salmon are a pattern that connects: spirit to flesh, Idaho to the world outside its bubble, conservation to livelihood, natives to newcomers, water to land, fresh water to salt, feeding to being fed, plenitude to extinction and its shadow. Living where I do, salmon are a great shuttling thread knitting what I care about, and what I must learn about so as to better care.

How can people help Save Our Wild Salmon?

This depends some on where you live and other particulars. You can a) join our Advocates’ Network to get our monthly online newsletter and periodic action alerts: or b) contact Joseph Bogaard if you have questions or ideas: [email protected]

I don’t welcome global warming, but as a trend and connecting pattern about which we will all be learning much, it excites me.

I am excited by the creative energy being mobilized for clean energy. (I must qualify that non-carbon energy is not necessarily clean — if, for example, it causes salmon extinctions.) I particularly cheer individual to community-scale energy technologies that help free people from corporate and government goliaths. This is a technology trend that can unite people across the ideological cleavages we seem prone to.

I’m excited by the ever-growing interpenetrations of business and conservation. I think I spent too long in the 1970s ruts of antagonism between the two to be sure-footed now in experimenting with their synergies, but fortunately I have young colleagues for whom it comes more freely.

Slowly, it seems. Since bad ideas are constantly being brought to life, I start by trying to state ideas precisely, so as to judge their worth. This takes work, alone and with others.

My grandchildren. Women, especially, but not only my daughters. My lifetime musical heroes — I’ll name Ian Tyson, Gordon Lightfoot and Paul Simon, among others. Certain writers and poets. Histories, brought back near to life by good historians. Idaho’s mountains.

Being too timid. And since it has happened over and over, I’m not sure I’ve learned from it.

One book? That can only lead to an arbitrary answer. Since I referred to him above, I’ll pick “Mind and Nature,” by Gregory Bateson.

An intellectual tool that’s been helpful to me is the study of a few conservative historian-thinkers — John Lukacs, Jacques Barzun and George Kennan are examples. They are not political conservatives by standard sloppy definition, but rather historically-rooted conservatives, rigorously alive to limits, the Sirens of technics and systems, the knots in earthly and human timber, the givens that encumber or contain us. Each in different ways takes against the -isms, ideologies and systems that seem to so entangle people. Since conservation is/can be one of those, reading these men has helped me keep some distance from the inflations to which professional change enthusiasts like me are prone. And kept me alive to the meaningful fact that conservative and conservation share a root.

What’s my advice for your older daughter, who is now entering a career, or at least making a long stop, in conservation do-gooding?

Don’t be timid. Challenge your own assumptions (which first must be unearthed) as rigorously as you do others’.

What lines are you lately repeating to yourself?

On a huge hill,
Cragged, and steep, Truth stands, and hee that will
Reach her, about must, and about must goe;
And what the hills suddenness resists, winne so;
Yet strive so, that before age, deaths twilight,
Thy Soule rest, for none can worke in that night.
~ John Donne