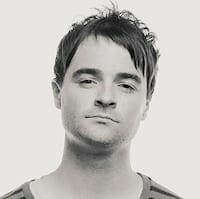 Denver-based musicians Nathan and Patrick Meese, formerly of the band Meese, recently formed a new band called The Centennial. The trio is rounded out by Patrick‘s wife, Tiffany. The debut EP from the group, entitled “Second Spring,” is available now for free digital download via the band’s official website, or for purchase through iTunes.

The Centennial is a mellow-melodic family rock band from Denver, CO. Consisting of husband, wife and brother, the trio mixes ambient guitar and synthesizer tones with towering, borderline-tribal drums and percussion.

“We’ve played in a lot of groups before this,” says songwriter Patrick, “but there is a very different dynamic playing with people you’re related to. Sometimes it’s more difficult, but it also can be satisfying in ways I haven’t experienced with other bands.”

We recently put out a 6 song E.P. It is the first release from our new project and was self-produced at our home in Denver, CO. Right now we’re working on the live show and trying to get comfortable with our new songs and new roles on stage. Our previous band was very much on auto-pilot, so it is refreshing to have a new beginning. We plan on releasing the next E.P. this spring and to continue putting out new music every 6 month or so.

I watch Netflix through my Mac or Xbox everyday. As a musician I’m excited about the licensing and music placement opportunities that could result.

This trend has been growing for a while now and home recording equipment is getting better and more widely marketed. Garage Band was a big step for beginners who, after a while, discover other programs like Reason and Logic that are more in depth.

I give music lessons when I’m not touring and teach students as young as 8 and 9 who know how to illegally download music just as easily as using iTunes or Amazon. I’m glad that they’re interested in music, but they don’t understand that the quality of the mp3’s they’re downloading is usually horrible and distorted. When artist’s give they’re music away for free from they’re site or blog they are able to control the quality of the files that are being downloaded.

My song ideas come to life in the studio when I start demoing out tracks. It’s exciting for me to listen back to melodies and chords that I’ve been playing around with and see which ones really stand out to me or not. Sometimes song ideas that have been sitting on the shelf for years suddenly stand out to me and become part of a newer song.

I’m inspired by people who are great at what they do and also love what they do. Being a musician I find many people who aren’t making a living playing music but still have and inner need to create and perform. Seeing that sacrifice in the people around me keeps me energized and focused on my own craft.

What is one mistake you made, and what did you learn from it?

My last band was signed to Atlantic records and we put out a full-length album in July of 2009. Major labels were well on their way to dissolving but we managed to work out a pretty nice deal regardless. The mistake we made was putting out a record that wasn’t ready to be put out. We worked for a year getting it ready but it still wasn’t finished. We were so worried that Atlantic wouldn’t put it out that when they agreed on a release date we couldn’t tell them we needed more time. The record came out and didn’t do well outside our home market. I still love the songs we put on the album, but can’t help but wonder what would’ve happened if we taken things slower.

What is one business idea you are willing to give away to our readers?

Invest in vinyl if you can. Vinyl sounds warm and has a sentimental quality that will never be found in MP3s or Waves. Younger people are discovering it for the first time.

I’ve been reading “The Bed of Procrustes” by Nassim Nicholas Taleb. It’s a book of aphorisms that are making me think differently about pursuing success with our new project.

I rely on Reason, a music software program, to create most of my synth and drum sounds. It provides a virtual rack with numerous synths, samplers, and effects to work with. It’s great for beginner music software users and for advanced users who want to get really in depth.

What aspect of the music industry will sustain the longest?

Touring. People will always pay to see their favorite acts. Ticket prices might go up and down, but artists who put on a great show will always be OK. Streaming concerts online just isn’t the same as being there in person. Selling specialized merchandise through the concert vendor will always be good source of income for bands.

How is it working with family in a band setting?

Working with my wife and brother in a band setting can be difficult at times but also satisfying in a way that I haven’t experienced with other bands. Blood relatives seem to share some musical bond that is hard to find between other relationships. Communication is the key to avoiding drama.